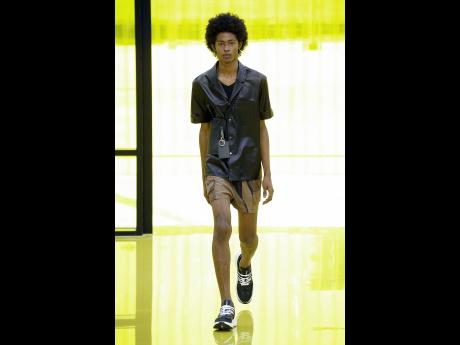 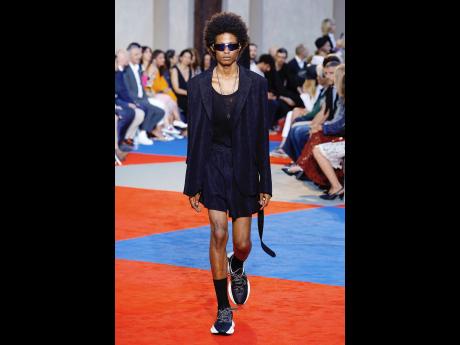 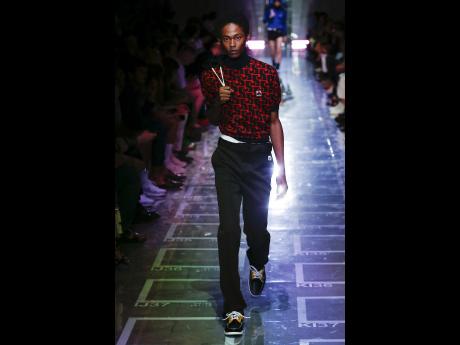 Saint International is leaving its stamp all over the catwalks of the world's most prestigious labels. The latest conquest from The Rock is male model Jonny Brown, who is having a dynamite season at Milan Men's Fashion Week, which recently wrapped in the European fashion city.

Brown's bookings for Milan Men's Fashionweek is a remarkable achievement, as he now has the distinction of being the only Jamaican male model to have walked twice for the luxury Italian fashion house - Prada. His Saint International colleague Brandon Bailey was previously the first male model from Jamaica to be booked by Prada when he walked for their Spring/Summer 2016 collection.

"Once again, Saint International has faithfully presented the ideal, elegant and supremely refined aesthetic (from Jamaica) to the world's most prestigious fashion brands," explained Deiwght Peters.

Represented in Italy by the powerhouse Why Not Models, Brown began his men's fashion season for the Roberto Cavalli show at the Pitti Uomo in Florence. With the historic backdrop of the city, the label's creative director, Paul Surridge, unveiled his debut men's wear line of deconstructed, fluid suits, lightweight trench coats and silk blousons.

Back in Milan, Brown continued his glamorous rampage for Zegna's sportswear collection of luxury tailored track pants, jackets, mesh leather bombers, dreamt up by creative director Alessandro Sartori. Next on his agenda was an appearance for Neil Barrett - a preferred label for global Hollywood trendsetters such as Orlando Bloom. Barrett delivered a sea- and surf-faring-themed collection which mixed Barrett's usual colour palette of sand, beige, navy, grey and black with bright colours associated with surfwear.

Then on Sunday evening, Brown made a repeat appearance for the legendary Miuccia Prada's well-reviewed presentation, which she described as "a lot of different pieces together - serious ones, fun ones, all sorts - but the goal was to construct, to define a youthful, contemporary elegance. They're simple pieces, and I wanted them to make sense."

Moving on to Paris Men's Fashionweek, which began on June 18, Brown is already in the midst of a truly spectacular 2018. Having recently appeared in a Nike campaign for luxury department store Nordstrom, he has also shot a slew of high-fashion editorials, including Men's Uno International, and landing the cover of H Magazine.