Gimmicks or God? - Revivalists get into the spirit of competition 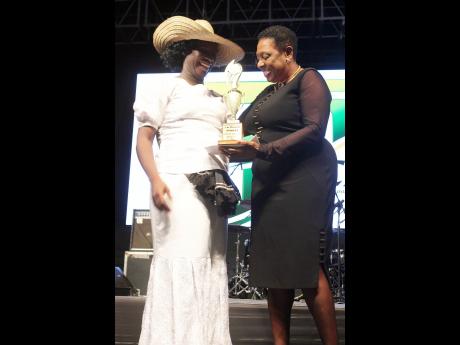 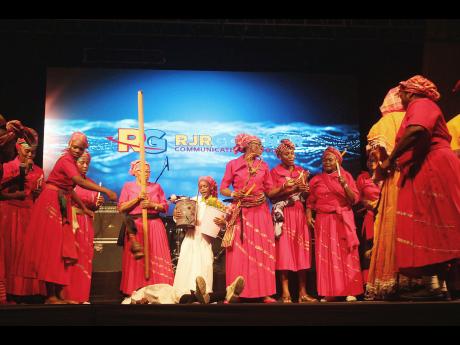 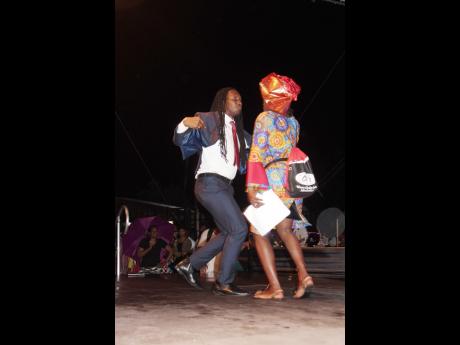 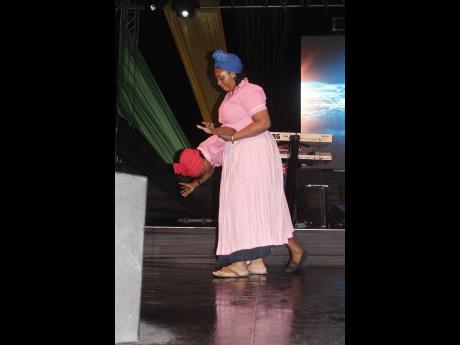 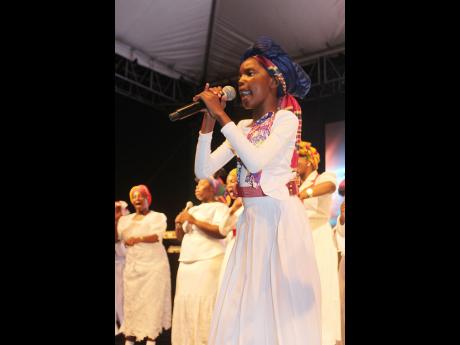 The voices and instruments at the Revival Time Music Festival (RTMF) could be heard from the streets - blending secular sounds with the uplifting, rhythmic yet traditional revivalist message inside the Ranny Williams Entertainment Centre on Sunday.

While all the performances were entertaining, the highlight of the night was watching revivalists within the audience as well as participants enter into 'the spirit'. During Mount Refuge's rendition of Jesus Lover of My Soul, a female member of the group - Yaneika Lawrence - fell on the platform leaving the judges and onlookers in awe, wondering if her groans, trembling and irregular eye movements were part of the performance. The worshippers continued with the moving presentation as they assisted Lawrence off the stage.

According to Pastor Juven Guthrie, it (entering into the spirit) is normal.

"Music and spirituality go hand in hand. Our church cannot fake it, so when it happens, we just have to help the person through it," Guthrie told The Gleaner.

In her address, Minister of Culture, Gender, Entertainment and Sport, Olivia 'Babsy' Grange, shared that it was that particular aspect of revival worship that fascinated her while growing up in west Kingston.

"I would see the revivalists worship from night 'til morning. Persons couldn't understand when persons travel in the spirit, but it was just part of being able to celebrate as a free people," Grange said.

The minister engaged the audience (which had moved from their seats towards the stage) as she, along with the host and coordinator, Sabrina Thomas, Archbishop Donovan Morgan, and Alando Terrelonge, state minister in her ministry, sang and danced to I Want a Revival in My Soul and Daniel's God.

Just before exiting the stage, she added: "It (Revivalism) is a religion that helped black people who were enslaved to worship in their way and I am happy to see persons holding on to their tradition, old and young, so we know it will continue when the older ones pass."

Meanwhile, Maylyn Dillon, the 2017 winner of the JCDC Children's Gospel Song Competition and one of the youngest revivalists participating in the sing-off at RTMF, said that her goal was to make persons look at the Revival church in a different light.

"Many times people look at Pocomania and Revivalism like we are sick in our heads because of certain practices. I want people to know it's not mad people, but good-spirited, talented people," said Dillon.

The 10-year-old gospel songbird said she has never entered the spirit, neither during a performance nor while in church, but she has observed members of the Mount Carmel Revival Mission (where she attends), and is actually looking forward to it happening to her.

The act of entering into the spirit may not have been part of the act, but it certainly contributed to the points; the St James worshippers placed second, but at the end of the sing-off, defending champions Mount Carmel were the ones who once again stomped off with the winning trophy.