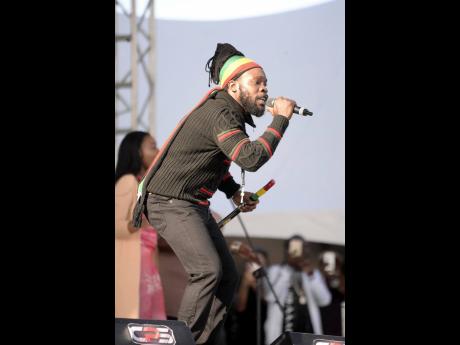 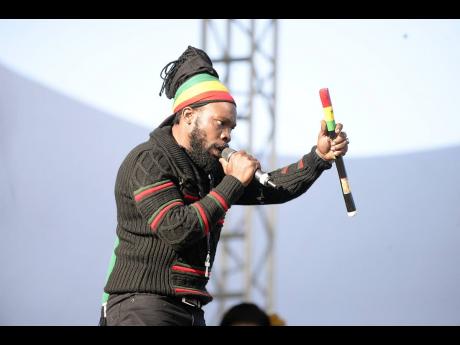 Bushman took to social media to voice his disappointment at having his set cut short.
1
2

“There are artistes who come to me and say that they have out an album or a new song and they want to perform on the show, it doesn’t matter how early or how many minutes they get. As an artiste, I understand this, but I need to be Patrick Barrett, and tell some people no,” Rebel said.

Bushman created a buzz on social media on Sunday evening, after videos appeared showing the roots and culture reggae artiste in tears as he explained how unhappy he was at Rebel Salute when he realised that his anticipated set had been cut.

“This is my third consecutive year on Rebel Salute, so I wanted to give it my superlative best,” Bushman told The Gleaner.

“I was verbally told a week and a half before the event, and it was also included in my contract that my performance time was to be at 7:10 a.m. on Sunday, January 20, for 25 minutes. I thought this was a little late, since last year I performed at 3 a.m., but no worries,” Bushman said.

“I arrived at the venue about 4 a.m. with ample time to relax, and get ready to unleash a sensational performance.”

He continued, “A few minutes before seven, I checked with production and I realised there were about six artistes ahead of me including Vegas, Bounty, Jah Cure and Turbulence, so I knew then the 7:10 a.m. schedule was not going to happen, but nobody gave me a new time.”

The St Thomas-based artiste eventually went on stage close to 10 a.m., and he was only able to do four songs before being asked to make way for Jah Cure and Kenyatta Hill.

“There was huge anticipation among the crowds for Bushman, and I felt angry and infuriated that I was unable to deliver fully as my set was slashed in half. I felt that the organisers stepped on my integrity,” Bushman toldThe Gleaner.

His manager, Vanessa Barnes-Duncan, was also unhappy about the reduced performance time.

“For this show, Bushman went a few extra miles­­ – he rehearsed a lot, he rode his bike twice a day to be at peak fitness, he drank protein shakes and he made sure to get a lot of sleep.

He was 100 per cent ready, so it was a let-down that the final segment was so chaotic that Bushman was told to sing just one song,” Barnes-Duncan complained.

Rebel, in acknowledging the emotions of Bushman, labelled the situation “unfortunate”.

He hastened to add, however, that Bushman is “still mi bredda”.

“He is on Salute every year, and we are looking seriously at his concerns.”

Rebel says he is not taking lightly suggestions that the show should be expanded to three days, but maintains that he would prefer to perfect the two days of the festival before adding another. Questioned about what led to the show running behind schedule, Rebel said he would take the blame.

“On Saturday, we were supposed to start at 7:00 p.m., but we didn’t start until 8:30 p.m. , and then there were four artistes who didn’t turn up for their allotted slot, and we had to spend time trying to find other persons to fill in – so that also ate away at the time,” he explained, adding that when the police approached him about bringing down the curtains on the event, he asked Kenyatta Hill and Bushman to take the stage at the same time.