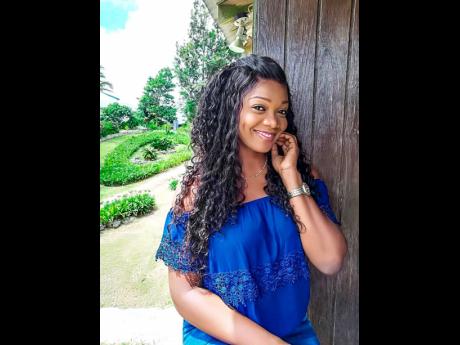 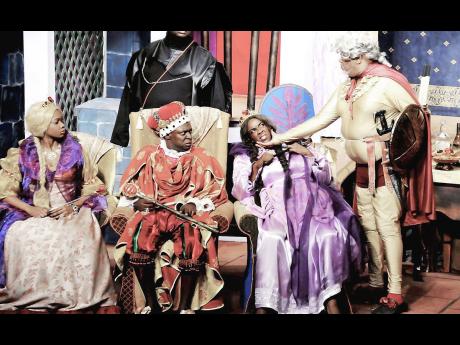 File
Davis (left) in a scene from the play ‘Breadfruit Kingdom’.
1
2

In March 2016, actress Camille Davis decided she was done with the things of the ‘world’ and started her journey with Christ. Although she has been met with her fair share of trials over the past three years, Davis says she has no regrets about giving her life to Christ. In fact, the actress says that her journey has given her a renewed sense of purpose. She knows exactly where she wants to go with her career and has been consulting God every step of the way on how to get there.

Davis told The Sunday Gleaner, that in order to align herself with God’s purpose for her life, she had to take a break from the stage. During that period, she reflected on her career and how she would get to the next level with Christ’s mission at the helm. Davis said that it was during this stage of introspection that she realised that she didn’t exactly love being on stage any more. Instead, she wanted to do film and TV.

“Really and truly, my passion for being on stage died. I love it, but that passion I had at first isn’t there any more. I just feel like I’ve done everything there – played every role – and I wasn’t being challenged,” she said. “I want TV, and to show you how God worked things out for me – Bigger Boss? just manifested itself. I knew that had to be something divine. Even before I got baptised, I wanted to do TV and film, but I just didn’t pursue it actively, and to see how God just transitioned me into this, it’s just amazing. And the opportunity came through Ity (Ellis), who is also a man of God, so I know this was God’s doing.”

Although things are looking up for Davis, she said that she has had her fair share of difficulties on her way to this stage in her Christian journey. “Looking back, I have really grown. I’ve come a long way. I know the sacrifices I made and where I’m coming from. I gave up something I loved to my core. At the time I decided to become a Christian, I was on stage, and that was my bread and butter, and to walk away from it was difficult,” she revealed. “I knew that God wanted me to spend some time in His ­presence, and I had to be obedient. If you’re outside of Christ, what I just said is something that would be hard to understand. People might say, ‘oh she tun Christian and tun idiot’ or ‘she gone follow Jesus and give up her career,’ but my ­stepping away from the stage was what the Lord wanted me to do, and having come into the fullness of what it is that I think God wants me to do in terms of a different direction of acting is worth it.”

Davis noted that absence from the acting scene was not as a result of her being unable to get work. She told The Sunday Gleaner that over the past three years, she has been contacted by every writer in the local sphere to work on ­projects but turned all of them down. “I have been contacted, so it’s not a matter of me can’t get work. I have turned down every single one because I know God was doing a new thing, and I had to be prepared to receive what He had in store.”

She added that her time away from the stage not only brought her closer to God, but closer to her daughter. She says that she has been able to spend more time with her and that their bond has grown stronger because of that. “What the transition has done is given me more time with my daughter. When I was performing from Tuesday to Thursday, I literally had no time for her. I’d get Mondays off, but I had errands, and I’m tired, and so she was missing out on a relationship with her mom. Now, we just have time, so we’re going to the beach, the movies, and so on, and she needs that.”

Davis, who is a single mother, says that just like she trusted God with her career and it fell into place, she is also trusting God in the area of her relationships, hoping to one day walk down the aisle. Davis says that she is being prepared for the moment God will work that area out for her, too. “I trust God, and I know that He’s working on it (marriage). As a woman of God, I believe in marriage, I believe in love, I believe in monogamy. Girl, yuh soon hear say Camille Davis engaged because God a prepare me. I was dating, and that didn’t work out, but I’m telling you, God is working on it,” she said. “I have aligned myself with the promises of God, and so my mindset is completely changed when it comes to relationships. I know I want a man who loves God more than he loves himself, more than he loves me. My Boaz is coming!”