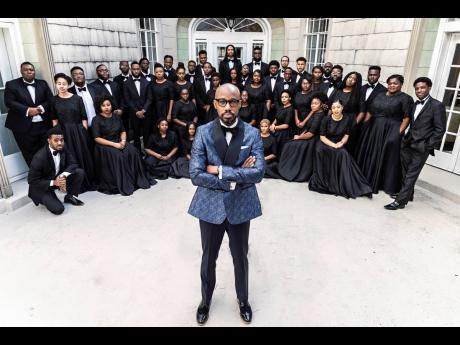 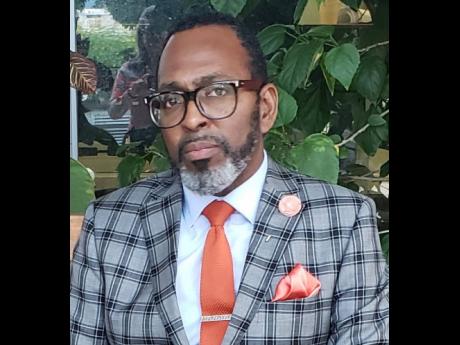 While in Jamaica to minister at the Andrews Seventh-day Adventist Chapel and perform at a fundraiser at the UWI Chapel, Vilroy McBean, manager of the Aeolians, Oakwood University’s premier touring ensemble, made the time to host a master class for 65 music teachers at The Mico University in Kingston. This, he says, is in an effort to lift the falling standard of music in Jamaica.

McBean, a graduate of West Indies College, now Northern Caribbean University (NCU), recalls that while in college, he did a lot of choral music and was a member of several choirs. However, after watching TVJ’s All Together Sing, and his experiences within his own Seventh-day Adventist alma mater, he decided to stage an intervention.

“When I was a student, West Indies College was known for choral music. We had several choirs that were exceptional. However, after a visit there, I realised that the standard had dropped. Then I saw All Together Sing and knew that I had to do something.” That “something” led to a partnership of sorts with the Jamaica Teachers’ Association (JTA) and the ­subsequent workshop.

McBean has identified as critical the need for more training for music directors, and this is something that his team is well equipped to do. “A lot of our SME’s (subject matter experts) have Caribbean backgrounds, and they are eager to assist with this project,” he told The Sunday Gleaner.

Describing the master class as a “wonderful beginning”, McBean is adamant that the collaboration will not end there. There are plans to invite music teachers from Jamaica to Oakwood – a centre for music in the United States – and also to start a Jamaica International Society for the Arts, which will involve not only singing, but also theatre, film, dance, and photography.

“We will be bringing in people to help people and to raise the standard of music in Jamaica. We will offer scholarships for people to go abroad and get the required knowledge and come back home to share it,” explained the St Jago High alum.

Located in Huntsville, Alabama, Oakwood University, which is one of 105 Historically Black Colleges and Universities (HBCU) in the US, has a rich musical tradition, and its musical alumni include the original founding members of the a cappella gospel group Take 6. McBean and his choir, which has several students of Jamaican parentage, have amassed heaps of accolades, the most recent being three gold medals at the World Choir Games in South Africa in 2018 and the coveted ‘2017 Choir of the World’ title, along with the event’s first ever Most Outstanding Director award for their director, Trinidadian Dr Jason Ferdinand, a graduate of Oakwood University and Morgan State University and a former Aeolian.

“And just prior to coming to Jamaica, we received news that we had been selected to sing at the American Choir Directors Association national conference. This is big because in the 60-year history of the organisation, we are the first HBCU to be selected from a blind audition,” he said proudly.

McBean was full of commendation for the choir director who, he said, has been strategic in developing the voices and is very aware of what is needed. Their repertoire of choral music, which ranges from the Baroque era to the 21st century, has been sought after and performed at venues throughout the USA, Bermuda, the Bahamas, the Virgin Islands, Canada, Poland, Romania, Great Britain, Russia, Jamaica, Trinidad & Tobago, and Hungary. Ferdinand, a composer and also a mentor to up-and-coming composers, was named ‘Teacher of the Year’ for the 2017-18 school year by Oakwood University.

The choir, which now has 45–60 members from various disciplines, was formed in 1946. Oakwood University was founded in 1896, and McBean tells the story of church prophetess Ellen G White being given a vision to build a school for black students at that particular location.

Responding to questions about directing his help more within his own SDA organisation rather then the entire country, McBean stated: “I love my church, but I love people. I am not narrow-minded. Music is music. Here in Jamaica, we don’t realise the impact that our music has globally. When I go overseas and say Jamaica, the response is ‘Bob Marley’. No matter where you go in the world, music is a unifying force. And I also believe that in ministry, music has a greater impact than the spoken word.”