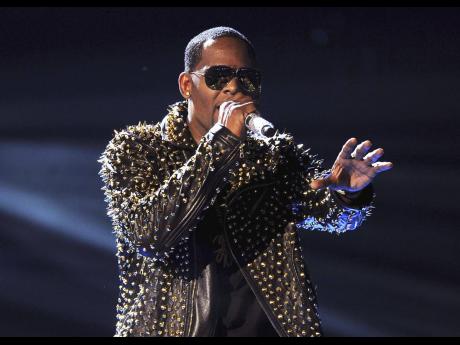 The Ignition hitmaker, who was recently charged with 10 counts of aggravated criminal sexual abuse, sat down for an interview with Gayle King last week, in which he ranted at the camera, paced the room, and grew increasingly heated as he maintained his innocence, but his spokesperson, Darrell Johnson, thinks it was important that the 52-year-old singer showed his true self.

Johnson told CNN: “The interview needed to happen – I really do believe it. Yes, I think it did help him. I don’t think the emotions going so high [helped], but I think he was being himself.”

And the publicist is unsure how anyone in Kelly’s position would have behaved under the circumstances.

He said: “If I was facing 70 years in the state penitentiary, I’m not going to say I would act like that. But how do you act when you’re going to spend the rest of your life in prison?”

Johnson was also quizzed about the I Believe I Can Fly singer’s relationship with his ‘girlfriends’ Joycelyn Savage and Azriel Clary – whose families claim they are being held against their will – and insisted that they have the freedom to leave if they want to.

He said: “I’ve been with Mr Kelly for three weeks, six hours a day. I have the keys. I can walk into his apartment.

“The accusation is that these two young ladies in the home with him now are brainwashed, being held hostage, not being fed, in some black room being told what to say. I’ve been there, and I’ve not seen that.”

Meanwhile, King recently admitted that she wasn’t “scared” by her interviewee’s behaviour.

She said: “I was not scared. I never thought he was going to hit me.

“After, Oprah [Winfrey] and my kids Kirby and Will called me to ask if I was okay because it looked scary. But I was never worried he was going to hurt me. I was more worried that he was going to get up and leave.

“So what I was really thinking to myself was, ‘I’m not done with this interview, so I’m going to let him have his moment’. If I stood up even to comfort him, that could have been his invitation to say, ‘This is over.’ So I didn’t interrupt his anger and let him have that.”