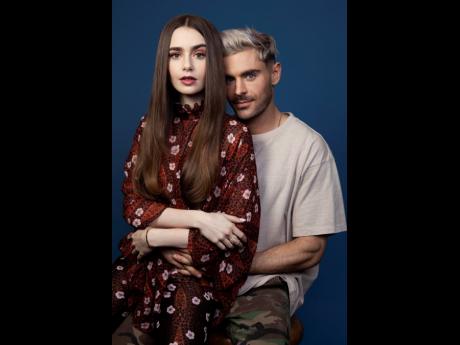 Associated Press
Zac Efron and Lily Collins pose for a portrait at the Four Seasons Hotel in Los Angeles to promote their film ‘Extremely Wicked, Shockingly Evil and Vile.’

There is hardly any violence in the Ted Bundy movie Extremely Wicked, Shockingly Evil and Vile, which premieres on Netflix tomorrow, staring Zac Efron as the notorious serial killer. It was a deliberate choice on the part of film-maker Joe Berlinger – now something of a Bundy scholar with this fictionalised film and his popular Netflix documentary series, Conversations with a Killer: The Ted Bundy Tapes.

Berlinger believes that recreations of crimes have a “numbing effect” that desensitises audiences. Plus, Extremely Wicked, Shockingly Evil and Vile is told from the point of view of Bundy’s girlfriend, Elizabeth (Liz) Kloepfer, a single mom who dated Bundy for about six years beginning in 1969, and through some of his trials. He was executed on death row in 1989.

Kloepfer believes in his innocence even while everything seems to point to the contrary.

“It’s based on what Liz would have seen, which is nothing,” said actress Lily Collins, who plays the part of Kloepfer. “In order to make the audience feel like they’re in the mindset of Liz at the very end of the movie, you have to earn that. And it almost heightens the anxiety because you’re teetering on the edge of ‘is he or isn’t he guilty’?”

Collins and Efron decided to take the leap into the darkness of this story together. The two have been friends for over a decade, going to back to when Collins was a teenage Nickelodeon reporter interviewing Efron and the cast of High School Musical on the orange carpet.

“We had talked about what type of projects we both wanted to do down the line,” Collins said. “It was really exciting for me to see him taking that risk, and I thought to be a part of that felt really natural and very exciting.”

Efron had his hesitations about taking the role. “I had heavy reservations about playing a serial killer, especially one so popular as Ted Bundy,” Efron said. “I didn’t want to glorify or be a part of a project that glorifies any aspect of Ted Bundy or what he did. Nor am I interested in telling something just because it was true or shocking.”

But the script, which Michael Werwie adapted from Klopfer’s 1981 memoir, The Phantom Prince: My Life with Ted Bundy, was different than he expected.

“I liked the idea of bringing attention to the element of Ted Bundy that was so charismatic, and who was able to win over the world and yet be so evil and duplicitous,” Efron said. “I got to really take a look and feel it and it was very uncomfortable.”

Collins was able to meet and spend time with Kloepfer and her daughter, who told her stories about their time with Bundy. “There was so much love and so much trust between the two of them (Bundy and Kloepfer), or so-called trust,” Collins said. “There are these two worlds that I think were really important to show in the film because that’s the truth of it. The reality is that there were happy times. She was leaning so far into those happy times that she didn’t see the other side until later, in the trials.”

Efron and Collins are not fans of the true-crime genre, which is booming on streaming services and in podcasts, but they understand why it’s so popular. Efron noted that the Bundy case, which was televised nationally in the United States, may have helped contribute to the current obsession.

It’s an experiment that has been paying off. Since the film’s premiere at the Sundance Film Festival earlier this year, both have got critical praise for their performances, especially Efron’s unsettlingly natural and transfixing portrayal of Bundy.

They’re grateful, too, to have each other off whom to bounce creative aspirations.

“People who are our age who are still around in the area and want to do constructive things?” Efron said. “It’s not a lot of people.”