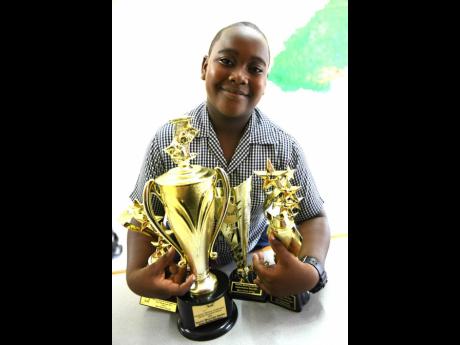 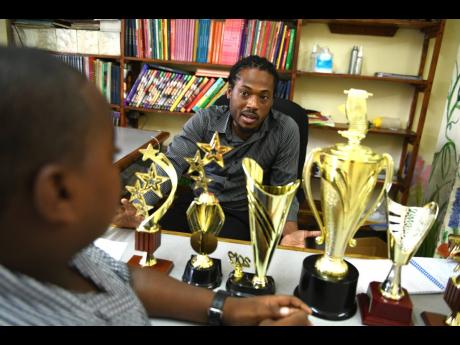 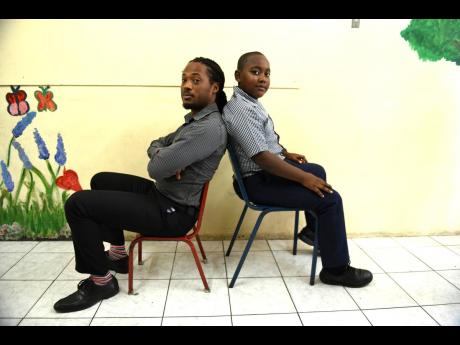 The phrase ‘a little child shall lead them’ certainly applies to Damijae McCalla, who just turned 11. A student of Mona Preparatory School, he scooped up an armful of awards at the recently concluded Jamaica Cultural Development Commission (JCDC) Festival of the Performing Arts in the speech and drama competition.

McCalla, who has become accustomed to winning in various categories in the speech section of the competition, made his acting debut this year with a rather huge bang, winning Best Actor in his junior category, and Best Actor Overall in the competition. “Impressive and unbelievable,” were the words his speech and drama teacher, Brian Johnson, used to describe his young charge’s achievements.

Mona Preparatory, which is not a regular entrant in the drama section of the competition, this year entered with two plays, The Lost and Weather Or Not. “The festival is judged in four classes: junior, intermediate, senior and adult. Both plays made it to the national finals, junior category. I must applaud Amanda Dougan, Zuri-Kamali Vacca and Stephen Rose. Their performance in t he Lost received honourable mention in the judges’ address to the festival,” a proud Johnson said.

Johnson, while downplaying his own award-winning role, commended the students for their enthusiasm and their dedication to the task and for executing brilliantly. He also pointed out that what made their moment in the spotlight so special is that prep schools are not known to triumph in this area of the festival.

With regard to Weather Or Not, he explained, “We had actually started out with a different play, but it just wasn’t gelling, so one weekend, I went home and wrote Weather Or Not, and it hit the right note. The play is based on the true story of a woman in Tel Aviv, Israel, who sued Channel 2, along with the weather forecaster who had predicted that the day would be sunny. It turned out to be rainy and stormy. The woman had listened to the forecast and decided that she could leave home dressed lightly, and that turned out to be very inappropriate. She claimed that she caught the flu and missed out on four days of work.

Of course, all of this is ‘Jamaicanised’, and Johnson creates an interesting balance between humour and sobriety in this frivolous law suit.

In choosing the students for each role, Johnson held auditions, and Damijae was chosen to play the lead attorney on behalf of the complainant – a role he enjoyed immensely. “The best part of the play, for me, was the closing argument,” he said with a huge grin as he took a quick look at the script and got into character to deliver a few of his award-winning lines. And, like his teacher said, Damijae was impressive.

As honest as only a child can be, McCalla said that he thinks the reason he excels at acting is simply that he likes to talk so much.

“When his mother brought him to me for the club, she explained that while he is an honour-roll student, all the teachers say that he talks a little too much. So he has found a way to use his voice in a meaningful way,” Johnson said of the gifted student.

And when Damijae isn’t doing schoolwork or studying his lines, he is just a regular 11-year-old boy.

As for next year, while Johnson is definitely planning on entering the speech section again, as usual, he is yet to decided if he will enter the drama category.