Oliver Samuels lasted half a day at The Gleaner 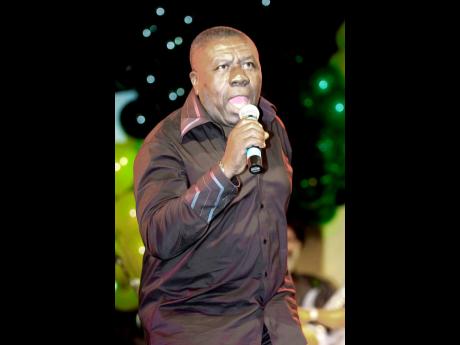 Oliver Samuels is celebrating his 70th birthday this year. Many of Oliver’s fans are in awe as to how young, fit and vibrant he looks. In a now viral video on Facebook, when asked about his agelessness, the comedy icon fired back, “Mi nuh walk and trus people tings”.

Oliver, who was born on a banana plantation in Highgate, St Mary, and later attended Dinthill Technical High School, also added a few other reasons for his eternal youth.

In a wide-ranging and hilarious interview about his journey to stardom, Oliver said that one of his first jobs as a youngster was at The Gleaner Company as a trainee proofreader, but he only lasted a half a day.

“They wanted us to sign a long-term contract, and with theatre on my mind, I wasn’t comfortable with this, so after lunch I never went back to work,” Samuels reminisced.

He said that all the Little Theatre Movement’s pantomimes were important to his growth as an actor, and among his standout productions are Trevor Rhone’s School’s Out. The resounding success of the Oliver At Large series changed the face of local comedy on television in Jamaica

Oliver’s latest production is about the dramas at a tenement yard in Greenwich Town set in the 1970s, and the play is called 56 East Avenue. Other cast members are Volier Johnson, Audrey Reid, Dennis Titus and Lakeisha Ellison. The cast travels to the United Kingdom this week for a series of six shows in London, Manchester, Birmingham and Bedford Corn.