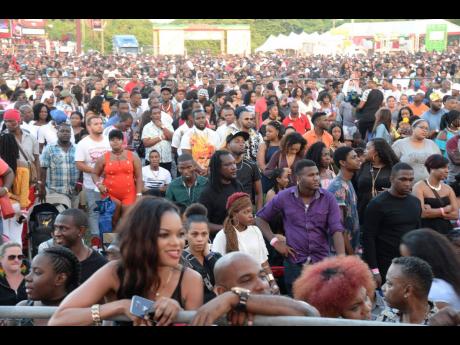 File
The crowd at Reggae Sumfest in 2017. 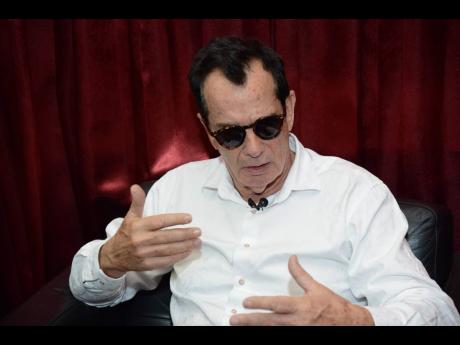 With Reggae Sumfest one month away, festival organiser Josef Bogdanovich is happy with the way his online ticket sales are moving and is making the bold declaration that he and his team are “totally ready”.

“Everything is in order,” a pleased Bogdanovich said. However, he added cautiously, “You know Mr Murphy; he’s always there. But we’ll be rested, we won’t be rattled.”

Reggae Sumfest takes place in Montego Bay, St James, from July 14-19, and the organisers are over the moon with the way in which the tickets are moving. Bogdanovich revealed that tickets are already sold out online. “They became necessary because of the demand. They demanded more, and we gave them the cabanas, and they are all sold out. Patrons are still demanding more, and we had to be more creative,” the Downsound Entertainment CEO stated.

At US$600 per night, which is equivalent to approximately J$77,000, patrons in this Gold Lux lounge will get an exclusive private food-and-bar service, combined with excellent viewing.

“It will be the place to be. The food will be first-class,” Bogdanovich added.

Bogdanovich pointed out that the rush for tickets, coupled with the demand for higher-priced exclusive tickets, translates to the festival finally coming of age.

“This year, it is a festival rather than a concert. People realise that it is a privilege to buy a ticket. You can’t get any tickets for free, simply because there are none,” the businessman pointed out.

An enthusiastic Bogdanovich said Reggae Sumfest will be “an exhilarating, beautiful experience” from the moment patrons step inside the venue, which will have decor that is mind-blowing. Bogdanovich has plans to rival Coachella, but whether or not that will actually happen this year is left to be seen. But he already has the live-streaming locked and even boasted that Coachella this year took a few tips from Sumfest in that regard. “But it’s good to be copied,” he stated.

Rehearsals start next week, and not just with the bands; there will be a lot of choreography involved with the performances of the various artistes, including Bogdanovich’s protégée, Shauna Controlla. “She’s going to have an entrance that is not like anything you have ever seen. And it will be all in keeping with the law,” Bogdanovich said of the artiste, who will be making her Reggae Sumfest debut.