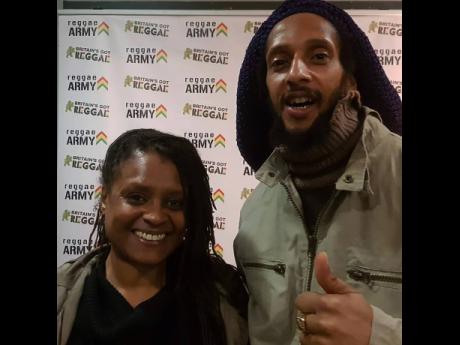 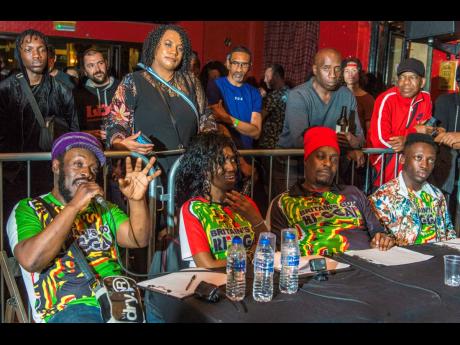 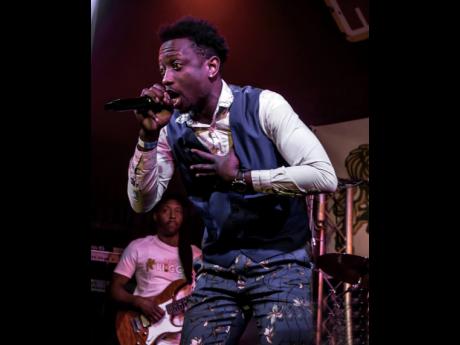 Contrary to the belief that Jamaica’s reggae music is being appropriated by entertainers across the globe, especially in the United States and Europe, Leicester resident and founder of Britain’s Got Reggae, Cyrlene Braithwaite, told The Sunday Gleaner that this is not the case. “Sometimes it is not about people stealing or earning off another country’s culture. For example, in the United Kingdom (UK), there are actually a lot of talented people of Jamaican heritage or who have migrated from the Caribbean, while a few are just passionate about reggae’s influence and presence,” she said.

In April 2015, Braithwaite hosted the first Britain’s Got Reggae (BGR) show, an idea that was birthed out of City Link Up in Camden – an event she had started two years prior but that was adapted to a more multi-genre focus. BGR, which was at a live-music venue in Brixton called Hootananny, supported the dreams of UK-based reggae artistes who wanted to break into the mainstream and perform at the popular reggae festivals staged in the country.

The organiser, who migrated to London over 15 years ago, noted that her mother is Bajan, but her father and grandfather (who inspired her love for reggae music) are from the parish of Westmoreland in Jamaica. Her last visit to the island was three years ago as a birthday vacation and to emerge herself in the local reggae culture.

To reignite Britain’s romance with reggae music, such as Millie Small’s 1964 My Boy Lollipop, the reggae version of Neil Diamond’s Red, Red Wine recorded by British reggae pop band UB40 in the early ’80s, and Boris Gardner’s I Wanna Wake Up With You, she reintroduced the live, music event as a competitive reggae live series a year later.

Braithwaite, who is currently studying music business at the Institute of Contemporary Music Performance in London, embarked on the live series project with the help of well-known UK reggae event promoter Cecil Reuben. “It is hoped that it (Britain’s Got Reggae) would add to the efforts of the musicians and reggae enthusiasts already trying to keep reggae music alive and well throughout the country,” she said.

She added, “There was a point when the opportunities were limited for new talent to gain exposure – radio stations shutting down, to the lack of places that offer live entertainment or even regarded the prospective reggae artistes. That’s what motivated the continuation of the BGR series.”

Auditions are held across major cities in the UK, specifically Manchester, Bristol, Birmingham and London, so they are accessible to interested artistes. The cost for aspirants to show their command of the stage, whether performing the music of known reggae artistes or originals, is £3, and what started as an out-of-pocket project is now being sponsored by the Arts Council England and Lottery Fund.

“We don’t want reggae music to be lost here among all the genres that exist or that will become popular in the next decade. The younger people are not picking up fast on the conscious genre, and we want to encourage everyone, even younger than 18 years old, to give it a chance … . It’s one step in making sure the culture is recognised and continues into future generations,” Braithwaite said.

The next leg happens on Thursday, June 27, with 25 shortlisted contestants who are expected to showcase their reggae prowess in hopes of making it to the finals on July 25. The contestants will be judged by a panel that includes Reuben; British singer-songwriter Beverley Notes; and the 2018 BGR winner, Pierre Angus.

The competition’s first winner, Claire Angel from Birmingham, endorsed the series, sharing, “It is an amazing platform that highlights UK’s reggae talent, and through it, I have built many links, received many opportunities, and my career is moving forward.” The reggae singer has performed on the One Love Festival stage to an audience of over 20,000, and she has also shared the stage with Jamaican artistes Tarrus Riley and Big Youth, as well as international names like Estelle. She has even featured on the British reality television music competition, The X Factor.

Clarendon-born participant Delroy ‘Kofi Brain’ Graham has discovered an opportunity in the UK to share his talent. “The competition has helped me a lot in terms of developing my creativity and improving my performance. It has contributed to me becoming a better artiste and in me getting a tremendous welcome from reggae fans all over, including Africa and Jamaica.”

Popular entertainers Morgan Heritage, who performed at the 2017 finals, and Julian Marley have also endorsed the event.