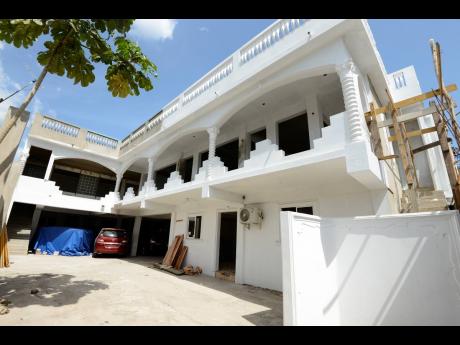 For decades, artistes, tourists, and music lovers have passed through the venerable King Jammys Recording Studio at 38 St Lucia Road in Waterhouse, west Kingston. All things being equal, the establishment will be home to a museum by the end of this year, showcasing the life and times of the studio’s principal, Lloyd ‘King Jammy’ James.

“It has been in construction for about three years now and will soon be completed,’ he told The Sunday Gleaner. “It’s gonna be a big museum on the second floor of the building. We’re dedicating the whole second floor to the museum, and it’s gonna have all of my accolades there as well as all of the instruments that we used in the past like my first mixing board, the ‘sleng teng’ machine, my first tape recorder, a lot of trophies, and all dem ting deh.”

The location currently houses James’ first studio on the ground floor, where recordings with acts like Dennis Brown took place. His second, more modern studio sits on the second floor and is adjacent to the space being designed for the museum. Open to the public, the new attraction will also host a small theatre that will run films and documentaries centering on James’ love affair with music as well as his most famed productions.

Sleng Teng, one such production, is recognised as Jamaica’s premiere computerised beat, paving the way for the forthcoming digital era after it was released in 85, with the title track from late singer Wayne Smith.

James added that the facility will also provide employment to the community where he was bred. “People are already coming from all over – Germany, The Netherlands. white people come down there, and tourists wanting to see the building although it is not finished,” he started. “They just want to come inside and see the studio and the building. I can just imagine what it’s gonna be like after it is finished.”

James first explored his interest in music as a teenager, working with his mentor, Osbourne ‘King Tubby’ Ruddock, who operated a dub-cutting studio in Waterhouse. Ruddock also owned the Hometown Hi-Fi sound system, and James later established his own sound, King Jammy’s Super Power, which played in the community.

As his sound grew in the late ’70s, James ventured into music production, and through his famous auditions, has honed the talents of entertainers like Nitty Gritty, Echo Minott, Red Dragon, and Tenor Saw.

The current construction has put a pause on these auditions, which James still orchestrates despite new technology like social media, which allows upcoming artistes to go viral whether or not they possess artistic skills.

“It’s important that it is continued ’cause that is one of the ways that we get new artistes,” he said. “When we build an artiste, we don’t have to use auto-tune – that’s an add-on to the voice – but when a person is going onstage, you don’t always have auto-tune, so we have to get it right from the auditions. We have an area in the yard where we do it, and we even have a little room where the artiste can go in and sing pon the rhythm and we audition them.”