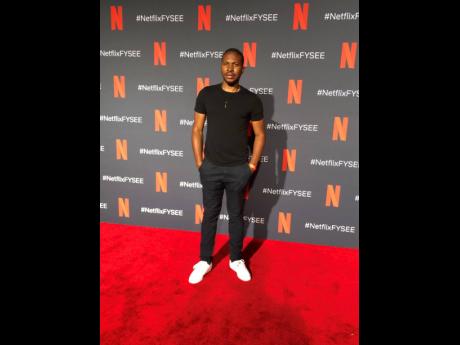 Online film and television streaming platforms are not new. In fact, they are plentiful. But that isn’t stopping a group of Jamaican entrepreneurs from going after a piece of the steaming streaming pie.

Globally, online consumers have developed intimate relationships with their Netflix and Amazon Prime accounts. There is kweliTV in Africa and OnDemandKorea for all the K-dramas that global audiences have grown to love, as much as they would a Netflix Original. Now there is CaribFlix TV by web developer David Wilson and Vueture Entertainment, conceptualised by Twain Richardson. Both entrepreneurs have developed their own streaming services with specific attention on Caribbean content, producers, and their audience in the diaspora.

In November 2017, Wilson had a soft launch of his CaribFlix platform, where there are currently 73 films available for free streaming and another 30 films lined up for the platform’s premium users. “I’m trying to put local and Caribbean movies on one site, similar to Netflix, because we realise there is no one to represent us, and even if we were there, we would be lost,” Wilson told The Gleaner.

Before the platform went live, Wilson sought advice from local film professionals. He also consulted JAMPRO’s Film Commission and other government agencies, who all gave him guidance and advice. However, with mounting maintenance expenses, what Wilson needs most of all is investment. “I’ve been funding this out of my own pocket, so it’s a little slow,” he explained. He has carried the purchasing burden of servers, scripts and other technological devices and applications necessary to run CaribFlix TV smoothly.

Richardson has a similar report that the going is slow but the potential is evident. Vueture’s approach to content distribution varies from CaribFlix TV’s as it is structured to offer additional streaming services for live events and stage productions.

“We’re looking to push more roots plays to the Canadian diaspora. We do have Jamaican content on there and some films on the site. We’re in negotiations with a few film-makers from the Caribbean to get their content,” Richardson told The Gleaner. He reported that subscriptions have steadily increased since the platform’s launch in January 2019. “We have been getting new users monthly, so even though the growth has been slow, we have been growing.”

Richardson recently returned to Jamaica from Los Angeles, California, where he had the opportunity to visit Netflix’s offices and learn more about what happens on the back end of the streaming giant. The hope is to adopt some of those operations for the Vueture platform. “We do have other updates coming, but it’s a slow build,” he reiterated.

Regardless of the snail’s pace outlined by the entrepreneurs, both platforms have aligned aspirations, albeit with different approaches, that could develop into niche online marketplaces. With its scope pointed to consumers in Africa and Asia, CaribFlix TV already has apps developed and available on Google Play and Android app stores. Wilson is currently working on developing the app for Roku TV and Amazon.

In addition to streaming Caribbean films and television shows, Vueture is getting into the business of producing roots plays for online distribution. “We’re looking to provide a studio space for the plays to be done,” Richardson shared.

Vueture’s call for film submissions remains open. “The process to submit is fairly easy. Just send us an email (info@vuetureent.com) with the content type. We’ll watch it so we can place it in a category, then we enter negotiations in terms of how long it will be on the platform and payment structure,” Richardson shared.