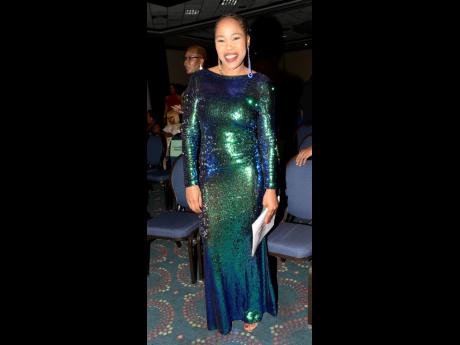 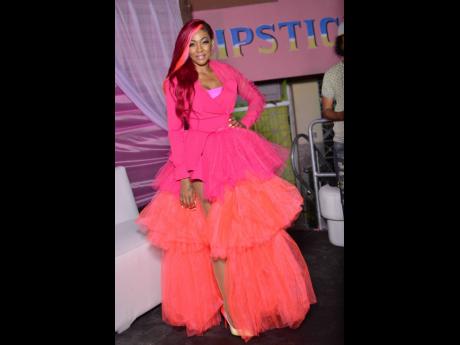 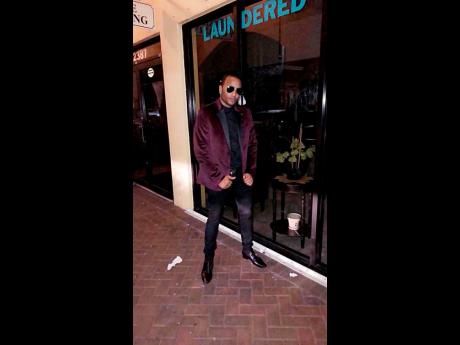 ‘Stop the war on dads’ was the message sent by reggae singer Queen Ifrica in a lengthy Instagram post on Wednesday.

“Give good fathers a chance to be in their children lives, one of the reasons why our men are the way they are is because of us sistas – we raised them to be like that,” Ifrica said. “Stop the blame game and start co-parenting your children. Is two parents the children have, so what if you’re the only one taking care of them? Most of the time that’s what a lot of us signed up for, so deal with it, the children came from your womb.”

Coincidentally, or not, her sentiments come fresh off the social media spectacle between dancehall deejay Spice and the father to her two children, Nicholas Lall, who has been on the receiving end of the ‘deadbeat dad’ label for three years.

In an interview with The Gleaner this week, Lall admitted to not being financially supportive, as when he left the relationship he went overseas, where he attended school. More so, he said when his union with Spice (his former fiancée) ended, he was left with nothing, as he had forsaken his business to be head cook and bottle washer in Spice’s career.

“The mothers of my other children never have these things to say, and while Spice and I were living together, she had only good things to say about me,” said Lall, who added that his ex blocked him from all platforms after he left the relationship, so he was unable to contact her or his children.

“You know what, if waking up every night to make their bottles, changing their diapers and bathing them makes me a deadbeat dad, then that is a title I will wear with pride. When my kids cry out ‘Daddy’ in the night and I get up and go to them, and when I prepare their breakfast and lunch and attend parent-teacher meetings and play the father role, if that is the definition of a deadbeat dad, then I will take the crown,” Lall declared.

Ifrica’s post also culminates months of dinner-table talk on social media, where children – and a former spouse – of celebrities have blasted fathers online. Included in the lot are Davianah, daughter of Tony Rebel; and producer Markus Myrie, son of Buju Banton.

CHILD CAUGHT IN THE MIDDLE

Adding her two cents to the issue, singjay D’Angel, who shares a son with Beenie Man and whose name has come up in aforementioned conversations, said the single-parent household is prevalent worldwide, but parents should refrain from airing disputes online.

“As a mother in dancehall I have to wear many caps, at the end of the day, we can’t be absentee moms,” she said. “I think the issue relates to men overall worldwide, they are not there for their kids, the mothers are more active than the fathers, period. But I don’t believe in bashing anyone at all. As parents, you can settle it amicably, but everybody has their own frustrations. If there is something going on between me and my son’s father, I prefer to discuss it privately because I have to protect my son.”

Professor Donna Hope explained that where some entertainers are concerned, fathering is seen as a biological activity, not a social one.

“We were not socialised to co-parent very well, and once you and the man break up, it’s a big war and the child is caught in the middle. Sometimes because of the constant war, the man can’t be bothered,” she said. “Most of them were very young when they started having kids, and a lot of us were not raised in homes where everything was intact. A lot of these guys ‘buss’, get a lot of money in their late teens and women are coming at them, so they have a lot of sex and before you know it, babies are born.”

She added that women also extend themselves to be ‘babymothers’ of entertainers, initially content with the joyride until another female takes over.

“Women are attracted to these superstars and want to get pregnant for them, ‘cause it’s not just about love, but they can get access to resources, especially when they are the primary consort,” she stated. “It’s difficult for a man to pay attention to several family units at the same time; he tends to focus on the one that is either living in the same house with him or the woman weh him a deal with right now.

“Last we were told, Buju Banton has 17 children, and now that he is out, I wonder how many he is going to add to it, ‘cause when you look on Instagram, women are in love with him and want him, and that may translate into babies.”

Hope said fathering multiple children is not limited to dancehall artistes, as reggae icon Bob Marley also had several children in and outside his marriage to Rita Marley. She, however, added that some entertainers are deliberate about practising safe sex and family planning.

“Some artistes are not married but only have two or three children, because they don’t want a bag of children, so they walk with their condoms. I think we are coming to the end of an era where having a lot of children showed your prowess,” she said.