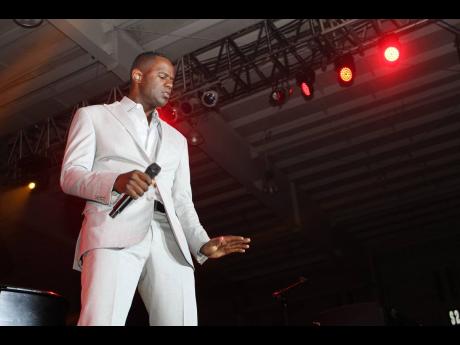 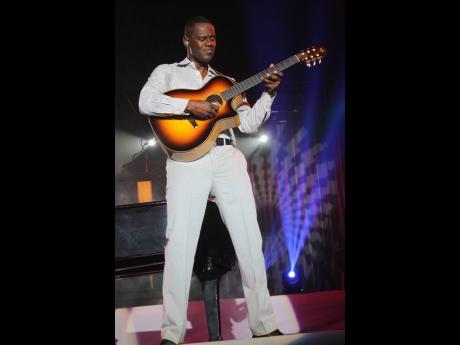 Don’t ask Brian McKnight where he has been. That question is really telling, he says, because his true fans know where to find him.

“That question tells me you don’t really follow me on Instagram and you’re not really in tune with where R&B is today,” McKnight said. “If you’re an avid concertgoer, you’d know I do 150 shows every year. I’m here. You just have to know where to look.”

During a recent tour stop in New Orleans, the 17-time Grammy nominated artist sat down with The Associated Press to discuss his latest project, “ Bedtime Story,” which was scheduled for release in June but has been pushed to the end of the year, and his thoughts about music today.

“It’s 60 minutes of love-making music,” the crooner said, with a smile, about the new release. “I don’t know what anybody else’s situation is. You might just need seven minutes or 12 minutes or 20 minutes, but I’m giving you 60 so that you can just press play and let it flow, let it happen.”

McKnight, now 50, has been serenading fans for nearly 30 years, and in that time, he says that he has been asked over and over to make an entire record dedicated to love – and all that that entails.

“We’ll see if those people who think they’re genius and know what I should be doing know what they’re talking about,” he said laughing. “It’s been fun and a challenge to make because all the songs are about the same tempo, and how do you make a whole record this way and not repeat the same idea without being redundant?”

Bedtime Story, featuring the single When I’m Gone, follows his 2017 release Genesis, which included the single I Want U.”

“I feel very fortunate after all this time that there are people in this world who still want to pay to hear me sing songs that I’ve created, some, more than 20 years ago,” McKnight said. “My joy comes from seeing their faces when I sing a song or I’m about to play a song I wrote and they recognise it.”

“When someone is paying to see me, I want them to think when they leave that they didn’t pay enough,” he said. “I want them to leave knowing I played everything they wanted to hear, that I sang as well or better, than they thought I would; that I was funnier than they thought I would be, and that they leave saying ‘When he comes back, I’m definitely coming back to see him again.’”

McKnight’s career began at 19 when he signed his first recording deal with Mercury Records subsidiary Wing Records. His self-titled debut album dropped in 1992 and featured the Top 20 hit One Last Cry. In 1999, he released his most successful album to date, Back At One, which went on to sell over three million copies.

McKnight, who also plays eight instruments, shared his thoughts on the music genre that is R&B.

“I’m not sure what I do or have ever done has been R&B,” McKnight said.

“When I think of rhythm and blues music, I’m thinking of the Temptations or James Brown, and I’ve never created music that looks like that. I think we as a people get caught up in labels and have to name something, something. And if the artist is black and they’re singing, it’s R&B.

“But what we should do, is say, ‘This is this music, I don’t know what it’s called,’ and let’s see if we can listen to it without having to make a label for it.