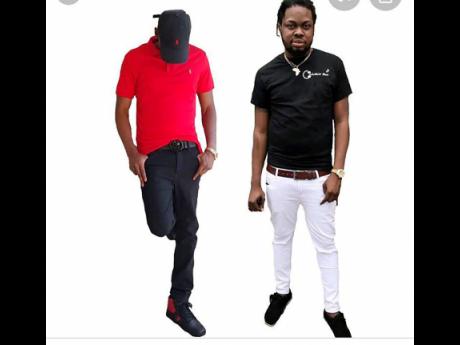 Simply put, Jamaica’s musical influences have always been borderless. The island’s première genre, mento, was rooted in elements of African and European music. Its transitional genre, Jamaica rhythm and blues, saw early Jamaican artistes adopting American rhythm and blues in the late 1950s, bearing songs like Oh Carolina by Count Ossie and the Mystic Revelation of Rastafari and Muriel by Alton and Eddy. The relatively new trap dancehall phenomenon is the perfect example of this musical crystallisation, and whereas the era of Jamaican rhythm and blues did not last a decade, the lead producers of trap dancehall believe that the genre is here to stay.

“I think dem like the freshness of it. The young people like the style and uniqueness, so a lot of people work with it more than the original dancehall,” Mario ‘Din Din’ Hemmings, the other half of Hemton’s production duo, said.

Based in the United States, the label was formed in 2015, using Wizzy’s hip hop signature. The dancehall flavour was later added after they started working with 6ix frontman, Squash.

“It wasn’t a sound we had from the get-go, that happened after we started working with Squash and fused the hip hop beats with dancehall to see how it sounded,” Hemmings said.

Their first release with Squash, Lavish, was followed by others such as Rygin King’s Learn and Paranoid.

“A me and Hemton a tek dancehall wid the trap sound. It’s the future of dancehall a pure trap the younger artistes dem sing bout,” he said. “A nuh watered-down dancehall. It a di only ting a play right now, everywhere you go a di 6ix – Daddy 1, Squash, Chronic Law – and Teejay and Kartel a run the place wid di trap sound,” he said.

Interestingly, Shabba is the son of veteran reggae producer Linval Thompson. Though the trap dancehall sound is working now, he has intentions of producing other genres, which will appear on his debut album slated for release next year.

“A lot of people don’t know what we are coming with next, maybe you will hear a roots reggae, even a hardcore dancehall beat, we nuh try fi keep it on one sound, but because trap dancehall is working now, it a go be the popular sound, but we nuh waan box ourselves in one genre. Everything we drop should always be fresh,” Hemmings said.