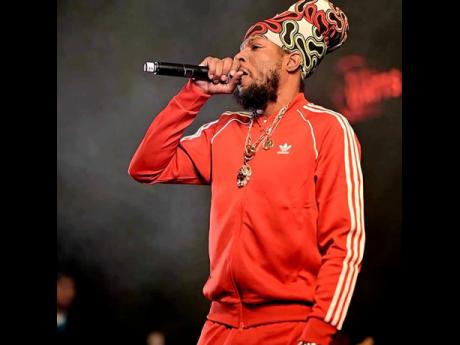 Life is good for reggae singer Jah Mason. He recently returned to Jamaica after a two-segment tour in Europe, where he performed at events such as the Plein Les Watts festival in Switzerland, Metaponto festival in Italy, and other summer concerts in France and Germany. He is gearing up to return to the continent in a few days, where he says he has become a household name.

“I’ve been touring for over 15 years and most of the people over there say I’m in the top five cultural artistes in Europe. People a listen to I and I in Europe from vinyl days. Remember it’s over 25 years mi a record enuh, I’m almost 50 years old,” he told The Gleaner. “Some places me go, di people a look fi see an old man or bigger man, so dem always surprised. But the reception for me and my music are always great, it’s something I’m used to.”

At a time when the Jamaican musical landscape is clinging to the new wave trap dancehall genre, Jah Mason is sticking to his musical style, and finds his niche outside of Jamaica.

“Europe always need fi see the people who started it, the Jah Mason, Anthony B, Jah Cure. Most of the elders weh yuh see in Jamaica are in demand in Europe too, because the people value that old-school music to me,” he said. “Nowadays, dem grasping on to dancehall, but not everywhere in Europe. You’ll find people love dancehall in certain places in Germany, for instance, cause you know the younger generation run with it and like it, but dem grow see cultural music, so that will always be their medicine,” he stated.

His cultural catalogue boasts reggae favourites like My Princess Gone, Up Up Up and No Matter the Time, and he is currently promoting the singles Human Trafficking and See it All.

When he is not in the studio or on a stage, Jah Mason is preoccupied at his farm in Manchester, and even has a scheduled performance in Ghana next month at a farmers’ event.

“Everybody knows me as a farmer and that me plant food in Jamaica and supply to hotels,” he said. “Mi a live happy, a plant mi vegetables and live my life. The industry nah treat me no way fi mi seh mi nuh satisfied. I can’t complain, cause me would be ungrateful if me tell Jah seh mi uncomfortable. Jah a go waan tek back everything him give me. Who nuh happy a the people dem weh nuh satisfied with what dem achieve.”