Chelsea Stewart – pushing the boundaries of a new decade 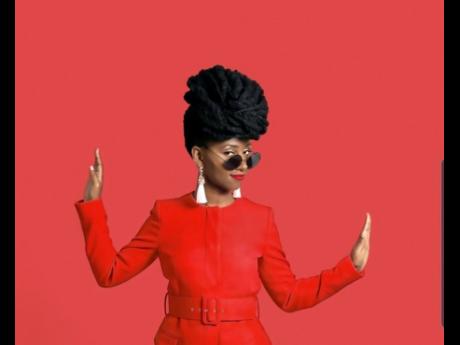 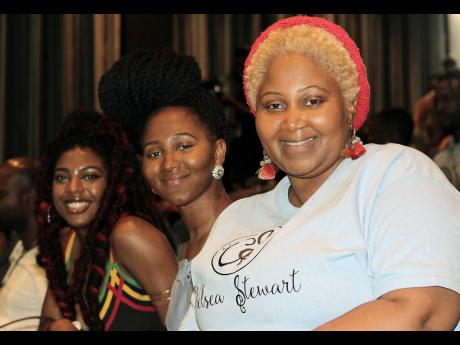 Stephanie Lyew
From left: Singers Amhara ‘Xhosa’ Rein and Chelsea Stewart, and her mother, Karen Stewart, allow our cameras to distract them for a few seconds from the panel discussion hosted by the Jamaica Music Conference last Saturday, February 15, at The Courtleigh Auditorium.
1
2

Historically, the music industry has challenged its players to be ­competitive, forcing hopefuls to put in the extra legwork to get discovered and keep their music firmly planted at the top. Toronto-born singer Chelsea Stewart is a new-wave talent who has been hitting the streets of North America to get her genre-­defying music into the hands of consumers.

Last December, the classically trained ­singer-songwriter released her self-­titled album under the guidance of Sly and Robbie, the producers behind the project. She said that the time was right to ­introduce ‘Chelsea Stewart’ to the ­market. And her Jamaican mother and manager, Karen Stewart, seconded the motion.

“In life when you are doing what you ought to do, there is no second-guessing that. Challenges come, but like Chelsea, I am 100 per cent dedicated, and I have seen the growth,” said Karen of the genesis of her daughter’s career when she spoke to The Sunday Gleaner. “And this is coming from us selling CDs we sold, with song titles handwritten in marker to ­people going about their business.”

The mother-daughter team applies ­guerrilla ­marketing tactics to push the music out and create an audience. With more than 17,000 verifiable physical copies sold of Stewart’s debut single, Over You, the track has made it to number one on three Canadian charts and won awards. The CDs they would sell for approximately US$10 and CAN$10 were marketed in areas dominated by Caribbean people – in the ­restaurants and around the communities.

“It was a song we promoted for two years until people started whispering one-hit wonder, but as soon as she recorded other tracks – Do You Love Me and Perfectly Lonely – the audience was there to sell them to,” the proud mother shared, singing praises to their strategy.

Social media, streaming platforms, performing pro bono, and posters, all the tried and tested methods to promote music, she added, “are great, but nothing beats the way we connected with our people by selling them a tangible copy of the tracks then ask if they want to be part of our movement by taking their contact information and sharing everything we’re doing along the way”.

The two participated in the Jamaica Music Conference. The young singer said: “It all goes back to the dedication to seek opportunities and create a fan base. We were front and centre for the conference but also for Reggae Month – a wealth of ­opportunity. Here in Jamaica it doesn’t matter what’s happening elsewhere. It is the source, the place, people, music, and culture many emulate.”

Chelsea Stewart recently closed her first African tour. Having originally planned to stay in the continent for the Moshito Music Conference and Exhibition in September, she ended up ­exploring South Africa, from Botswana to the eastern coast in Seychelles and Mauritius then Ethiopia. Currently in ­promotion mode for the new 11-track album, Chelsea said, “I am targeting ­people who love music, the young and the old, the hip and new and old souls like myself.”

Chelsea’s kaleidoscopic album deftly incorporates these different artistic eras. The record builds on the warm and easy-skanking ­soundscape that defined her breakout singles Over You and Perfectly Lonely and her 2018 five-track EP Genesis, partly recorded in Jamaica. Crush, the third track on the album, hits the rhythms and moods of a mento band playing live; Forever Your Girl is propelled by the base of Ska; and there is also Ode to the Music, which the singer holds dear to her heart.

“I love old school. I can’t explain how much and why and nobody is doing mento, but all these styles comprise the music on the self-titled album. But since it was put out, I have not been able to promote in North America as I did with the other productions, but I’m headed back to take on the streets,” she said.

“It is a challenge, but I have found people still buy CDs even though it is on the boundary of being phased out. Hardly any cars come with CD players, but there are the sentimental music enthusiasts who love to hold on to a CD, reach what’s on the inside, and then there are those who just buy to support.”