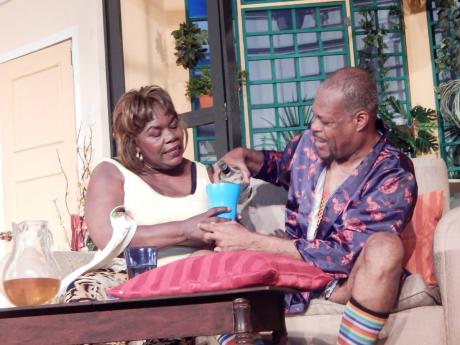 File
Miss Enid (Dorothy Cunningham) accepts a drink from her employer Byron Steele (Earle Brown) in this scene from Basil Dawkins’ ‘Once a Man, Twice a Wife’. 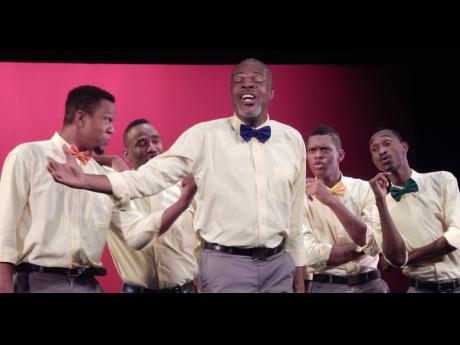 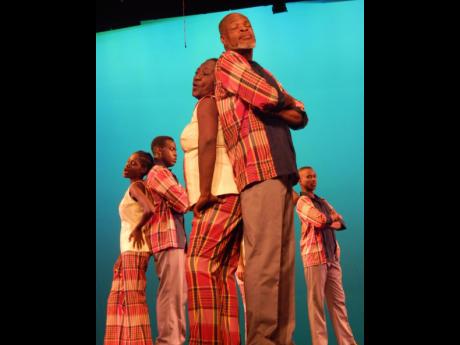 File
Faith Livingstone and Earle Brown (foreground) with other NDTC Singers performing in the ‘Emerald Lights’ suite of songs in 2017. 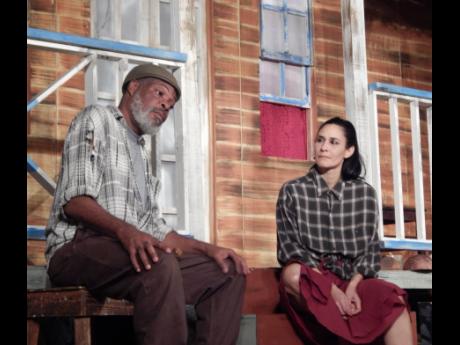 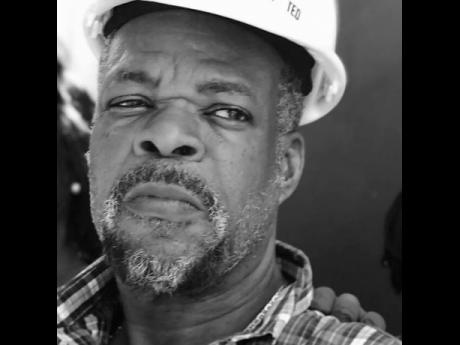 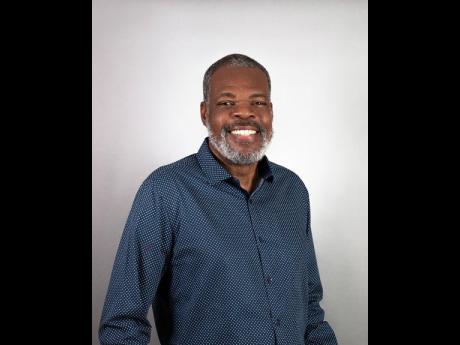 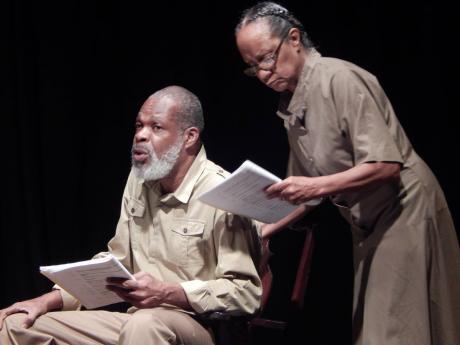 The expression ‘third time’s the charm’ certainly holds true for 2019 Actor Boy Award Best Actor in a Lead Role winner, Earle Brown. On Saturday, a surprised Brown, who had been nominated in the category for three consecutive years, finally hit the jackpot. The competitive field included the best males in theatre, led by master thespian and King of Comedy Oliver Samuels, Glen Campbell, Brian Johnson, Desmond Dennis and Brown.

Brown, who was recognised for his work in multi-award-winning playwright Basil Dawkins’ Once a Man, Twice A Wife, described as “a scintillating Jamaican comedy”, is immersed in the performing arts. He officially started his acting career with the 1978 Ginger Knight play, Underwriter Undercover, where he alternated with fellow nominee Oliver Samuels. His theatre credits seem never-ending, and this isn’t surprising, considering his four decades in the field. Among the productions which Brown has been involved in are Stepfather, another Knight play; Bedward, Lovey, Rosie and Last of the Jokers, all for Louis Marriott; Perry Henzel’s Garvey; Jim Nelson’s Jumbie Jamboree; Jambiz Production’s Amen Corner and Puppy Love; David Tulloch’s Boiling Point and Wine and Roses, and Basil Dawkins’ Pressure Drop and Mass Matt Comes To Town, both of which earned him consecutive nominations for best male actor in a lead role.

Not only has Brown distinguished himself on the stage, he has delighted with his vocals in other ways, when, for over 24 years, he was a member of the National Dance Theatre Company as a singer, which was actually his first calling. 5 Questions With … caught up with Brown shortly after his big win.

1. What role, if any, has deeply affected you personally?

The role of Ezra, in the play December. He had to face certain situations which were a bit close to home.

2. How confident were you of winning the Best Actor gong last Saturday? Did you have your speech ready?

I wasn’t confident at all! I was just happy to have been nominated. It was the third consecutive year, and I was grateful that my efforts were being recognised. In addition, when I saw the quality of the field of nominees, I didn’t give myself a chance. So I didn’t have a speech!

3. What’s the last thing you do before stepping on stage?

Whisper a prayer and take a few deep breaths.

4. What’s the perfect way to spend a Sunday afternoon?

Watching a cricket match (whether live or recorded) or reading a good novel.

5. What are you most grateful for?

My family and close friends, as well as the opportunity to use my talent to engage people.