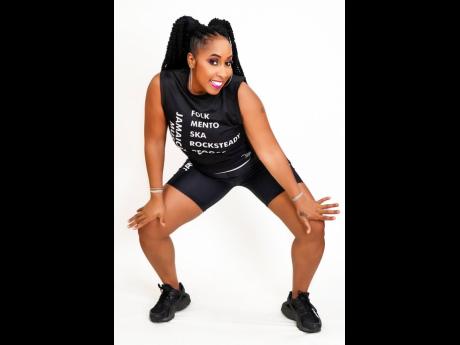 “The interpretation of who a dancer is and what a dancer does is not particularly good,” said Latonya Dillon. The seasoned dance choreographer and founder of Dance Jamaica Academy, who is more popularly known in the performing arts circle as Latonya Style, said that while she will proudly answer to “Dancer, wah gwaan”, she is more than just a person who dances or whose profession is dancing.

“It means a lot more to me to be recognised as an educator, than just a dancer who creates dance moves or puts together choreography and teach it,” Latonya Style told The Gleaner in a recent interview. “The work that I do is not just about movement of the body, it requires a lot of brainpower and intellect, especially with the new norm we have been given to practise the art and expand our reach as creatives.”

The dance educator has travelled to over 40 countries throughout the Caribbean and the United States, across Europe, Africa and Asia to as far as the land ‘down under’, where she has hosted dance classes in all the Australian cities. In addition to face-to-face classes, Latonya Style has entertained online sessions over the years, but admitted, “I never believed in teaching dance using a digital platform; I always want the people to book me or fly come ah Jamaica fi di real, authentic experience.

“It’s a big deal when you can teach dance in an academic space – to impart theoretical knowledge to all age groups – online has allowed for us to push the barriers and raise the standard. Platforms like Tik Tok has allowed for me to promote my brand in Jamaica where, to be honest, not many persons know me.”

Some of Latonya Style’s online dance classes include the two-hour Female Dancehall Lecture Theory Presentation, one-hour Female Dancehall Dance, Authentic Dancehall (Male Movements) and Ska and Reggae Foundation Dance, as well lectures on dancehall and Jamaican culture, and her ‘Chat Patwah’ Jamaican Language Lesson. She bemoans the current standard dancers employ to sell their product. “It is a challenge when some persons are charging US$7 and less to teach our culture, while I’m recommending no less than US$25 because these same persons are going to make much more from the knowledge acquired through our lessons.”

She said, “Worldwide, dancers, choreographers and educators are taking a hit. I have had colleagues who have had to close the doors of their studios. Even I have had to grapple with the possibility of shutting down the physical space. That’s wah gwaan with the dancers.”

Latonya Style has experimented with other educational tools such as recording musical lectures, and over the summer she released her first official music video for her single, Female Dancehall. With Halwayne ‘Halonai’ Coleman of Yaad of Fame Music, she co-produced and recorded the dance education track on the Galang Bad Riddim.

“It was important to write my own song because my other videos were flagged when I used dancehall tracks recorded by other artistes. Also, the song ties into my lectures as the lyrics speak to female dancehall moves from different eras. It is another avenue of promotion, even though right now it nah really connect with dancers,” she revealed in a fit of laughter, pointing out that a large percentage of her classes comprise people who have a love for the culture but are not necessarily dancers or dance educators.

The visuals, which were recorded at Wickie Wackie Beach in Bull Bay, featured seasoned dancers like Carreen ‘Reeny’ Walton of Dance Fyah, dancehall veteran Stacia ‘Fya’ Edwards, among others, and clips contributed by dancers from other countries. Shady Squad’s Matthew Richards edited the video.

“I want the profession to be taken more seriously and for our dancers to think outside of the box of just doing dance but to utilise their talents as a whole, and at the same time preserve our culture,” she said.