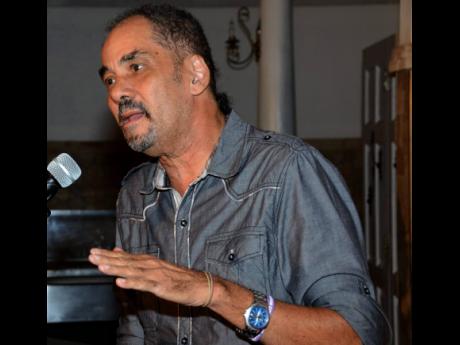 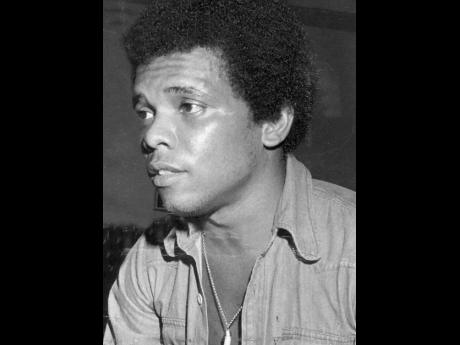 A fabulous half-century in show business is being celebrated this year by Jamaica’s pre-eminent popular band, Fab 5, and theirs has been a journey marked by monumental highs, an enduring legacy and fascinating anecdotes. The passing of American reggae and pop singer-songwriter Johnny Nash on Tuesday, at the age of 80, was a catalyst to send Fab 5 down memory lane. Nash, who is said to be one of the first non-Jamaican singers to record reggae music in Kingston, Jamaica, connected with Fab 5 in 1972.

Billboard remembered Nash in an effusively celebratory piece last week, for its ‘Forever No. 1’ series which honours recently deceased artistes who achieved a Billboard Hot 100 No. 1 single. The article highlighted the fact that it wasn’t Toots & the Maytals, Desmond Dekker and The Wailers, Jimmy Cliff “or even Wailers frontman Bob Marley, soon to become the genre’s signature star, who first brought reggae’s influence to the top of the Billboard Hot 100. Rather, that fell to an ex-teen idol from Houston, who found himself at the right place at the right time to become America’s first-ever reggae crossover star. Nash “recorded with reggae group the Fabulous Five Inc. as his backing band”, Billboard notes; but what the article doesn’t mention is that Fab 5 was never paid for the work they did on Nash’s platinum-selling album, I Can See Clearly Now.

Fab 5 frontman Frankie Campbell shared with The y Gleaner the events that took place close to five decades ago. “In 1972, Fab 5, not yet two years old, was introduced by Harry Johnson of Harry J Studio to Johnny Nash, who was looking for a band to work on an album he was about to do. Johnny Nash had been in Europe with a group of musicians, including Bob Marley, in a boot camp-like setting, and had learned some of Bob’s songs and wanted to include some on the album,” Campbell recalled.

Nash, who was managed by Danny Simms, chose six songs by Marley, among them, Stir it up, Guava Jelly, More Questions Than Answers, You Poured Sugar On Me, How Good It Is and Coma Coma. The fledgling reggae band put their heart and soul into the project, but apparently it wasn’t good enough. “He [Nash] and Simms refused to pay Fab 5 after the songs were recorded, saying that the tracks did not sound good,” Frankie Campbell recalled, without any trace of bitterness.

Nash subsequently recorded the title track for the album, I Can See clearly Now, in the US and when the album was released, all the songs played and arranged by Fab 5 were included. “We were not paid and we were not given any credit, either. I guess it is called paying our dues,” Campbell said, even as he paid tribute to Johnny Nash as “a very talented singer with an incredible range”.

But there was some satisfaction for the band, after all. “ Stir it up was a hit off the album and became Bob Marley’s first international hit as a songwriter. Barbara Streisand was so impressed by this version that she recorded a version herself. Al Green was so impressed with how the reggae songs on this album sounded that he came to Jamaica looking for Fab 5 to do a recording with him, but never found us. Fab 5 was Conroy Cooper (lead arranger keys and recorder); Grub Cooper (drums recorder;) Junior Bailey (lead guitar); Steve Golding ( rhythm guitar); Frankie Campbell (bass) and Peter Scarlett (percussion),” Campbell disclosed.

There has been an outpouring of tributes following confirmation of Nash’s death by natural causes, and the sales of his music received the expected boost, while his songs have made their way onto reggae charts. In an interesting twist, however, racing to the number one position on the iTunes Top 100 Reggae Singles chart is the cover version of Nash’s hit, I Can See Clearly by none other than Jamaica reggae icon Jimmy Cliff, while Nash’s original sits at number two. In paying tribute to Nash on social media, Jimmy Cliff posted a video of himself singing I Can See Clearly Now, which he described as “a wonderful song that I covered”.