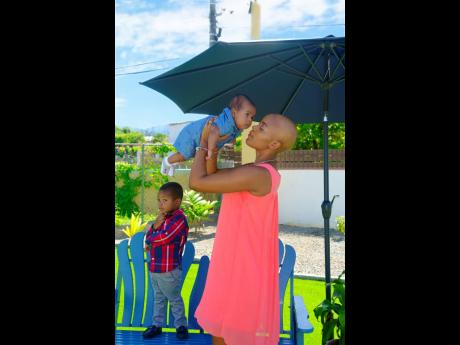 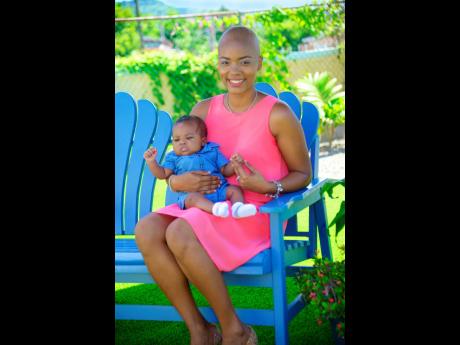 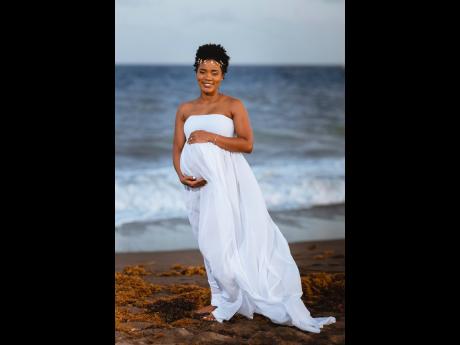 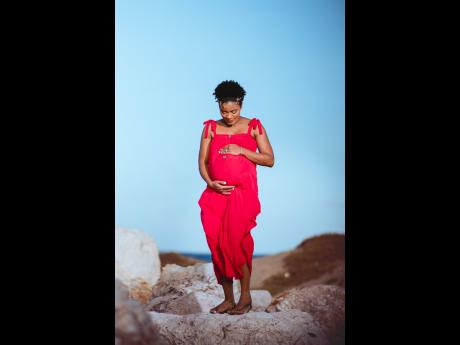 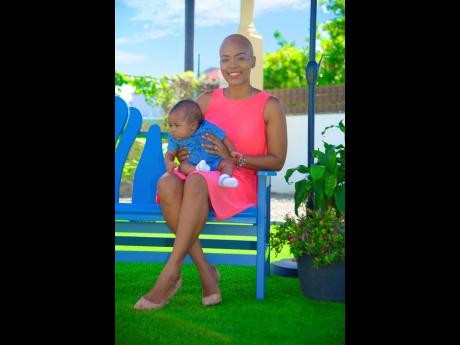 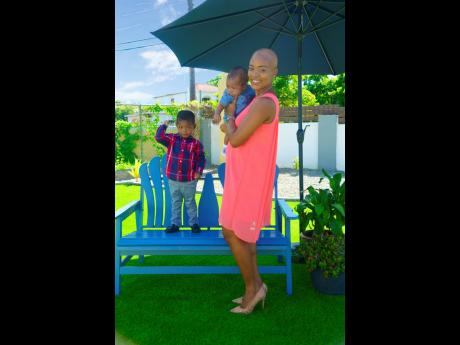 “We don’t know how strong we are until being strong is the only choice we have.” Tara Montaque could not have imagined in her wildest nightmare that life as she knew it would change overnight. As we continue to celebrate October, we highlight another beautiful warrior and her unique breast cancer fight, one that involves pregnancy.

HOW IT ALL STARTED

“I woke up with a bloody discharge on my bralette and I was uncomfortable with it. I called my OB-GYN who referred me to a surgeon to do some checks, because the suspicion was that one of my milk ducts had a papilloma growing.” She continued by sharing that shortly after that she found out that she was actually pregnant. That made her and the doctors relax because they thought papilloma was a pregnancy side effect.

She settled her nerves and scepticism with this discovery and decided to get rid of the duct to have a nice and healthy nine months. What happened after that biopsy in January of this year was an official diagnosis in February that she had stage one non-invasive breast cancer. Montaque was numb. “Because I had put it far back in my mind, I was not expecting that diagnosis any more, and then I was thinking about the pregnancy as well. When the surgeon said it to me, he saw how blank I was and he picked up that I wasn’t processing anything. So he advised that I go home and read the report so that we could discuss a way forward. It was like an out-of-body experience. It felt like my world was changing and I had no control over it,” she confessed. Compounded by the fact that she was carrying a baby, her maternal instincts kicked in and she knew she had beat this; her life and that of her offspring depended on it.

She was also assured by her medical team that she could have her baby. That restored all the faith she needed. But this was not going to be an easy road.

They told that her first line of treatment was a mastectomy, and due to the early detection, this would be the cure-all for this particular kind of cancer. So two weeks after finding out, in March, she did a radical mastectomy. Going under general anaesthesia not once but twice was nerve-wracking for Montaque, and given her pregnant state, there was always the possibility that her baby would not survive. “It was just hard, so hard. Life got challenging because pain management was tweaked because of the pregnancy. So imagine doing major surgery like that and being given only Panadol to treat it. And I have this baby growing and wondering if with all that I’m going through, is he going to be okay,” she lamented.

It took a psychological toll as well, but the warrior mom thanks God for mental strength and a strong support system found in family. Her coping mechanism included compartmentalising a lot of things. There were days that she woke up crying, thinking what if she was going to live to see her boys grow up, graduate, go to college, have their girlfriends, and get married. “Those were the things that played on my mind, that I’m going to die and leave them. I just had to put it at the back of my brain to say, ‘Look here, don’t stress yourself. You have to have a healthy pregnancy’, because stress and the baby don’t go well. Next thing, the blood pressure goes high and that’s another complication.”

After the surgery, she had her anomaly scan and everything was fine, and her pregnancy progressed nicely, continuing on a healthy path. Following the mastectomy, the tissues were sent off for a histology report, and that took a couple of weeks. She also had to send off immunohistochemistry to know the receptor types. By the time she received all those results, her pregnancy was almost full term. She needed a short course chemotherapy to top off her treatment. But because of her baby, they delayed those proceedings to focus getting her son into the world.

Montaque safely delivered her baby boy at 38 weeks and started chemo a month later, which she is halfway through. “Everything you hear about chemo, and the side effects, it’s true. Caring for a newborn and her three-year-old toddler has its challenges, but what would we do without moms? I have my mother and husband here to help. They really make this journey manageable for me. My boys are my motivation, along with my family and my praying friends.”

The registered nurse by profession, though not active in the trade, is a medical representative for a pharmaceutical company, who mainly advocates for pregnant women. With that in mind, she saw it fit to share her story with others because during her darkest times, when she wished she had someone to talk to, like a mom who went through this season, there was no one. “I called the Jamaica Cancer Society and they had no one to put me on to. The lady at the cancer society was actually surprised that I was diagnosed during pregnancy and that I did my surgery while I was pregnant. I googled and nothing came up. I had to turn to Instagram and YouTube to find moms abroad who I could relate to. Reading their stories inspired me.” When October came around, she wanted to shed some light on pregnancy-associated breast cancer in Jamaica. “It does exist. I want to live to raise my children and I want another woman to live to raise her children too.” She continued, “The downside to our diagnosis is that the cancer moves more aggressively in your breast because of the hormones at play due to the pregnancy. So if you miss it and you are diagnosed later, what you find is that stage is greater. I want to bring awareness to this arm of breast cancer. And to another woman out there that is pregnant, don’t take it for granted that the pregnancy is causing it. And if you find out it is cancer, don’t be afraid to act on it. Your baby will be fine, you will be fine, and you will live to see your baby born healthy and nice.”