‘Nah Give Up’ - Hit by COVID-19, show goes on for local theatre with virtual National Pantomime 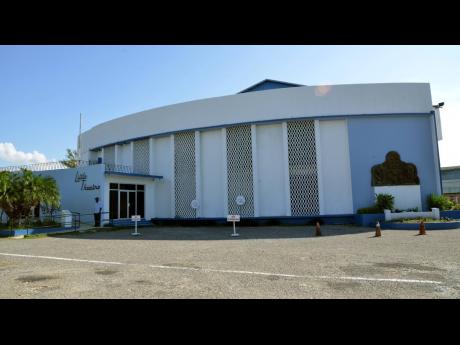 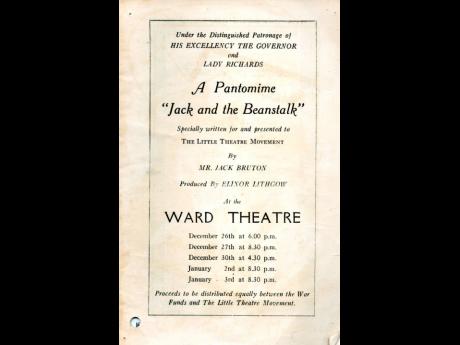 x
‘Jack and the Beanstalk’ was the first pantomime to be staged in Jamaica in 1941 by the Little Theatre Movement. It was written by Vere Bell Bruton and the proceeds from the performances were slated to be divided equally between the War Funds and the LTM. The thirty four page programme is replete with advertisements as well as references to specific aspects of the performance.
1
2

The National Pantomime was first held in 1941 with Jack and the Beanstalk being its first production. Since then, the annual shows have become a staple on the local theatre scene, and with its Boxing Day grand opening, a formidable connection between the productions and the festivities of the Yuletide season was forged.

For 78 years, that bond has stood the test of time. Through economic hardships, and fears that it would die a natural death, The National Pantomime has weathered the storms of life. So this year when COVID-19 threw one of the hardest punches the space has seen, pantomime proprietors decided that instead of folding they would pull out all the stops to ensure the cultural legacy of pantomime continued. Steadfast on the mantra of not giving up, pantomime has vowed that come December 26, the show must go on.

“What we have decided to do this year is a virtual pantomime production which will be aired on the usual Boxing Day with kick-off at 6 p.m. We have been fortunate enough to get the support of PBCJ (Public Broadcasting Corporation of Jamaica) who have offered to air this year’s show on their platforms, and on their station and so the pantomime continues,” said Anya Gloudon-Nelson, production coordinator at Little Theatre Movement of Jamaica, producers of the annual pantomime.

She added that the theatre has been through many difficult episodes over the years.

“The pantomime will be 78 years old this year and so we can’t stop now. We have to continue this rich cultural legacy in theatre. This has been going on since 1941 and it would be a shame to make COVID mash we up. We made it through Gilbert, we made it through so many other storms and difficulties and challenges and so we thought to ourselves this year, that we must find a way to keep things going. The wonderful thing is that with the technology we have now, we can reach a wider group than ever before. So why not use it, show we face, do we thing and bring the usual Christmas cheer that pantomime is known for,” Gloudon-Nelson said.

RESOLUTE IN THEIR MISSION

Revealing that the theme for this year’s show is ‘Nah Give Up’, she told The Sunday Gleaner that the Pantomime has been reeling from the shutdown of the entertainment industry, but says the team has remained resolute in their mission to keep the pantomime alive. And so, obeying social-distancing guidelines, the cast and crew in this year’s production came together to create a show that will tie in happenings from the COVID-19 pandemic with pieces from productions past.

“ Ruction Junction was last season’s pantomime which was of course cut short due to the COVID outbreak and so what we’re doing this year, (we’re referring to it as a review) is taking bits and pieces from characters from the past and scenes from previous shows and we’re stringing them together in a very loose format with what we’re going through right now to speak to the theme of ‘Nah Give Up’,” she said.

“For example there is a scene with a grandmother and her younger relative and it is the first time she’s going out since the COVID lockdown and she’s grumbling how dem treat people like dem ‘cold up’ a tell dem fi stay home and old people nuh used to dem kinda thing because dem eat up dem yam and dem thing deh so dem stronger than yuh think. It’s us finding a way to keep the theatre spirit going.”

The theatre practitioner said although things were different this year, putting together the production was exactly what the cast and crew needed to reclaim some semblance of normality. She expressed that since the lockdowns, she and her colleagues have been feeling like “fish, out of water”.

“We haven’t been fortunate enough to get anything (in terms of external support) and so we’re still working on favours and friendship and each other. We do have a family atmosphere at the pantomime because for most of us, our holidays are spent together and with half of the crew not working, we kinda didn’t know what to do with ourselves,” she said.

“By now, we would have been trying to figure out how to move that set piece and figure out how that’s going to fit into that to make the show come together and so it’s all been kind of stressing. But it’s also heart-warming that the relationships are still there and we’re still working towards the goal of just making sure everybody gets a little happy culture from the pantomime and that alone has lifted our spirits. I am grateful for the fact that the cast members were really on board and put their all into it. We were being guided by Pierre Lemaire who stepped in to direct for us partly because we had lost our director Robert Clarke earlier this year. We are rebuilding, working, sticking to the challenge and as the title of the production for this year says, we just ‘nah give up’.”

The production set to air on PBCJ social media platforms as well as television station will be free. Gloudon-Nelson said that with as much loss as the theatre space has incurred, it would have made sense to charge a fee, but expressed that at the end of the day, the joy the production will bring, especially at this time, was priceless.

“It’s wondrously free. We woulda did love fi make a money off this, but in truth and in fact our intention wasn’t to make a money, it was to make sure that everyone got a likkle taste of, the smell of and feel of Christmas. We just wah viewers to get a little taste of happiness. It’s been a rough, challenging year but passion is what will get us through this,” she said.

“We decided to do this for free because of passion and dedication to the theatre and it is that same passion and dedication that’s going to keep us going. No matter how much we get knocked down we love this too much to let go. And so we will keep at it and that’s what is going to keep Jamaican theatre going. We’re going to find ways to make it work, we’re not going to roll over and die. COVID wah batter we but COVID nuh more than we.”