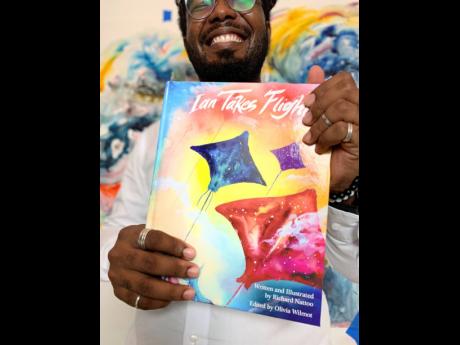 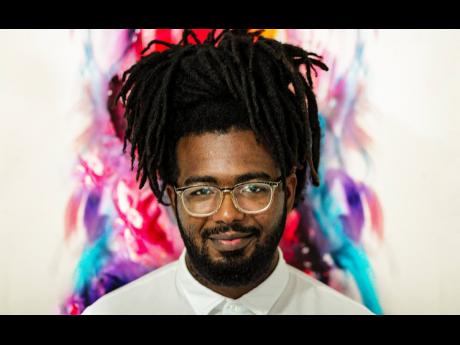 Contributed
Richard Nattoo is one of 40 selected awardees for the CATAPULT Consultancy Voucher Programme and a recipient of a Prime Minister’s National Youth Awards for Excellence in the category of Arts and Culture.
1
2

Double the talent equals double the success for Richard Nattoo, one of 40 selected awardees for the CATAPULT Consultancy Voucher Programme and a recipient of the Prime Minister’s National Youth Awards for Excellence in the category of Arts and Culture, an honour he is still finding the words to describe.

“I want to use the arts and culture platform to show that it’s never too much to take on a project you are passionate about. Our island has a vast community of creatives, a lot of whom have dreams to do make an impact with their art, but sometimes adulthood and everything else makes us feel like we can’t,” said the artist (and artiste), who, with the CATAPULT grant was able to achieve one of his dreams to launch a website, www.untitledbynattoo.com, yesterday.

But while he basks in recent achievements, he is beaming about the official release of his first children’s book titled Ian Takes Flight.

“I started working on the book in May that includes the illustrations, as it was sort of a mental ladder out of the pandemic. Then Olivia Wilmot of Earth and the Fullness reached out with an idea for us to collaborate on the project, as she became my editor, and by October we made it available for pre-order. However, the official launch and book-signing was last Saturday,” Nattoo told The Gleaner.

He added, “The completion of the book, which is published by Bookman Express, lined up perfectly with everything that has been happening and the feedback has been inspiring, especially as many persons who purchased the book at the event (held at Marianna’s Kitchen in the Market Place) weren’t aware of it prior to coming to the location. It really was not intentional for Christmas, but I would hope it will bring cheer to someone who is gifted with it.”

He currently does the majority of his artwork with watercolours and acrylic paints, pen and ink on archival paper, and most recently glass where the themes of love, heartbreak, enchantment and social consciousness are widely manifested in the final products. It is no different for Ian Takes Flight where Nattoo takes the reader on an adventure with the main character illustrated as a child, learning new things and finding the beauty in all he sees.

The illustrator, now author, expressed, “It was inspired by real-life events of a child who spends the holidays at his godmother’s house; the story is expected to spark magic within the reader. Sometimes as adults we forget our inner child and this book is able to take you to a place of magical discovery,” he said, adding that the character, “Ian … I wouldn’t say he is me”.

Nattoo, 27, belongs to a new breed of creatives who pays particular attention to himself apart, not only through visual arts, but also through music and production – and not just any music, the artiste shared, he specialises in electronic dance music. Though traditionally the EDM scene is not significant to Jamaica’s music culture, he performs under the moniker Mr Nattoo, as part of a small dancehall-experimental society. He was also in an EDM group called Pseudo Kool, but it did not become known for any particular contribution to the underground culture.

“It’s definitely in the making, that is, dancehall-experimental, as I continue to examine our local genres I am finding a place for electronic dance music which I create using Maschine Drums, and software such Ableton Live and FL Studio, and more recently jazz music,” Nattoo shared.

His most recent single Too Much (My Magic World) is just the start of enigmatic musical journey that the artiste plans to take Jamaicans and the wider Caribbean diaspora on as he explores art in several forms.

“Exploration has always been a constant in my life, and an integral part of my art and artistic processes. I create in an attempt to capture and deconstruct the common feelings and emotions of everyday life, so that I can examine their inner workings and translate them, into the surreal spaces that we all inhabit within ourselves,” he said.

Five were awarded with the Prime Minister’s National Youth Awards for Excellence in the category of Arts and Culture. They are: Nattoo, Waldane Hampton, Deon Green, Saeed Thomas and Akeem Mignott.