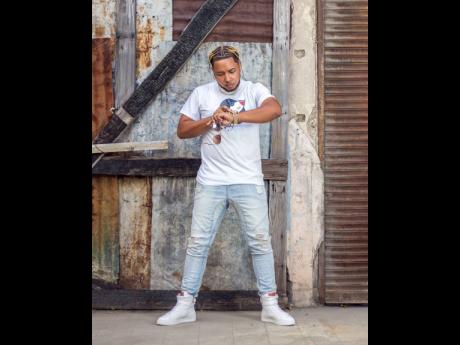 Contributed
Even in the prisons, which he began visiting in 2019, Lucas Musiq says he has witnessed a new reaction to ministry. 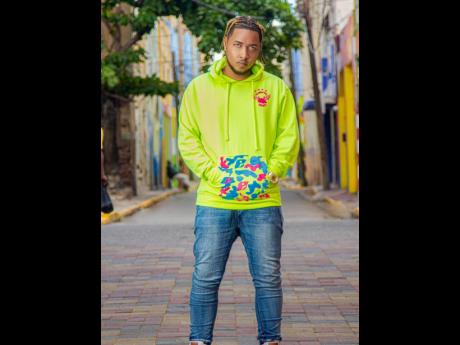 A background in music production for secular audiences is not lost on Lucas Musiq. Formerly known as ‘Tzone’ in reggae-dancehall circles, his experience in working with the likes of deejays Blak Ryno, Vybz Kartel (credited on the 2011 single British Love) and Alkaline, as well as veteran singer Luciano in one or more areas as an audio engineer, music producer or songwriter, helped to expand his initial reach and resume.

But at the beginning of his journey in Christendom, Lucas Musiq said, “every connection [on that side of the recording industry] was cut”. The gospel artiste, producer and songwriter later recognised that was not the best decision, especially with the mandate of his music – to touch the lives of the younger generation far and wide.

“When I got saved, I was sky high and no one could offer their opinion about anything,” he revealed in his recent interview with The Sunday Gleaner.

He added, “It didn’t matter what anyone wanted to say. Then, at another point, I felt like giving up. I came into Christendom thinking I would get love from specific people. It got off to a rocky start, but the more a person reads, and with good mentorship, the more knowledge is acquired. I can say, though, that I have reconnected and reasoned with colleagues across the music industry.”

Over time, Lucas Musiq discovered ways of unearthing different genres and planting prolific, religious messages within his music for all listeners to understand. And for those who think the gospel music of his generation pushes the envelope too far, the gospel rapper is taking things a little bit farther by giving a lyrical package that, at first, like a gift, may be hard to unwrap, but in the end is so worth it. The spiritual word-wielder tells stories, good and bad, that he believes need to be told in his music.

Looking at past productions such as Ease Up and Bout That Life, he explained, “I could possibly be the first to do a girl-themed gospel song, meaning, speaking to a female about wanting to be with her while teaching her about God.” His writing skills and style have matured over the years, and even more during the pandemic, he said, having acquired his own studio space and the time to meditate on the music.

“I always had a love for hip hop and R&B music and similar genres, and when I was told that I could use my talent to glorify God, I thought, “I don’t want to sing the type of gospel music that was popular in the church”, but then I was introduced to rappers like Lecrae, who inspired me to try,” he said, adding that, he is winning awards for his efforts. He is the 2020 recipient of the Gospel Touch Music Awards for Rap Artiste of the Year.

“It’s a pleasure to be nominated amongst established artistes for prestigious awards, but I am also very grateful, because it shows the hard work I put into my music, and thank the fans who went through the voting process,” he said. “There are still people who still look at me and criticise me for the tight pants or blonde hair, but it doesn’t matter. What matters is that Lucas Musiq is a strong believer in Jesus Christ. I have gotten a lot of backlash, but what you see is what you get, and non-traditional methods to make the messages easy to relay and to grasp.”

He said that God inspires the rhythms, lyrics as well as the choreography that his own dance group, Not From Here dancers, creates for the songs within his catalogue.

His strategy of ministering through music has always involved making connections with persons who have a strong presence among the youth, such as popular vloggers Prince Pine and Fat Skull, featured in Lucas Musiq’s Switch Up The Cycle, released at the start of 2020, or by going directly to the source. Fat Skull also plays a main character role in his latest single Compromise.

Lucas Musiq said, “I focus on the bigger picture. Instead of looking on the outward, I look inward on the heart. Maybe the Christian fraternity would not use him because he is not from the community, but we cannot deny he is a role model, he is funny, and he influences a lot of youth. When he is around me, he respects me enough as a minister of the gospel to speak and act in a way that shows this.”

Even in the prisons, which he began visiting in 2019, Lucas Musiq has witnessed a new reaction to ministry.

“At first, I was completely blank when I was told to minister to the inmates. We have to be honest with ourselves as Christians, and all I could do at the time was give them my testimony. As a radical, when I finally got into it, my eyes were opened because I was saying I can’t step foot somewhere and cannot minister to the people, because I don’t have any substance … as Christians we have to reach out to all walks of life, even criminals,” he said.

He is currently working to complete his album titled Play Time Is Over ( PTIO for short) and has a resolution to have audio and visual projects out every two months. He also hinted that there are collaborations in the making with Kevin Downswell, DJ Nicholas and Trinidad’s Jerron Nurse.