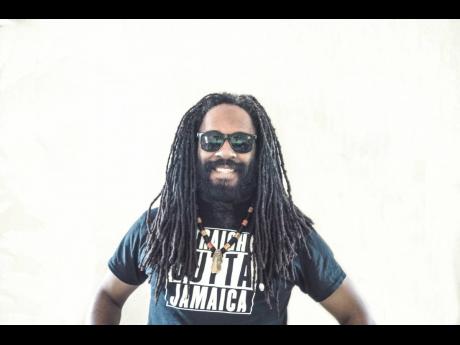 Contributed
Jamaican reggae artiste Damion Darrel Warren, best known as ‘Teacha Dee’, was in total disbelief when he was advised that his song, ‘Rastafari Way’, had been chosen for use in the new James Bond flick, ‘No Time to Die’. 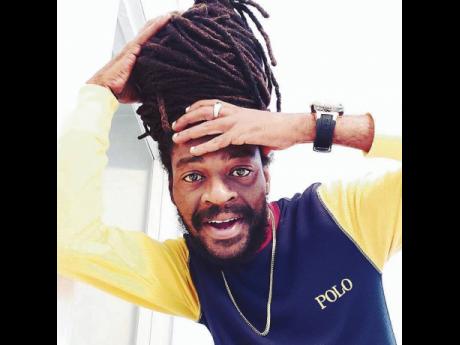 Total disbelief was the reaction from Jamaican reggae artiste Damion Darrel Warren, best known as 'Teacha Dee', when he was advised that his song, Rastafari Way, had been chosen for use in the new James Bond flick, No Time to Die. Rastafari Way was part of a 2016 compilation project by Giddimani Productions, owned and operated by reggae producer and Handcart Boy singer Perfect Giddimani.

“It was a shock, and, honestly, in the first instance, when I got the email from the company called Search Party, I did not believe it,” Teacha Dee, who resides in Germany, told The Gleaner. “But afterwards, I did some research on the placement company and then I called Perfect Giddimani. When I realised that it was real, I didn’t speak for about nine hours,” he recalled.

Both Teacha Dee and Perfect Giddimani relate the story of several emails between them and the New York-based Search Party – a company which matches songs with scenes in movies – until finally MGM stepped in to wrap up the deal.

“I signed the licence deal for Rastafari Way last year. It is one of the songs on my Horns of Africa various artiste project, and it is also on Teacha Dee’s 2018 album. It feels like I have been rewarded for good work, and the fact is that this song wasn't a huge seller. Rastafari Way is a timeless, beautiful song and for that reason, I am not surprised that the producers chose it to be a part of No Time to Die,” Perfect Giddimani told The Gleaner.

He emphasised that the song was mixed properly, the production was on point, and all the elements that go into the making of a classic were taken into consideration. The artiste and producer also noted that the Vienna-based House of Rhythm band, which has been doing the instrumentals for all his projects, is a huge part in the consistency and high level of his productions. “At first, reggae artistes coming to Europe were a bit hesitant [to] use House of Rhythm because of the question, if ‘dem white bwoy deh can play reggae’, but they have proved themselves to the point where, on all the major festivals, they were backing up to 16 reggae acts," he outlined.

Quizzed if the deal with MGM was lucrative, he did not hesitate to respond, “very lucrative,” but did not quote actual figures. Perfect Giddimani shared that the company paid an upfront fee for the use of the mastering and that all the artistes and musicians were also paid upfront fees. “And what is important is that they all owned their publishing, so that is a plus. The company paid pretty early, too, before the original release date of the movie, so we are all very satisfied,” he said.

Although he is not sure in which scene exactly Rastafari Way will be used, he said it was one of the scenes filmed in Jamaica.

Teacha Dee explained that the song tells the story of the struggles when he left teaching to pursue Rastafari and music. “I was the mathematics specialist at Glendevon Primary and Junior High, but I was putting out songs and sending them to Europe. As a teacher, after a certain number of years, you are entitled to long leave of eight months, so I took my leave and went to Europe, only to realise that my songs were huge, chart-toppers over there. I had no idea that this was happening. It was really hard to leave the students, but I had to make a choice, and plus I had just started my Rastafari journey and certain key persons were not supportive. So I have been here in Germany being an ambassador for the music. It is a great feeling of accomplishment to know that such a big franchise has picked up this song,” Teacha Dee said. “It is a big song and this is such a wonderful thing that I hope Jamaica can be proud of this, too,” he added

The reggae singer and former educator began his career in 2005, recording for European producers. He is best known for his singles Smoke and Fly, Reggae Souljahs and Smuggling Weed, all of which were recorded while still in teaching.

It was announced on January 21, 2021, that No Time to Die, the 25th James Bond instalment, has again been pushed back. This marks the film’s third delay in the last 10 months. Daniel Craig's final turn as 007 will now open on October 8 instead of April 2. MGM is rolling out No Time to Die in North America, while Universal has international rights.