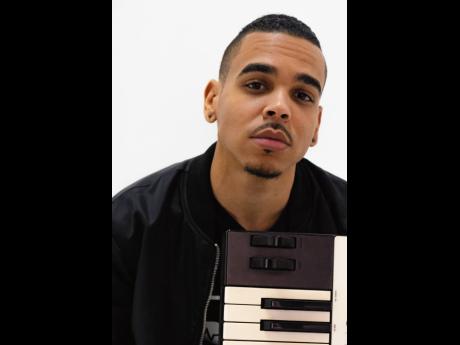 Contributed
Mario ‘Dunw3ll’ Dunwell began experimenting with beats in 2006. Now, he’s perceived as a silent star in the galaxy of Jamaican music producers. 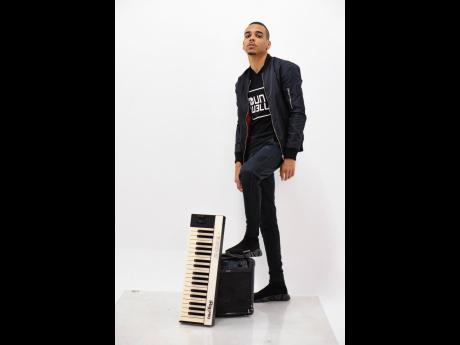 From a timid trier in high school, experimenting with the sounds of his peers, Mario ‘Dunw3ll’ Dunwell was dropping coins to determine how far the sound waves of a music career could spread. Being a producer in the reggae and dancehall landscape meant committing a lot of time.

Lately, he says, “I’ve been making small appearances here and there”, but subtlety remains part of a strategy in brand building, and getting the face of the label out to the public.

“It was about 2006 when the experimentation with beats started, but I did that for two years before making anyone hear anything made by me … you could say I was too terrified to play them. However, it took a friend to give me the energy I needed to believe in myself,” Dunw3ll told The Sunday Gleaner.

Perceived as a silent star in the galaxy of Jamaican music producers, Dunw3ll is alluding to his guest features in music videos for productions like Jahmiel’s U Me Luv, Masicka’s Just A Minute and Corner, a collaboration with Tarrus Riley and Masicka that has been trending on YouTube since its release three weeks ago.

“Generally, I think the recording artiste is the star. They remain the face of the product [so] more often than not, they should be the one in the spotlight. I accept the responsibility to make sure that same product is as good as it can be and that role doesn’t necessarily need the lights,” Dunw3ll said.

His inclination to stay in the shadows of a studio does not mean he is one to sit still or not make any noise. Dunw3ll maintains a steady release schedule.

He said, “Music is moving so fast now, and it is so easy to make a song which means producers old, new and emergent are making up to 10 songs per day.”

The outcome of a song is not set in stone, he explained, and is the reason for this record producer’s approach of “not getting too heavily invested in one song. However, I still work hard to maintain the level of quality,” for which he is known, allowing each song time to soak into people’s subconscious rather than flooding the streaming platforms, airwaves and social media.

Masicka’s Corner, which speaks to friendships that endure hardships and life changes whether for better or worse, has been dubbed an international hit, trending in the United States, United Kingdom in African countries Nigeria and Ghana and across the Latin American markets, but from the moment the artistes and the producer elaborated on the idea for the rhythm, the value of the words were easily calculated.

Dunw3ll said, “I believe that music is a team effort. In every team, each person plays their part in order to reach a common goal. Personally, when creating music, I am in a different zone. I don’t even think about what’s happening. I just get lost in what it is I’m doing, and sometimes magic is the result. Sometimes not.”

The influence of Jamaica’s rhythm and bass oscillates with the sounds of Africa’s Afrobeats, the sultry blues and sexy soul-like composition originating from the southern parts of America and collides with the beats of his creative mind and has been recognised by the Recording Industry Association of America which awarded the producer with a gold certification plaque for one of his first hit singles, Fever by Vybz Kartel, released in 2016. Dunw3ll is credited as co-author of the track, and the music video was probably where he made his first cameo.

The plaque which marked the sales in excess of 500,000 copies “shows that all the work I’ve been putting in over the years has not been done in vain. For that, I am truly grateful,” he said.

The record producer compared his level of expertise and style in that year to now, stating that his bedroom was a “good training ground”. In saying that, he agreed the hunger he had and still has applied in a more professional, fully built studio that he owns, make the possibilities endless. He is also self-taught in playing the keyboard and guitar.

“I am by no means a professional [with the instruments]; I definitely work mostly with digital audio workstations. I also have more access to resources now; I also have more experience with writing and making songs and can more identify what will probably hit, and what probably won’t,” Dunw3ll said. “I can’t say that I am or that I feel like a gatekeeper. It’s not to say that producers like myself are not relevant, but we don’t have the power to choose which and which artiste will break.”

The industry has seen several artists over the past three years that have built their own fanbase themselves and had hits, with no established producer or even radio being part of the process, he said, some of whom he has worked with but what he chooses to invest in, “is dependent on the recording artiste you are working with and on the times”.

He’s worked with a wide roster of dancehall’s big leaguers, including Popcaan, Jahvillani, Dexta Daps, Ding Dong and Munga Honorable. Also, Shenseea and Masicka, who are both preparing to release albums. Reggae and dancehall supporters will be sure to find a production or two made by Dunw3ll in the tracklists.

“I am working on a high-profile collaboration but sorting out the fine details, as well as a couple singles too and a juggling riddim. Last year, I was a lot more silent with the pandemic making its rounds, but I think we all can agree that it’s not going away anytime soon, so we just gotta, just do what we gotta do. I do music, so I’m gonna do that,” he said.