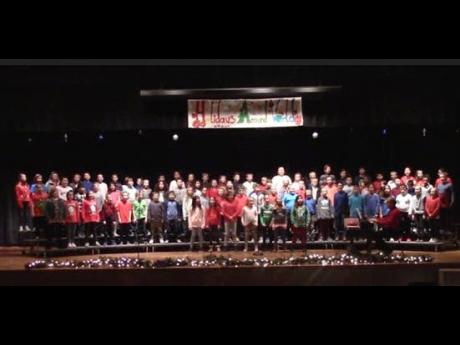 Contributed
Some 225 students in grades 3-5 at Gifford School participated in the school project. 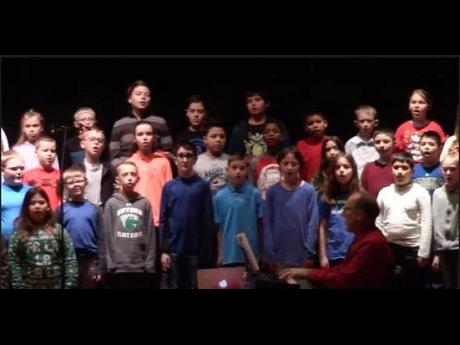 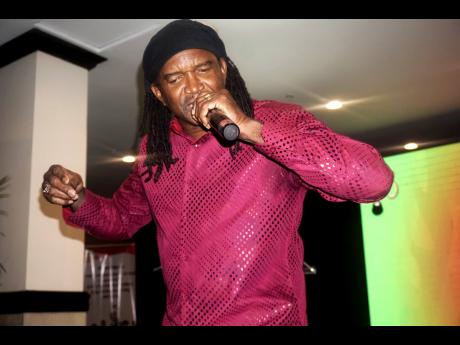 Marcia Rowe
Papa Michigan’s ‘Jamaica Dance’ was chosen by Jack Senzig, an elementary school music teacher in Racine, Wisconsin, in the United States, as part of a creative process project for students at the Gifford School in Racine.
1
2
3

When veteran deejay Papa Michigan decided to enter the 2020 Jamaica Festival Song Competition, he moved heaven and earth to be back in Jamaica to meet deadlines that required him to be there in the flesh. “It was in the midst of the pandemic, and I had a series of connecting flights, spent several hours in the airport just waiting, so I was really happy when my effort paid off, and I placed second in the competition last August,” he told The Sunday Gleaner. But six months later, he is smiling from ear to ear because Michigan feels like the real winner.

His song, Jamaica Dance, was chosen by Jack Senzig, an elementary school music teacher in Racine, Wisconsin, in the United States, as part of a creative process project for 225 students in grades 3-5 at Gifford School in Racine. Papa Michigan said he was surprised when the teacher reached out to him. “It come in like is me win the festival. When he contacted me initially, he said he liked the song, but it talks about drinking rum, so I explained that it actually says don’t drink rum, and he said good,” he recalled.

Writing on his school’s site, Senzig explained the process that led him to Jamaica Dance, an uptempo, danceable song that urges listeners to “forget about yuh trouble, bubble baby bubble”. According to Senzig, when he thought about happy music, Jamaica came to mind.

“My students gave up a lot during the pandemic. They have been learning from home all year, virtually. I knew I had to find some quality music and videos that I could use to cheer them up and to teach them the creative process. When I thought about happy music, I thought about Jamaica. I searched YouTube for recent Jamaican music and found Papa Michigan’s Jamaica Dance video. I messaged Papa Michigan on FB and asked if I could edit his video to meet the needs of my young children. His manager gave me permission,” the school teacher wrote.

He said his students were tasked with understanding why the video was created and why Papa Michigan made the creative choices about purpose, setting, time, actions, emotion, and target audience that he did.

“Papa Michigan’s video was their textbook. Clearly, it was made for a Jamaican cultural festival. The iconic street art where the video was set showed that this was a Jamaican song. The social-distanced dancing and face masks set it forever as a song during the pandemic. The music and dancers brought joy to their audience. People dressed in everyday clothes, on their phone, hanging out, showed that the target audience was everyday Jamaican people,” Senzig explained.

The Jamaica Dance video used the famous downtown Kingston Art District in Water Lane as its backdrop and showcased various dancers – not skimpily clad – and their free-spirited dance moves. It was shot by Juice Productions, with Richard Lim credited as director of photography.

Senzig said his students made three dance videos to a portion of the song, each showing two required creative choices. “First: What or who will be the dancer(s), and how will they dance? Second: What would be their setting, and how would they place it in time? Finally, they combined those four choices with choices of who would be their target audience and what emotion did they want to show? This project was an ideal way for my students to learn the creative process and to learn to use the tools of remote learning. The students went on to create other videos where they studied the elements of performance. They will continue to build on what they learned from Papa Michigan throughout the year. Papa Michigan’s song and video were the perfect work of art for us to study!” he wrote.

An elated Papa Michigan said he felt humbled by this project. “He could have chosen any song. He could have picked a Bob Marley or a song from another more well-known artiste, but there was something about Jamaica Dance that made him want to share it with his students. It is a great feeling to know that good music is still appreciated. It is a humbling experience,” he shared.

Senzig has written to Papa Michigan, thanking him for providing “great teaching material”, adding that his students considered the choreography, target audience, time, setting, costume, and emotion. He explained that some of his students were nervous about dancing in their own video, so they also chose a subject for the dance. The students’ videos were done in October, and he shared one in which the student’s choice of “time” was during Halloween.

Papa Michigan is now preparing a video for the children, as requested. “The teacher asked me to write to the children or make a short video telling them about my creative choices, why did I choose that particular street and choreography for the video and who was my target audience. So I am going back to the art district to do the video for them,” he said.

In closing, Senzig stated: “Lastly, I just want to thank you for your wonderful music. We began the school year 100 per cent virtually, and the students were very stressed. Not being able to play with their friends, visit grandparents, or even come to school was very upsetting. They needed some joy, and your Jamaica Dance song was exactly what they needed. You made my students happy!”