Artistes give their best at concert 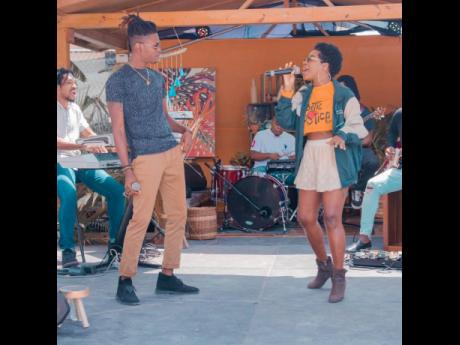 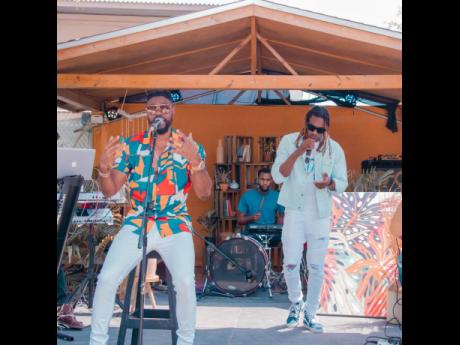 Contributed
D-Major and Liquid thrill with their collab, ‘Something New’. 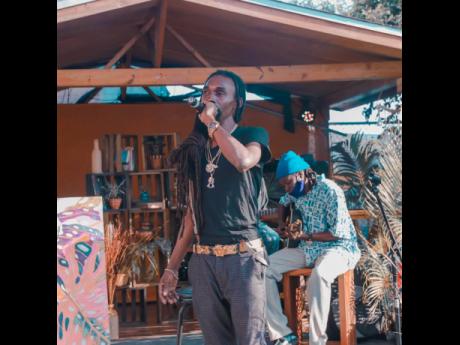 Contributed
Munga was the highlight of the night at the Earth Hour concert.
1
2
3

The country may have been under lockdown on the weekend, but the entertainment scene was still very active. On Saturday, a host of virtual concerts provided an ease for Jamaicans whose movements were restricted from noon on Saturday until 5 a.m. on Monday. The annual Earth Hour Acoustic Concert was one of three well-publicised online events that provided a way for citizens to pass the time indoors.

Born out of the hope to raise awareness surrounding climate change, the concert, which was first held in Jamaica back in 2013, has, over the years, packed powerful performances from the likes of Chronixx, Jah 9, Sevana, Jesse Royal and Iba Mahr. And with Grammy Award-winning artiste Sean Paul, Tessellated, Munga Honorable and D Major having delivered spectacular performances on Saturday night, it’s safe to say organisers did not drop their standards.

D Major opened the floor for the experienced performers. Beginning his set with Vibes, the entertainer delivered precisely that from start to finish. Serving up tracks such as That’s What Love’s About, She Nah Give It Away, and Real Know Real, he and popular disc jock Liquid performed their collaboration, a remix of Whiz Khalifa and Ty Dolla $ign’s Something New and Chris Brown’s Go Crazy.

Fresh off his performance at the Jamaica Jazz and Blues Festival earlier this month, Tessellated kept the momentum going as he delivered tracks such as Santeria, Sweeter and, of course, breakout single Pine and Ginger. He made way for Sean Paul.

Although the internationally-renowned artiste only performed two tracks, his set provided the right amount of spice. Delivering Hold On To the Dreams and Temperature, Sean Paul encouraged persons to remember the reason for the Earth Hour concert and urged them to do what they can to protect Mother Earth. Still, the highlight of the night came from Munga Honorable, who brought all the heat to the Earth Hour stage. Serving up tracks such as You Alone, Take My Place, Earthquake, Bad From Me Born and Whine Pon It, the entertainer delivered hit after hit from his impressive catalogue.

But before the veterans graced the Earth Hour stage, a crisp breath of fresh air swept across virtual land as a host of talented young entertainers captivated the hearts of viewers. Their names would perhaps not pack a punch on a world stage, at least not yet, but their musical prowess was undeniable. Singer Sarah Couch was the evening’s opening act. Clad in a simple white T-shirt and navy blue tights, Couch, accompanied by a lone guitarist, mesmerised viewers with her smooth vocals. Performing original tracks such as Freedom, What You Said and Ever Disappointing/Ochi To Mobay, the singer set the tone for the rest of the evening. She made way for Rosh Rebel. Describing the concert as a wonderful initiative, the pint-sized singer said she was grateful to be a part of an event that gives young talents like herself a platform to showcase their talent. Opening her set with Hold On, an original track she wrote after losing both her parents, Rosh Rebel’s performance took viewers on an emotional roller coaster as she encouraged persons to keep moving forward even in the midst of great adversity. She then switched things up and delivered an upbeat, motivational track dubbed, Tomorrow. Then just when one thought things couldn’t get any better, the singer brought on reinforcement as she showed off her versatility. Accompanied by up-and-coming singer Kali Grn, the duo delivered a romantic ballad titled What Would You Say.

Ma’neen was up next. Labelling his style of music as ‘Sexy Reggae’, the singer no doubt had the ladies in virtual land tripping over their coffee tables as he brought the heat with his intimate selections. Putting his unique spin on Kartel’s risqué track, Body Nuh, Ma’neen served up what he dubbed as ‘Koutic Kartel’. Up-and-coming artiste Amanyea also delivered an impressive set. The former dancer and daughter of L’Antoinette Stines is now pursuing music and showed that she will be a force to be reckoned.

In a post-show interview with The Gleaner, Alex Morrissey, director of ESIROM, conceptualisers of the local Earth Hour concert, said he was happy to have been a part of bringing live entertainment to Jamaicans during the weekend lockdown. “It’s a great opportunity to showcase live Jamaican music not just to persons in Jamaica, but anyone who has access to the Internet can find this content, so it removes the boundaries,” he said.

Miguel Manning, multimedia manager at ESIROM said so far, the feedback from the concert has been overwhelmingly positive. “We received messages all over the world while it was going on. [There were] over a combined 30,000 views when we checked 12 hours after the live stream ended. It has exceeded our expectations.”