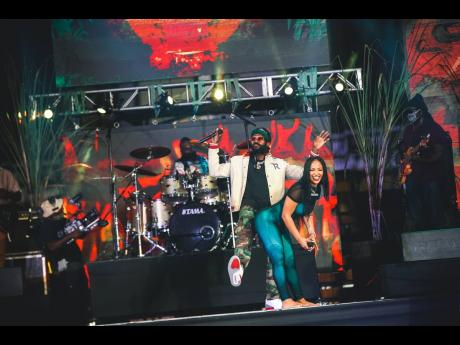 The all-encompassing celebration of rum ended with a flourish, as the Jamaica Rum Festival Virtual Concert featuring reggae-dancehall entertainers Shaggy, Sizzla and Shenseea closed the event, which incorporated the use of all-digital platforms to create an interactive festival experience.

The organisers successfully wrapped up a week-long extravaganza, from March 22 to 27, of seminars and events online, which took one year of careful planning and promotion to ensure no element of the festival as missing, says Kamal Powell, Appleton Estate’s marketing manager for Jamaica and export markets.

“Everything we do is new; looking at how we entered the second year of the new norm and presented a rum festival in a virtual setting, whereas, the previous two would have been done in a physical space outdoors, interacting in Hope Gardens with the chance to enjoy all the culinary offerings while tasting all the rum and going through the seminars with Joy Spence,” he told The Gleaner.

In addition to the entertainment on the main stage, Saturday night’s presentation of the live show also featured highlights from each seminar, live interviews with media personality Debbie Bissoon, as well as scenes captured around the island, featuring from popular influencers Drezel Simmonds and Royanne Desilva to actress Sheryl Lee Ralph, all done to highlight the individuality of locally-made rum as part of Jamaica’s rich cultural heritage.

The five-hour long event can be praised for the hard work and effort placed on the production, making the virtual experience of education, expedition and entertainment all the more digestible. Although only for online, the main stage was prepared as if expecting a physical audience of over 5,000 patrons - lights, camera and action - the crew and supporting musicians from Ruff Kutt and Shaggy’s Hot Shot band demonstrated a high level of professionalism, which enhanced the overall execution.

The messages on the importance of social awareness and protecting the nation’s women and children were also very prominent, and if it was not visible in the production, the entertainers delivered them during their sets. From Shenseea fired up her ‘lighter’, leading into a ‘bombastic’ selection by Shaggy and to Sizzla bringing the house down with a fire-burning set, it could be said that the virtual concert’s line-up was ‘likkle but tallawah’.

Shenseea says although her first time on the Jamaica Rum Festival had to be done for a virtual audience, she truly enjoyed the experience as if people were standing there and interacting with her.

“What are we, the entertainers, going to do? We can’t stop performing (so) whether in person or virtually, on a screen, once the people are seeing me, I am good with it and I am grateful because I get to perform for them when there are many who are not getting bookings at this time. I am happy to be on a festival that showcases our talent and our culture.”

Festival director Valon Thorpe has praised the team and all the participants for the success of the 2021 virtual staging of the Jamaica Rum Festival, sharing that the feedback has been quite positive.

“Right now, the Jamaica Rum Festival team is on a high. Putting the consumer experience first and challenging ourselves to successfully translate a previously physical festival into a digital staging and into the homes of participants, really demonstrates how we can push the envelope to continue delivering on our promise of a world-class execution,” Thorpe said.