Ce’Cile finds her way back to music 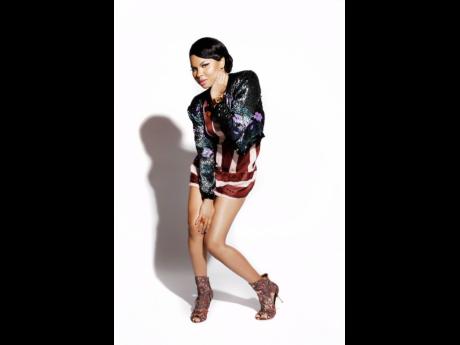 At the onset of the COVID-19 pandemic last year, recording artiste Ce’Cile rediscovered her zeal for music. She begun writing three songs a day and vowed to put together a body of work that will showcase just how much she has grown musically over the past year. Today, the entertainer is celebrating the release of a brand new EP, and says working on the compilation made her fall in love with music all over again.

“Every song that is on this project is one that I love and take pride in. Doing work on this project, I found myself having fun with the music, like me just start sing. To be honest, I lost that energy, that vibe for music, and I didn’t even realise it. It became a job and became about how much money you can earn from it. I lost the zest and love to create something and just wait to see how people take to it,” she told The Gleaner.

“It’s really ironic how this all played out. Who would have thought that it would be in the middle of a pandemic that I would find my love for the music again. I rediscovered myself in the worst possible year for music. Now, looking back, I think I needed something like this [pandemic] fi just show me what I have and remind me of who I am. Right now I am really just happy to be writing and recording again.”

Ce’Cile expressed that Sophisticated is a body of work that will highlight her musical maturity. According to the entertainer, having been reminded of the magnitude of her talent, she wanted to use the music to say all the things she has been feeling over the last few years. “ Sophisticated is also the title of one of the songs on the EP, but one that really captures my state of mind. The song talks about growing up and not accepting certain things anymore because we are mature and want better for ourselves in every aspect of our lives,” she said. “I am grown, mature, new and improved. I am ‘sophisticated’, and when you hear the project you will see why the title is so fitting.”

Speaking of which, Ce’Cile revealed that although the project was only released on Friday, already she has been flooded with positive feedback. She said the EP, which features a total of seven songs, has something for everyone and expects the support for the album to grow even more as she amps up promotion.

“We wanted to wait until the work was done to start talking about it and it has been getting a lot of great feedback. Pandora just added it to their playlist, and Spotify just added it to one of their biggest playlists as well. The fans are choosing their favourite tracks. A lot of people are talking about a song called Over and Over. Everything is just going great,” she said. “Each song on the EP is special because it is relatable. It will resonate with someone and be exactly what that person needs. That’s the main reason I didn’t go straight dancehall or reggae. I wanted all of my fans to have something they connected with, and it’s safe to say that with the balance, each member of Team Ce’Cile has something they will feel close to.”

Pointing out that connection is one of the key ingredients to a long-lasting career, Ce’Cile told The Gleaner that the former is the reason she is celebrating two decades in a highly competitive industry. She expressed that over the years, she has made it her point of duty to produce work that would outlast her, the kind of projects that will be timeless.

“I have tried from the beginning of my career to make sure that every song I put out there is one that will outlive me. I always thought about longevity, and so it’s not by accident that I have lasted so long and why I seem fresh to a lot of people. I wrote some classic tracks. I can go anywhere and people a bawl fi hear I’m Waiting,” she said.

“That is why I love and idolise people like Beres Hammond. My mom listened to Beres Hammond, I grew up listening to Beres Hammond, and Nana [her daughter] is now listening to him and she loves his songs. His songs connect with every generation. As an artiste, it is great when you can produce work that will outlive you and last for generations. I think I have managed to do that or else 20 years in the business would be only a dream, not reality.”