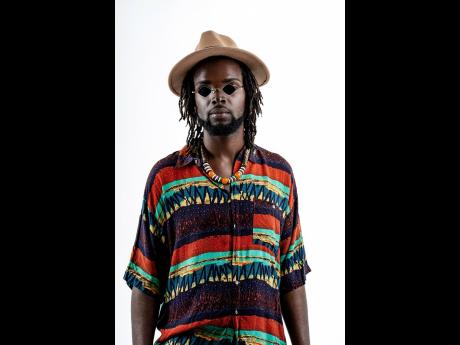 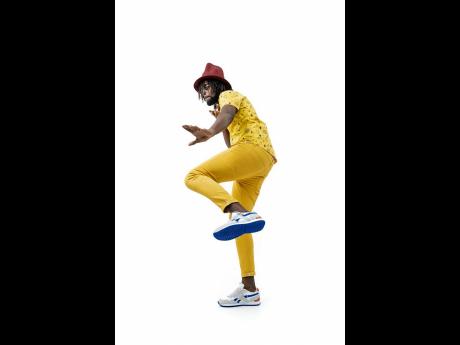 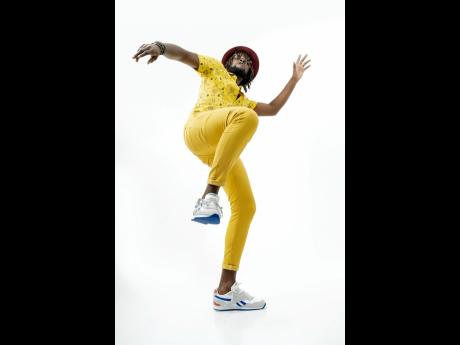 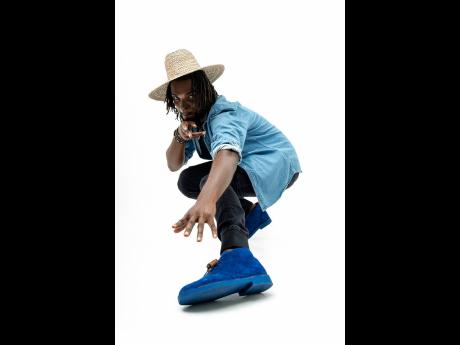 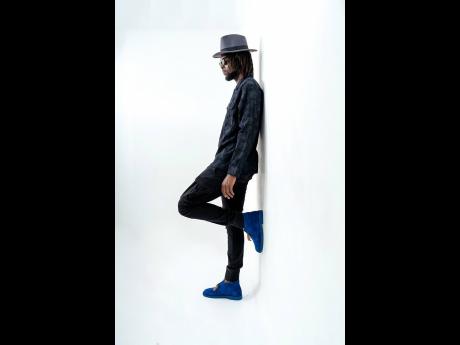 THE SOUNDS of crickets playing an all-too-familiar country nightlife concerto in Yaksta’s background sets the mood for a conversation that brings out the best in the entertainer. Adding to the natural vibrations, the friendly calls of people passing by easily transforms into the chorus. It’s a reminder that home is where the heart is, says Yaksta, who, after a busy day in Kingston, finds comfort in making the journey back to the parish of St Mary, where he was born and raised. “Remember a me sey, ‘St Mary a my grung!’” he exclaimed with lyrics from his hit single and musical ode St Mary, which is met with shouts of approval from another set of passers-by.

He recalls 2019 — a breakout year — when the track was released, and he saw the chance for his brand to become bigger. “At the end of the day, St Mary people buss me. Everywhere you would go, the people were playing my music, and I was doing well here before even branching out into other parishes or making my way to town. So, I am committed to the development of my parish,” Yaksta told The Gleaner. He added, “I get more inspirations when I am here. Kingston is so fast. No matter what I acquire on my journey, here is where I get a more ‘rootical’ feeling.”

At the end of 2019, Yaksta, given name Kemaul Martin, found himself on tour with Live Wyya, and it was then that he also did a lot of introspection, he said. “It was at the time I was starting to do the gun tunes or lewd lyrics, and I just felt myself and my soul drifting from that niche to something more refreshing and real or truthful to me,” Yaksta revealed, adding that all that was happening “was a reinvention of Yaksta”.

Now, his Bush Lawd/Bush Nation brand has been forecasted to create a storm on the world music stages with tracks like Ambition, released on February 26, named by reggae and dancehall critics as the hottest songs of 2021 next to Nation Boss’ Humans. Ironically, Yaksta also has a song titled Humans, which he used to close off 2020.

In this week’s Five Questions With, Yaksta tells the story behind his latest hits, a well-timed collaboration with Nation Boss, and what he is doing to expand Bush Nation.

How did your singles ‘Humans’ and ‘Ambition’ come to be, and is there a connection with Nation Boss’ 2021 viral freestyle?

It was while in Colorado in 2019 that the lyrics for Humans transpired. I was sitting in a cabin after reading a Bible verse from the app on my phone, around the time the coronavirus was being discussed on TV. My manager turned to me and said: “The world going [to] lockdown next year, enuh.” Of course, my response to that was, no way. I went to bed, woke up the next morning and started penning the lyrics. We released Jamdung in January 2020, a follow-up to St Mary, and the focus shifted. Then around May, June thereabout, I started writing Humans, and every time I stopped writing the song to work on another project, something in the universe change. Studio equipment stopped working, misunderstandings with producer … just always something bad. So, it became clear, Humans needed to be written, recorded and released. I went to the Dominican Republic and Aruba, and as soon as I got back to Jamaica, [I] did the vocals and video as a collaboration with Runnerbeat Music and put it out. Everything climbed uphill after that; it was like all the floodgates started reopening for me. Ambition, on the other hand, was inspired was Shaneil Muir’s Yamabella, and there was not much engines powering the song, but it is making an impact in places as far as Sweden and Zimbabwe. As for Nation Boss, we have connected, and just this week we recorded a song which we will be giving the people soon.

As an entertainer who is passionate about youth development, how are you using your platform to educate and support those in your community?

Ever since before the pandemic, the youngsters in and around the community would always come to me for advice; maybe business ideas or in seeking assistance. At that time, I would try to keep a function, do whatever little I can do, so whatever mek from that could help a few of them. It was a way for me to educate them on how to capitalise on the small things and make them big. Right now, a lot of the youths weh come up, most are unemployed, but since I am getting some construction together, I have been able to hire 24 persons, 19 of which are consistent, and four of which are labourers. I give the necessary individuals who need it and let them make something out of it. We have a whole musical infrastructure around Yaksta and Bush Nation for the farming, and I am always here to provide the emotional support for the children.

How do you balance your agribusiness and career as a recording artiste and label owner?

I am always doing music, even while doing farming. I usually have my iPhone and recorder, and once me walk inna me boot and get a beat, or anything that I touch or think of, really and truly, I turn it into music. At one point, it wasn’t about following up trends and current affairs, but now [I do], and it is much more of a holistic music, more education than recreational. In the centre of that, as an artiste, you have to keep on learning, and there are many different avenues to make money and easier ways to flip your money in the virtual space. Farming is one of my investments, as I learnt that trading time for money doesn’t make sense for everybody. It’s not an easy thing to say you are going to get up and start all those things, but over time, I have learnt how to balance. I am currently seeking more land, as travelling from the capital to Mile Gully is a challenge, and the river where the animals used to drink has also changed its course; so that is taking up a lot of time. We have another farm growing, a collaboration with a cousin of mine, where we have animals like guinea pigs, cows and horses, and we are just applying a few methods our family members maybe did not know, or do, to make it survive.

Where in your parish would you tell a first-timer or visitor to go to experience all of its offerings?

The first place I’d recommend is a place called Firefly, originally, Lookout, where you can get an overview of what St Mary looks like. It’s a breathtaking view you can appreciate, whether alone or with your partner, to hold a vibe. Then attractions like Spanish Bridge, Blue River, Blue Hole and P*m P*m Peg River (laughs). I don’t know why it’s called that, but that’s the name given by the locals. As for food, there are so many options, from D’Shoree, Iguanas, Bush Life, and Lengy’s, up inna the bushy hills, operated by a family of Rastafarians.

Do you cook, and what is your speciality?

Yeah man, me rather buy what I need and cook. The speciality is vegan food, but with the youths around, me will prepare lobster, bammy and roti. I normally cook a blend of vegetables and seasonings, like garlic, peppers, parsley and ginger in coconut water, and then crack the lobster and put it in with black pepper, and sometimes sea salt and vinegar, to boil. Then, throw the coconut milk in while it a simmer; it’s just booming. I also make a mixture of soursop, bananas, strawberries or any fruits we can get with sea moss, to wash it (the food) down. Can’t beat that.