Has sights set on one day becoming prime minister of Jamaica 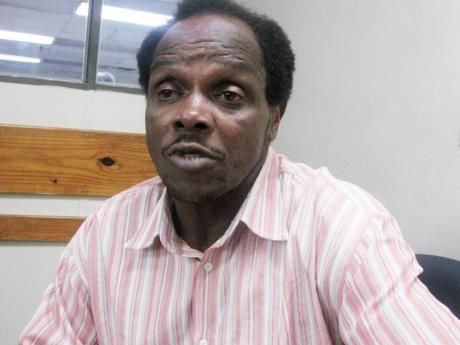 File
Reggae artiste, promoter and producer Lawrence ‘Jah Mike’ Lugg, is hoping to add yet another title to his name – councillor for the Barbican, Jacks Hill and Cherry Gardens division in St Andrew.

Artiste, producer and promoter, Lawrence ‘Jah Mike’ Lugg, is hoping to add yet another title to his name – councillor – and the humanitarian says he has been preparing for this role all his life. Therefore, come next year February, he will be running on an independent ticket as he seeks to represent the people in the Barbican, Jacks Hill and Cherry Gardens division in St Andrew.

“I am from Barbican, and over the years, I have always been doing things to help the people in my community, one of which was a football competition, with the winner getting the Jah Mike trophy. I am also committed to the Maxfield Park Children’s Home and have raised $1.5 million for them and $300,000 for the St Anthony’s Children’s Home,” Jah Mike told The Gleaner.

The promoter of a series of concerts titled Stop The Violence, which encouraged peace in inner-city communities, Jah Mike has a big vision. He sees himself one-day becoming prime minister of Jamaica. He says he has the support of some members of the music fraternity, and having received the go-ahead to start canvassing from the Electoral Office, he is now in full campaign mode.

His manifesto lists all his charitable endeavours, which includes working on projects with Father Ho Lung and Butch Stewart, as well as his musical achievements, and his stated vision includes refurbishing the houses of the less fortunate and overall better housing for inner-city residents. Education is also high on his priority list.

“I helped a lot of artistes in the business, and in these times, so much more is needed, with entertainment totally shut down,” Jah Mike shared.

SUPPORT FROM OTHER ARTISTES

He added, “I am getting a lot of encouragement from persons like Buju Banton, Tony Rebel and Turbulance. We are all artistes, and we support each other. I will be running for the People’s Liberation Party, and I know I can make that difference. I intend to win the election, and after that, I will be running for MP and then prime minister,” outlined Jah Mike, who, back in the day, recorded a song with Bob Marley’s backing band, The Wailers, titled Reggae Anthem.

It was during the mid-1970s that Jah Mike started his music career, at a time when the nearby Grants Pen community had a burgeoning roots-reggae scene with artistes such as Edi Fitzroy. He later linked with the Food, Clothes and Shelter Band and lived in Japan for three years, and then lived in the US for a decade, where he was the lead singer for Jah Mikes and the Sons of Jah. However, he says it was the Japanese people who taught him the true meaning of love.

“In the States, we performed at the Lion’s Den, SOB’s, McDougal Street and the Rock and Roll Café and at one point, I was on one side, and Grace Jones was on the other. But I knew her from Jamaica, because she and her husband used to buy vegetables from me when I had the stall in Barbican. Those were great times, and I met a lot of people, but one thing I learnt living in Japan was how to love. I see how people there help each other, and it is time that we unite and stop being bad mind and learn to share and love. I believe in Jamaica, and I know that we can do it,” the aspiring prime minister said.

Among his songs is one titled Take Care A Di Family, released on his Jah Mike Productions label, and this, he said, was written as a response to violence and indiscipline in society. He believes that the family unit is very important, and the home is the first school.

According to Jah Mike, “I want to build a better Jamaica where people respect each other, and make sure that we stop lie to the people.”