‘Tribute to the Legends, Gone But Not Forgotten’ 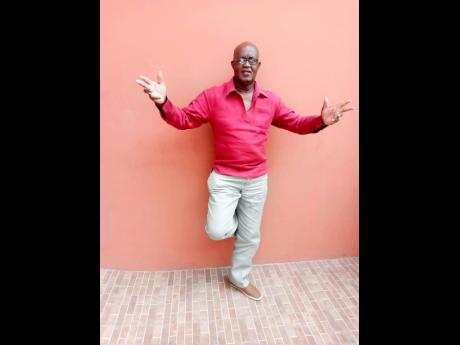 Contributed
Producer Leroy Scarlett has hobnobbed with the entertainment elite who regularly took the pilgrimage to his cousin Chris Stanley’s mountain-top enclave. Now he’s releasing a tribute album including his catalogue of unreleased material. 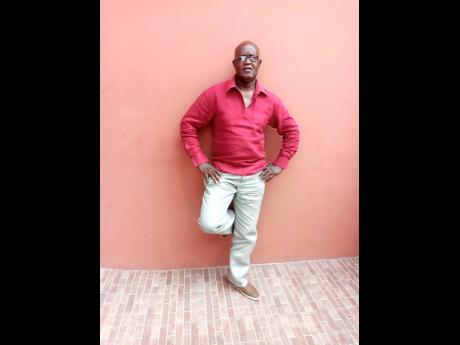 Contributed
Leroy Scarlett’s ‘Tribute to the Legends, Gone But Not Forgotten’ was released last Friday and is distributed by Tuff Gong International.
1
2

Producer Leroy Scarlett, whose early life revolved around Music Mountain Studio, owned by his cousin Chris Stanley, has enough material to write volumes about the flamboyant personalities who have been part of the fabric called reggae music. He has started writing his first “tell-all”, but in the meantime, Scarlett is back on track, dusting off songs sitting idly on shelves and packaging them into great albums, while also working on new recordings.

Scarlett has hobnobbed with the entertainment elite who regularly took the pilgrimage to Stanley’s mountaintop enclave. “At the studio, I met Grace Jones, Boy George, Millie Jackson, Billie Paul and every Jamaican artiste and musician and producer who had a name,” Scarlett reminisced. And he made smart moves back then, getting some of those same artistes to record songs for him.

Scarlett knew each of the artistes personally, before they even thought of giving him a tune, and through this and other projects in the pipeline, he “hopes that we can keep their memories alive for generations to come”.

He readily admits that this project is special to him and speaks with great fondness about Gregory Isaacs, who he referred to by his nickname, ‘Tooth’, as well as Frankie Paul and D Brown. But Scarlett is still distracted by thoughts of what could have been had his friends decided to make better health choices.

He said that he met Dennis Brown at Dynamic Sounds with a young Baby Wayne, when Gregory Isaacs had recorded a song for him and promised to get D Brown on the track as well. “I met Dennis Brown again after that, and we formed a real good relationship. Dennis Brown was definitely one of the greats,” Scarlett said.

Gregory Isaacs, he stated, was his brother. “I was introduced to him by Sly and Robbie at the studio, and at one point, I was like his little gopher. Whenever he came to Music Mountain, I was the one who would go and buy food for him and whatever else he needed. When I got into a little trouble, ‘Tooth’ (Gregory) sent me away and told me not to come back to Jamaica until things were sorted out,” Scarlett shared.

For him, Gregory was the ultimate entertainer, both on and off stage. Among his treasure chest of Gregory memories is a time when they were down in the islands for a show, and the artiste just happened to be on the road with some contraband when they saw the cops. “I beg him, ‘Tooth, just maas it nuh man.’ And him look pon mi and seh ‘It look like seh yuh forget seh is me sing Hide and Lick. Me a di only artiste who legal fi use drugs’. And with that, he didn’t hide,” Scarlett remembers, still laughing at the incident.

He also recalled that after Gregory recorded the now-classic One Man Against the World album for producer Tapa Zukie at Music Mountain, he gave Scarlett a song, Lonely Teardrop, and he even explained the name. “Because di girl dem tek yuh money and bruk yuh heart,” Scarlett said, in his best Gregory impersonation.

Then there was the time when Gregory gave him an album to put out and “mek some money”, but what he found out shortly after was that Gregory had also given another guy the same album, perhaps with the same set of instructions. “The guy put it out before me, and that was the famous Father and Son album with Gregory and Kevin Isaacs,” Scarlett said, even smiling at his friend’s antics. But Gregory did make it up to him by voicing other songs.

Frankie Paul, he shared, was his daughter’s godfather. Shortly after she was born, the singer visited with them and named himself in the role. “So yuh know that we were real close. But Frankie was another artiste who just would not pay attention to his health. I did a show with him in Antigua, and just as he came off stage, he fell ill and said I should take him home. I had put him up at my sister’s house where he could be better monitored than in a hotel. The next morning, we took him to the doctor, and he was admitted immediately. The doctor told him that if he survived, he would be cheating death. Well, he did, but by the time he was out, he was back to eating everything the doctor had warned him not to because he was diabetic,” Scarlett remembered.

Less than a year later, when Frankie Paul passed away, he remembered his words, “’I think I have a year or two to live, so me a go gwaan enjoy it.’ I still have an entire album with him that is unreleased,” the producer disclosed.

Some of Scarlett’s other productions include Reggae Train Series One and Two; Frankie Paul’s It’s My Time; Judgement Time by Anthony B; Four the Hard Way, featuring Capleton, Sizzla, Anthony B and Luciano and Dimensions in Music.