Colin Leslie remembers King of Reggae on anniversary of death 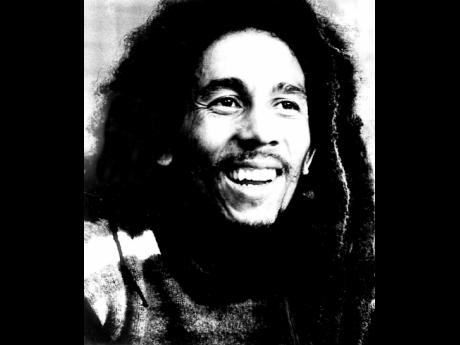 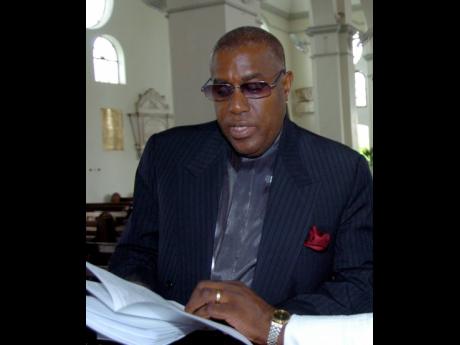 On May 11, 1981, Colin Leslie, then the managing director of the Tuff Gong Group of Companies, was at the Island Records office in New York when he got the news of the passing of his friend, employer and reggae superstar Bob Marley. For Leslie, who had celebrated his birthday two days earlier, this was not the type of belated birthday present he would have wished for.

“I remember that Island Records had already prepared the release about Bob’s death and had left the space for the date and the time blank. At that time, I thought it was so insensitive that the man was still alive, but here they were writing about his death. But looking back, I realise that I was just being emotional, while they were being practical. We were all expecting it,” Leslie told The Gleaner.

Admitting that talking about Bob Marley “is always very emotional” for him, Leslie shared, however, that his years working at Tuff Gong were special. In fact, they were interesting times.

“We had five companies then, three in Jamaica and two overseas – in LA and Tortola. Locally, the directors were Dianne Ellis, Cecille Wilson (wife of reggae singer Delroy Wilson) and Tommy Cowan. Now, there are around 500 companies, because Cedella has set up a company for everything. She has done an excellent job,” Leslie noted, adding that he wasn’t surprised as it was Cedella, who as a young Vaz Prep student, would quiz him about the royalties being earned by her sibling group, the Melody Makers.

In his role of managing director, Leslie was a member of the inner sanctum and would travel with Marley “to visit his money in Tortola”. But the trips to the British Virgin Islands required the planning of a master strategist. “Bob was very private, and I could not book a straight flight; sometimes we would even overnight in Puerto Rico. But those were special moments,” he said, his voice not sounding robust.

Lightening his mood, he recalled that Marley, who he described as “so kind that he would give you the shirt off his back,” was a champion of the poor and that he even had a provisional cabinet peopled with all his friends. “I was the minister of finance,” Leslie said with a laugh, even as he expanded on Marley’s generosity.

“I don’t know how word used to get around so quickly those days, but if Bob lands in Jamaica at 5 p.m., by 7 the yard full with people, all wanting something, and Bob never hid from anybody or turned them back. He would interview them and then tell me how much to write on the cheque he was giving them. I can recall that once a guy came and said he wanted to set up a coconut oil business, and Bob turned to me and said, ‘Colin, I like this idea. I always wanted to be in the oil business.’ And he told me to write the cheque. Bob was like that,” he said, chuckling.

Leslie was in that space where he was privy to all sides of Marley, and as a trusted confidante, it was his car that factored in some of Marley’s undercover moves. “He would take away my yellow Datson 120 and ‘screechie’ and go look fah Cindy (Breakspeare). Bob really loved Cindy; in fact, she was the first babymother to get a trust fund set up,” he stated.

And, of course, it is well documented that Bob Marley loved women. “I remember Bob run into my office one day, happy like a little boy, asking if I had any money. Yuh see, Bob was like British royalty; he didn’t walk around with money. So I told him yes and asked what he wanted it for. ‘Ah tekking a girl out to lunch.’ So I gave him the money and when me go look, ‘the girl’ was the then reigning Miss Jamaica (not Cindy Breakspeare). There was also Pascaline Bongo, the daughter of the President of Gabon, who would fly to Bob Marley concerts all over the world,” Leslie said.

Bongo herself has spoken about her relationship with Marley, and there are several pictures of the two of them together.

Leslie was immensely proud of the fact that there was never ever one journalist who could trick Marley, and many tried. “One journalist asked him, ‘Now that you are the Messiah…’ and Bob calmly answered, ‘I never seh I am the Messiah.’ They tried to trick him with questions about money and wealth, but they were no match for Bob,” he said.

Leslie confessed that he had no idea, 40 years ago, that Bob Marley would be so revered decades after his passing. “Bob is actually worshipped in some parts of Nepal. They say he is the reincarnation of the god Vishnu. Believe it or not, the most celebrated birthday in the world after that of Jesus is Bob Marley’s. There are hundreds of Bob Marley Days worldwide; some are actual holidays, while others are observances. It’s the rest of the world that really know about Bob Marley,” he stated.

His last interaction with Marley was sitting in the Island office in London, while Bob was at a clinic in Germany, and plans were being made to fly him home. “I heard one of the doctors seh, ‘You are the most dangerous black man in the world,’ and I always wondered why he said ‘dangerous’ and not ‘prominent’. Anyway, there was a discussion about the arrangements for a private plane, and Bob’s last words to Chris Blackwell were, ‘No propeller business’. That was Bob’s way of telling Chris Blackwell not to be stingy,” Leslie stated.

It was while flying from Germany that Marley became ill and landed in Miami, Florida, for medical attention. He died at the Cedars of Lebanon Hospital on the morning of May 11, 1981. He was 36.

As a mark of respect, Robert Nesta ‘Bob’ Marley received a state funeral in Jamaica at the National Arena in Kingston on May 21, 1981, attended by an estimated 6,000 people, including scores of foreign press. The music he had given the world blared from speakers, even as his body lay inside the arena.

Bob Marley was buried in a crypt in his birthplace of Nine Miles, St Ann, with his red Gibson Les Paul guitar; a football; a marijuana stalk placed there by his widow, Rita; a ring that had been given to him by Prince Asfa Wossen of Ethiopia; and a Bible opened at Psalm 23.

In 1981, Marley was awarded Jamaica’s third-highest honour, the Order of Merit, for his outstanding contribution to Jamaican culture.

Today, on the anniversary of Bob Marley’s death, Leslie plans to put on his favourite Bob Marley T-shirt and social distance with friends as they play the music of the legend.