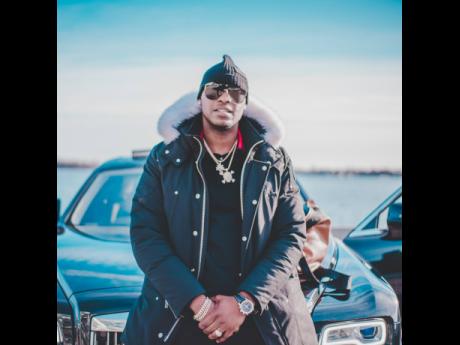 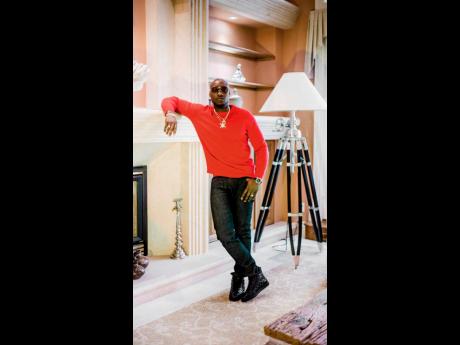 Contributed
Miller said his roots in music dates back to his childhood days in Jamaica.
1
2

For Sound Music Group Productions (SMG), events planning is the root of their organisation. But today, the Canada-based company is looking to expand their horizons, especially on the local music scene as they head into artiste management. Having already nabbed their first talent, Chec Boss, SMG Productions boss, Anthony Miller, says he is looking forward to setting up another base on local soil.

“For the most part, SMG has been doing work on the Canadian music scene. I have a recording studio here in Canada, and so we were just focusing on the talent in our immediate surroundings. But now we’re thinking expansion,” he said.

Having focused on Canada, Miller said he is considering launching a SMG Jamaica. “We started reaching out to Jamaican talent over the last two years, and now we’re thinking of SMG Jamaica. I want to make SMG a household name at home. We want to do bigger and better things in the entertainment industry, and I was just thinking it was high time I rolled things back to my foundation,” he said.

Speaking of foundation, Miller told The Sunday Gleaner that his roots in music dates back to his childhood days on the Rock. He revealed that before he migrated, it was his uncle that nurtured his love for music. He was a sound system operator, and as a young boy, Miller would watch his relative master the turntables and decided there and then that the entertainment industry was his calling. “I think going to watch him play was where I first developed this love for music, and I knew that I wanted a bigger role in entertainment once I was grown enough. Then, when I migrated to Canada and started listening to other genres of music, the love just got deeper. I knew this was it for me,” he shared. “I started SMG Productions in 2013, registered it and never looked back. My goal was to make a pretty good dent on the music scene, starting with events and working my way up from there.”

And the latter was exactly what he did. Miller told The Sunday Gleaner that with a solid reputation in event planning, making the transition into artiste management and music production, although not without its challenges, has been worthwhile. While still in their incubation phase as it relates to this sector of the entertainment industry, Miller says he is looking forward to offering young artistes a platform to showcase their talent. “We’ve already signed Chec Boss, and we’re looking to do so much more. We have a couple of other artistes that we’re eyeing, but we want to set a proper foundation first. That includes establishing a recording studio in Jamaica where we can operate as a base. Once we do that, we can start seriously scouting local talent. I want to be able to help the talented youth at home get their chance to shine,” he said.

He is set on bringing more exposure to local talent. “In Jamaica, I think it’s hard for artistes to get exposure, and so our main goal is bringing Jamaican talent to the forefront,” he said.

Admitting that he’s always thought of himself as more than just a promoter, Miller told The Sunday Gleaner that he aims to be one of the most well-rounded men in entertainment. Heaping praises on businessman-turned-artiste manager, Romeich Major, Miller says he is hoping to build an empire similar to Romeich Entertainment. “Some people are just promoters, and that’s OK, but I like to think of myself as a jack of all trades. I like the management side of things, events planning, talent scouting and music production. I just feel better to be well rounded in this industry,” he said.

Miller says he is hoping to have his studio fully operational by 2022, and has his sights set on the location being much more than a recording hub. “I have definitely had this vision from I was young, and now that I am able to, I said I would jump on it. Romeich and what he’s got going is definitely something I want to do too. What he’s doing on the entertainment scene here in Jamaica is commendable, and I aspire to be like him. We want to get a whole little complex just for SMG kinda like what he has at his base, where we can incorporate the studio, a lounge, gaming room, etc,” he said.

But while he is making moves on the production side of music, Miller is still very involved in events planning. An astute businessman, Miller recently rented Pulse nightclub on Trafalgar Road in Kingston and has turned it into a high-end clothing and jewellery store called Lux that will double as a night-time lounge. Already the space which formerly hosted Pepperseed has welcomed partygoers at their events; Lux Fridays and Throwback Wednesdays. Miller says the events have been well supported so far. “We’ve already had three events since the début July 16. The turnout and support have been good. People are tired of being at home, crammed up and locked away, so on the first night, we did really well in terms of turnout, and overall it’s been really great,” he shared. “As I said, there were already parties happening at the complex, and so people were already aware of the entertainment spot, so it’s pretty easy to draw a crowd. Right now, we’re just taking things as they come and looking forward to growth as more persons get a wind of what we’re doing at Pulse.”