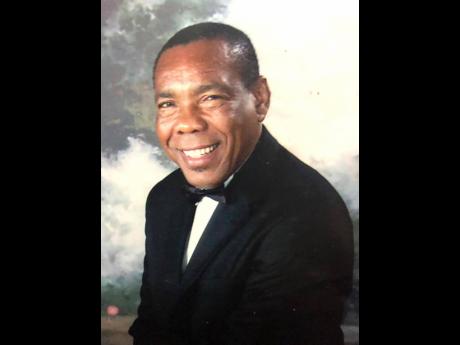 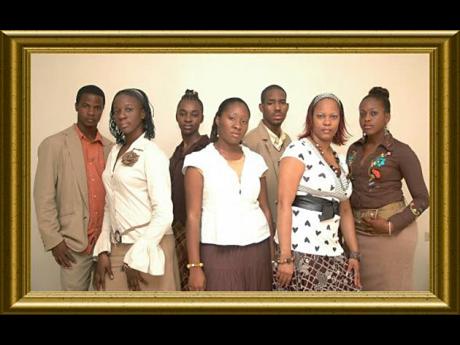 Contributed
The next generation of Grace Thrillers will soon release a full-length album. 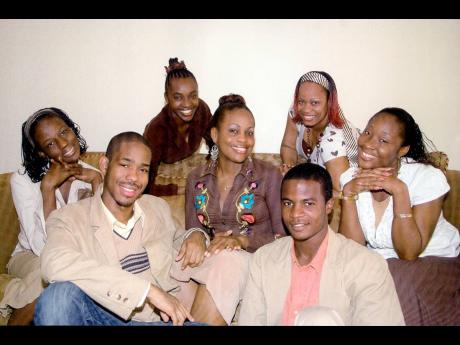 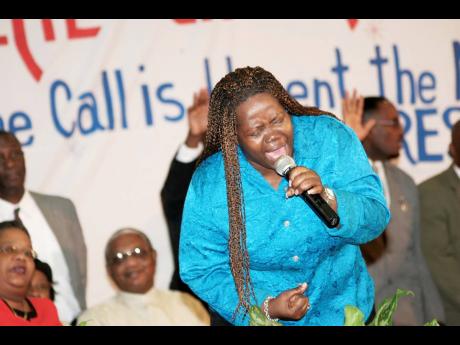 File
Gospel artiste Shirley Willis, formerly of the Grace Thrillers, was the group's lead singer for many years.
1
2
3
4

The Grace Thrillers is more than a group known for singing great gospel music; it is an institution that is this year celebrating 50 glorious years. Founder, Noel Willis, is immeasurably proud of the brand and its impact on the gospel music landscape throughout the Caribbean, the diaspora and far-flung places across the globe, and is filled with glee as they prepare to release their 22nd full-length album featuring the next generation of Grace Thrillers.

“Grace Thrillers’ name became synonymous with gospel music, and we have ministered to thousands — hundreds of thousands — over the past five decades, since 1971. We had a mission and, despite a few bumps along the way, we have fulfilled it and continue to do so,” Willis told The Sunday Gleaner.

Name any Grace Thrillers song and it is a winner, but there are some that are just exceptional standouts. Can’t Even Walk would certainly be way up there, and it is a cover version that the group made their own.

“I heard that song on radio in Florida one day, and I decided that we must do a version. We came back to Jamaica and our musical director, Grub Cooper, arranged it, and the rest is history. Can’t Even Walk became one of our biggest songs. Both political parties used it for their campaigns. It was so popular that we used it to close our concerts. People would not leave until they heard that song,” Willis said.

Another big one was Holy Ghost Power, and, as Willis noted, the album Traditional Gospel Classics also sold extremely well.

Integral to the sound of Grace Thrillers was the voice of Willis’ former wife, Shirley, and, as he recalled, she nearly didn’t make it into the group.

“When Shirley and her sister came to audition, I wasn’t there, and so the musicians were asked to do the audition. I returned to see all of them packing up to leave, and I asked how it went, and they all [said] ‘dem nuh ready’. But I insisted on hearing the songs, so they played one and then another. What I heard wasn’t great singing, but I heard a voice — a big voice that we could do a lot with,” was Willis’ recollection.

He had kind words about her contribution to the group, as well as her energetic stage performances and her ability to connect with the audience, elements which made Shirley Willis the lead singer of Grace Thrillers for many years. In the same breath, Willis spoke glowingly of Grub Cooper, the visually impaired genius who produced their 1989 album, He’s Alive, and who has been with the group ever since as musical director and songwriter.

“Grub is so talented and so humble with it. From the University Singers to the Marleys, Grub has worked on projects with them. He introduced reggae and soca into Grace Thrillers’ repertoire, and we have some great stories of the pushback we received from the Christian public when we first started doing those song. I remember we went to an Adventist church overseas and we were not allowed to perform; at an event in the countryside. The pastor asked us not to do those songs and I told him that that’s what the people wanted to hear, but I would explain to them that he instructed us not to sing them. At that point, he told me that I should be led by the spirit,” Willis said with a laugh.

He added, “Those reggae and soca-flavoured songs are now numbered among the biggest songs in our repertoire.”

As proud of Willis is of the achievements on stage as they minister to thousands who sing their songs word for word, he is equally proud that Grace Thrillers has nurtured the careers of hundreds of singers, players of instruments and support acts such as engineers.

“I take people from scratch and give them the chance to progress. The number of singers and musicians who have passed through this institution is amazing. A lot of them have gone on to do exceptionally well. Neil Ellis is now one of the biggest engineers, and he got his start at Grace Thrillers. Honestly, a lot of them I can’t even remember, but if I could bring back everyone who passed through Grace Thrillers, we would fill up the biggest church,” a pleased Willis stated.

Not wanting to gloss over history, Willis spoke of the internal fracas which saw the group at a crossroads, starting in 2002, and which led to a number of the key members leaving and starting their own group, including his then wife.

“That tested the resilience of Grace Thrillers, but we continued the mission, and today we have a vibrant set of young people who are taking Grace Thrillers into the future for another 50 years,” a confident Willis said. Numbered among them is his son, Noel Willis Jr.

Over the decades, Grace Thrillers has racked up an impressive list of achievements, some of which include representing the Caribbean in the Kentucky Fried Chicken (KFC) sponsored World Gospel Festival in Chicago, the USA in 1984; the Rainbow Production Award for Most Consistent Gospel Group and Best Gospel Album, in 1986; Tibby’s Auto Supplies Award for Spiritual Ministry through Music and Song; Rockers Award for Best Gospel Album in 1988 and 1992; the Jamaica Music Industry Award for Best Performing Gospel Group and, in 1991, the mayor of Opa-Locka, Florida proclaimed July 1 as ‘Grace Thrillers Day’.

Willis is set to roll out the anniversary series of celebrations, the first of which will be ‘Intimate Moments with Grace’, a Zoom meeting on October 24 reflecting on the last 50 years.