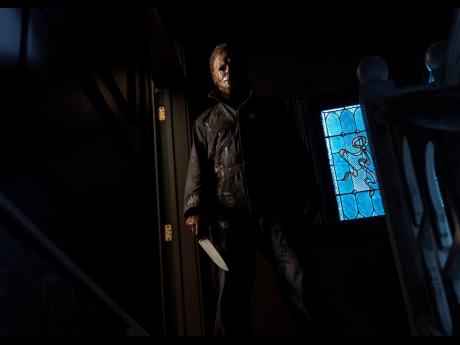 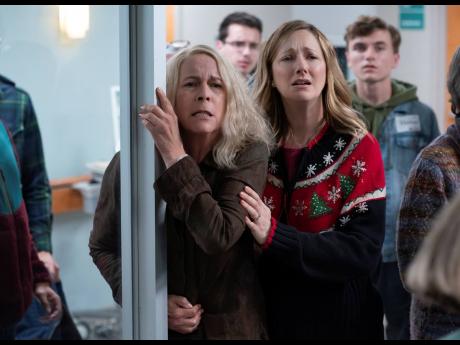 As a horror icon, Michael Myers is one with little definition. ‘The Shape’, as he’s known, gives very little in his menacing but barely audible breathing, a nondescript jumpsuit and mask with no discernible features. The scarce details haven’t prevented Myers from having a terrifying presence. As a matter of fact, his lack of identity or motivation has lent to the killer’s utility as a vessel for each film’s message.

In Halloween Kills, Myers represents missed opportunities. Both thematically and for the film as a sequel. The film opens with a flashback to that fateful night when a masked man’s killing spree left a quiet, suburban area gripped with fear. That fear echoes throughout the film and turns the inhabitants of Haddonfield, Illinois, into a band of stark raving lunatics. Myers’ decades-spanning killings have left the townsfolk to say enough is enough.

When Myers makes his inevitable escape from the flaming trap he encountered at the end of 2018’s Halloween, his presence has a galvanising effect. Characters who once were sensible now have morphed into something truly bizarre. The film is more comedy than horror at times, but while the tone tends to shift, the movie has a mother lode of murders to give any audience member a fear of the bogeyman.

For a 61-year-old, Michael is as spry a serial killer as they come. Provided, of course, his victims are within arm’s reach. As a dignified horror veteran, he’s not interested in running after his prey like some kind of amateur. You’d think his aversion to athletics might make him easy to escape, but the sheer number of brutalised victims in Halloween Kills paints a different bloody picture.

While the violence in Halloween Kills is appropriately shocking, it does tend to have a numbing effect. After the fifth slashing, you might be tempted to check the time. Seeing it on the big screen so close to Halloween night, I can’t imagine you’d leave the film disgruntled. Outside of that novel circumstance, Halloween Kills leaves too much to be desired and squanders the strong foundation laid by its predecessor.

Rating: Catch it on cable