Ernest Wilson, founding member of the Clarendonians, dies at 69 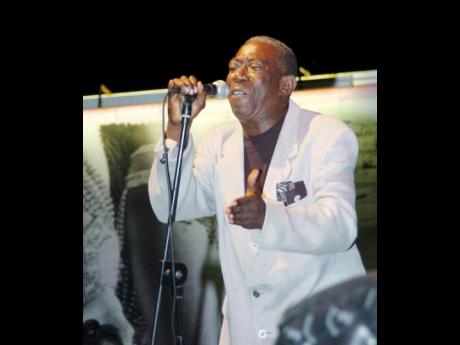 Ernest Wilson died on Tuesday at the Kingston Public Hospital. He was 69

Ernest Wilson, a founding member of the Clarendonians, died on Tuesday at the Kingston Public Hospital, his son Michael Wilson confirmed to The Gleaner. He was 69 and would have celebrated his 70th birthday this month on the 18th.

Born Fitzroy Ernest Wilson, he was just a teenager when he formed the Clarendonians with his childhood friend, Peter Austin, in 1965.

One of the most successful ska and early reggae groups in Jamaica, they were together for a short span of time, but delivered hits such as You Won't See Me, You Can't Be Happy, Rudie Bam Bam, Rude Boy Gone A Jail and Sho-Be-Do I Love You.

The duo performed with Freddie McGregor when it was suggested by record producer Clement 'Sir Coxsone' Dodd that they do so. A powerhouse singer, McGregor, nicknamed 'Little Freddie' at the time, was just seven years old.

Dodd even paired McGregor with Ernest Wilson as 'Fitzy and Freddy' on the hit single Why Did You Do It.

Ernest Wilson continued to perform as a soloist following the disbanding of the Clarendonians. He briefly worked with the Techniques under the name King Shark. In 1992, he released the album Undying Love; in 2007, Still Love You; and in 2010, two albums — Amazing and Timeless Classics.

His latest release was the single I'm Back on my Feet in March of this year.