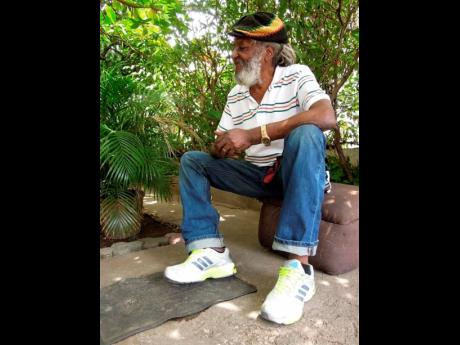 Contributted
Alvin ‘Seeco’ Patterson, a pioneer who is often hailed as one of the foundation members of Bob Marley and the Wailers, died on Monday at the age of 90. 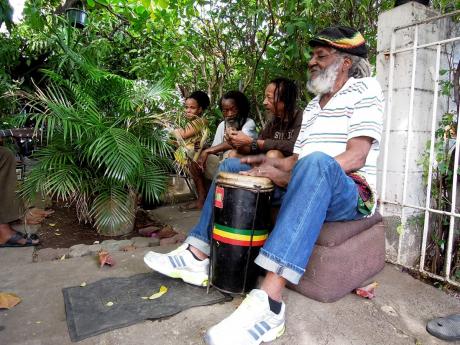 Percussionist and musicologist Alvin ‘Seeco’ Patterson, a pioneer who is often hailed as one of the foundation members of Bob Marley and the Wailers, has died. Patterson, who was admitted to the University Hospital of the West Indies two weeks ago, passed away on Monday at the age of 90.

“My dad was admitted to the University Hospital two weeks ago. My sister, who is a healthcare worker, was attending to him at home when she realised that he started breathing heavy and rushed him to the hospital. The doctors did a CT scan and said there was heavy bleeeding on the brain, plus his blood pressure was very high, and it was touch and go. But we took the decision for them to put in a stent and drain it and take it from there. Dad seemed to be coming around; he was still comatose, but then he didn’t make it,” Patterson’s daughter, Marcia Willie, told The Gleaner.

She explained that her father had previously suffered a brain aneurysm in Brazil years ago.

Patterson’s passing comes some four decades after Marley’s. His strong bond with the reggae icon is well documented. His Wikipedia biography states that Patterson was at Marley’s 56 Hope Road base in December 1976 when gunmen opened fire on the group, injuring Bob and Rita Marley as well as manager Don Taylor.

“In September 1980, Patterson was with Marley when he collapsed jogging in Central Park, and remained with Marley through his cancer treatment both in New York and then at the clinic of Dr Josef Issels in Rottach-Egern, Germany,” the Wiki entry adds.

“Seeco was the first person to carry Bob [Marley] to Studio One. And Coxsone turned Bob down the first time, and Seeco took him back again. Back in the day, when we were too poor to own a record player, we used to have to visit people’s house who had one. And Seeco’s house was one place where we used to go and listen to the songs and get training. He has made a great contribution to the music business and must be remembered,” Boothe said.

Willie noted that Boothe had spent the entire day at her father’s side a few days before he was hospitalised.

“Both Ken and his wife were here the Friday, and my dad went to hospital the Sunday. I know Ken for as long as I know my own self. We all grew up in Trench Town and have kept that closeness. My father was a great person and a wonderful dad. He was in tune with all his six children. Anything called education, he was there for it. My father sent me away for school, and I tell everybody that anything that I am today, I owe it to my dad,” Willie, the second of the six children and a nurse in New York, said in tribute.

Patterson, whose bio states that his real name was Francisco Willie, would have shared a special bond with Rita Marley, as they were both born in Cuba. Patterson was born in Havana on December 30, 1930. His father was Jamaican, and his mother, Celestina Hardin, was Panamanian.

“He took Alvin Patterson as a stage name and acquired the nickname ‘Seeco’ as a bastardisation of his birth name Francisco. He was also referred to at times as ‘Pep’, a nickname he had earned at school. As a child, Patterson emigrated to Jamaica with his parents and lived first in Westmorland.”

Willie shared that the family had been planning a bashment celebration of her father’s 90th birthday last December, but COVID interrupted.

“We decided to put it off until this year, because [of] the pandemic, and my father was diabetic and had underlying issues, so we didn’t want to expose him. We are happy that we had him with us for so long, and we were all here for him and visited regularly. I was supposed to leave today, but my dad had other plans. So we are here just getting things in order,” Willie said.