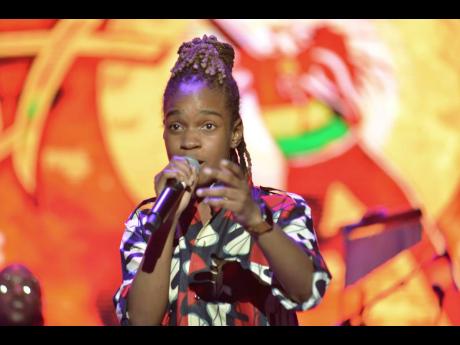 Meteoric Jamaican star Koffee is set to perform at the Coachella Valley Music and Arts Festival on April 16 and 23.

The international music festival released the 2022 line-up on its social media on Wednesday, following a two-year hiatus because of the COVID-19 pandemic. Koffee was to have made her Coachella debut in 2020, months after receiving her Grammy Award for Best Reggae Album. She retains her Saturday placement, which is now being headlined by pop sensation Billie Ellish, instead of embattled rapper Travis Scott, who was slated to headline in 2020.

Acts like Megan Thee Stallion, Giveon, Disclosure and 21 Savage will also be performing on those days of the festival, which will run from April 15 to 24. Coachella will unfold at its customary location, Empire Polo Club, in the Coachella Valley of California’s Colorado Desert.

The moment will mark the first time a female Jamaican artiste will perform at the event. Chronixx and Protoje hit the Coachella stage in 2016.

Koffee’s latest release is The Harder They Fall, the title track of the 2021 Netflix film of the same name. The Western-inspired visuals premiered three weeks ago and has been streamed more than three million times.