Family says no pictures and videos 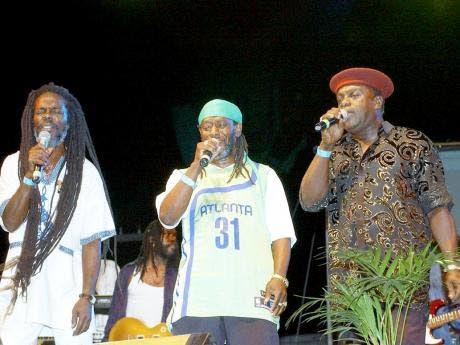 A viewing for Fitzroy 'Bunny Diamond' Simpson, a member of the legendary reggae group, the Mighty Diamonds, will be held at Perry's Funeral Home on Job Lane in Spanish Town on Wednesday May 11, from 9 a.m. to 5 p.m.

Minister of Culture, Gender, Entertainment and Sport, Olivia Grange, stated in a release that while the public will be able to pay their respects at the viewing, the family is making a special request, and she implored all to respect their wishes.

“The family is requesting that there be no taking of photographs or videoing of Bunny’s remains at the viewing or the thanksgiving service," Minister Grange said. “As I ask for their wishes to be respected, I again express my deepest sympathy to Bunny’s daughters, Ronece, Jillian and Rosemarie and to his sons Dillion, Omar and Allan. I also grieve with the remaining Diamond, Lloyd ‘Judge’ Ferguson who, along with Tabby and Bunny, formed the Mighty Diamonds. All three were schoolmates."

Simpson's daughter Ronece was quoted as saying, "We are calling on everyone, including the media, to respect our privacy and refrain from taking photographs and videos of our father, mentor and friend. This is not simply about images but also about shielding a grief-stricken family from further pain.”

Bunny Diamond passed away on April 1, just four days after the death of Tabby Diamond. He was 71.

The service of thanksgiving for Bunny Diamond will take place at the Boulevard Baptist Church on Thursday, May 12, at 10:00 a.m.