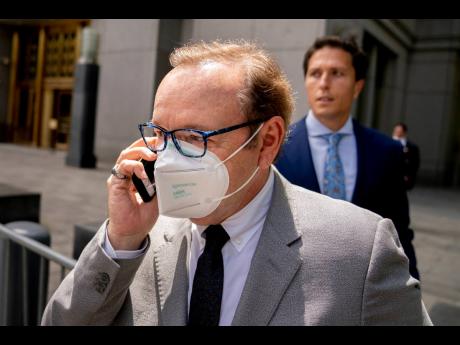 AP
Kevin Spacey leaves court after testifying in a civil lawsuit, on Thursday, in New York. British prosecutors have charged Spacey with four counts of sexual assault against three men. 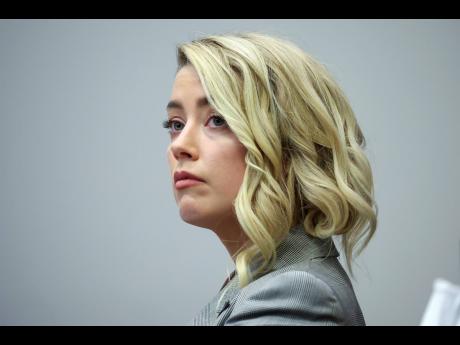 AP
Actor Amber Heard appears in the courtroom in the Fairfax County Circuit Courthouse in Fairfax, Virginia, on Thursday. 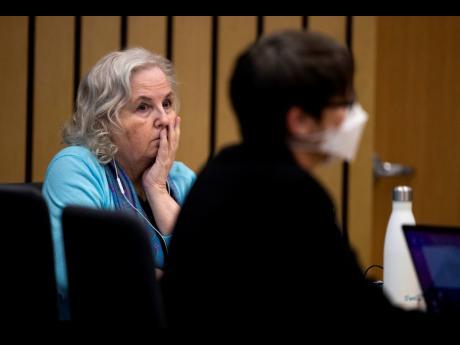 Kevin Spacey charged in UK with 4 counts of sexual assault

British prosecutors said Thursday they have charged actor Kevin Spacey with four counts of sexual assault against three men, an announcement that came as the actor was in court in New York testifying in a different case.

The Crown Prosecution Service said Spacey “has also been charged with causing a person to engage in penetrative sexual activity without consent”. The alleged incidents took place in London between March 2005 and August 2008, and one in western England in April 2013. The alleged victims are now in their 30s and 40s.

Spacey, a 62-year-old double Academy Award winner, was questioned by British police in 2019 about claims by several men that he had assaulted them. The former House of Cards star ran London’s Old Vic Theatre between 2004 and 2015.

Spacey won a best supporting actor Academy Award for the 1995 film The Usual Suspects and a lead actor Oscar for the 1999 movie American Beauty.

But his celebrated career came to an abrupt halt in 2017 when actor Anthony Rapp accused the star of assaulting him at a party in the 1980s, when Rapp was a teenager. Spacey denies the allegations.

Spacey testified Thursday in a courtroom in New York City in the civil lawsuit filed by Rapp. Spacey didn’t respond to reporters as he left the courthouse talking on his mobile phone.

The new criminal charges were mentioned briefly by Rapp’s lawyers during the court hearing, and Spacey’s lawyers were asked about it by reporters during a break in testimony. They declined to comment.

Amber Heard told jurors Thursday that a harassment campaign waged against her by ex-husband Johnny Depp has left her humiliated and scared for her life from multiple death threats, and said she just wants “Johnny to leave me alone”.

Heard was the final witness in the six-week libel trial Depp brought against his ex-wife. With cameras in the courtroom, millions of people have followed the trial, and interest seemed to gain momentum as the weeks went on and both Depp and Heard testified about the ugly details of their relationship.

Online and at the courthouse, Depp’s fans have overwhelmingly dominated the narrative, with groupies lining up overnight to get one of the few spots in the courtroom and wave at Depp as he walks in and out. Heard has been booed by spectators on the street as she enters and leaves the courthouse.

“The harassment and the humiliation, the campaign against me that’s echoed every single day on social media, and now in front of cameras in the showroom – every single day I have to relive the trauma,” Heard said as she fought back tears. “Perhaps it’s easy to forget I’m a human being.”

Depp is suing Heard for libel in Fairfax County Circuit Court over a December 2018 op-ed she wrote in The Washington Post describing herself as “a public figure representing domestic abuse.” His lawyers say he was defamed by the article even though it never mentioned his name.

Depp has denied he ever struck Heard, and says she was the abuser in the relationship. Heard has testified about more than a dozen separate instances of physical abuse she says she suffered at Depp’s hands.

‘How to Murder Your Husband’ writer found guilty of murder

A jury in Portland has convicted a self-published romance novelist – who once wrote an essay titled How to Murder Your Husband – of fatally shooting her husband four years ago.

Brophy, 63, was killed June 2, 2018, as he prepped for work at the Oregon Culinary Institute in Southwest Portland.

Prosecutors told jurors that Crampton Brophy was motivated by money problems and a life insurance policy.

She has remained in custody since her arrest in September 2018, several months after her husband was shot. Her sentencing has been scheduled for June 13.