Lawgiver the Kingson from Kingston looks to Reggae Sumfest 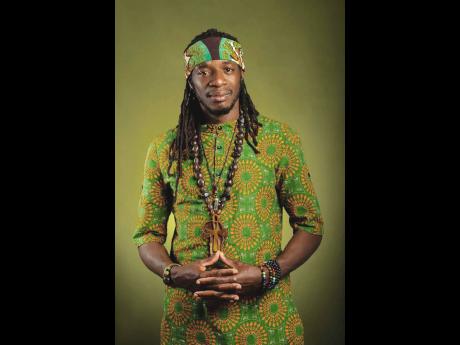 Contributed
Lawgiver recently introduced himself to Kingston audiences ahead of his Reggae Sumfest debut. 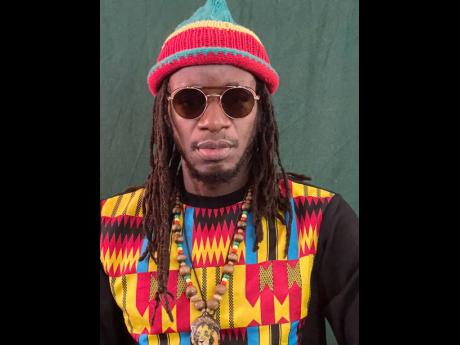 Contributed
Lawgiver the Kingson from Kingston made his pre-Reggae Sumfest debut with a media launch at The Jamaica Pegasus recently. 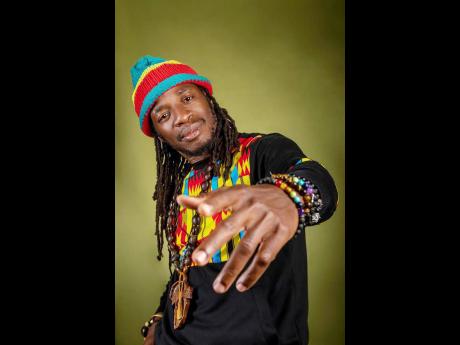 Contributed
Lawgiver the Kingson from Kingston
1
2
3

In an industry where names are everything, a name like Lawgiver the Kingson from Kingston is a lot of things – a mouthful, a conversation piece, and even fodder for the always-hungry trolls. But for Oneil Phoenix, who was born in Kingston, his name is the embodiment of his Rastafari heritage, especially given his July 23 birthday, the same day on which HIM Haile Selassie was born.

“In the Twelve Tribe of Israel, my month, July, represents Judah, and the Bible says that the sceptre will not depart from Judah; and that identifies us as the lawgivers,” explained Lawgiver, who made it a point to note that he claims Roadside in St Mary as his community.

With such a name, roots reggae had to be his music of choice, and it is one which the singer does with conviction. Now based in California, Lawgiver, who is anticipating his upcoming Reggae Sumfest debut – on his birthday – recently hosted an event in New Kingston to introduce himself to the media. He took over the Montego Suite of The Jamaica Pegasus hotel and, backed by SANE band, he threw down a performance that was worthy of a Kingstonian. In the first part of the mini concert, he performed with ‘friends’, such as Samory I, with whom he has a collab titled Real Hustler; and in part two, the Lawgiver showed exactly the stuff of which he is made. His songs may not have been well known, but the smooth and energetic execution was everything, and the guests, who looked to be well on their way to becoming real fans, showed their appreciation.

“I want the media to know who the Lawgiver is and how he works, so that they can go to Reggae Sumfest with an idea of what to expect. The response has been encouraging and I really appreciate everyone who turned out,” the Lawgiver told The Gleaner.

Among the invited guests was Reggae Sumfest executive producer Joe Bogdanovich, who applauded the Lawgiver’s efforts.

“I want to congratulate the many young artistes who have managed to establish themselves and continue their careers during the COVID-19 pandemic. You saw the potential offered by the digital platforms and made the most of it. Our more experienced artistes like Lawgiver, used this time to build their repertoire, release new songs and albums, keeping themselves in the forefront. That’s a big accomplishment. I applaud you all for your creativity, because you have found innovative ways not only to survive, but to thrive. Lawgiver, I know you’ll do well. The stream will bring millions to your performance, and I am not only referring to fans, but just as important ... big bucks,” Bogdanovich said.

Lawgiver, who has been involved in music professionally for the last 25 years, shared that his first record was released by Bounty Killer in 1997.

“I grew up on sound system culture because of my father, and my mother was a member of the Islington Dinky Mini group, and I have uncles who sing, so music was all around me. But my first song to be released was on the ‘Bomb Rush’ riddim on Bounty Killer’s Scare Dem label I still have a copy of the 45 [vinyl] at home. As it happened, three years later, in 2000, I established my own label and Bounty voiced two songs for me,” he recalled. “Big up Bounty Killer.”

The roots singer’s first EP, LawGiver The Kingson From Kingston, came out one year ago and he is already is the middle of a new project, which is scheduled to be released by yearend. He is playing around with the title Route to Our Roots. He acknowledged that living in Northern California, which is “one of the most receptive regions for roots reggae in the United States,” has opened his eyes further to the importance of keeping roots reggae alive.

“The demand for roots reggae and dub music has grown more than ever, from my perspective. This is why my mission must continue to create more songs in this arena to fulfil the demand,” said LawGiver The Kingson from Kingston.

Following his Reggae Sumfest performance, he has a music festival in Maine, the Atlanta Jerk Festival, as well as a few gigs in Northern California confirmed.