D’Burnz ready to bring the heat at Jamaica Rum Festival 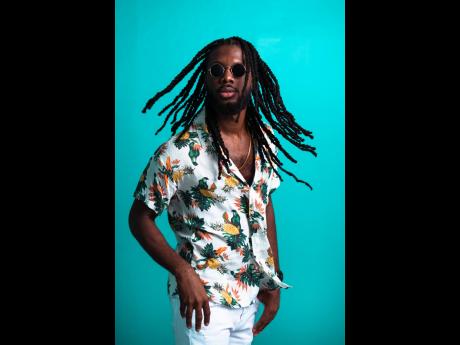 Contributed
D’Burnz is thankful that things are getting back to normal and is eager to perform at today’s Jamaica Rum Festival.

The Jamaica Rum Festival was among the last set of entertainment activities held before Jamaica went into lockdown as a result of the COVID-19 pandemic. Now, returning after a two-year lull, the festival promises to be the perfect way to kick-start the summer, and recording artiste D’Burnz is gearing up to bring the heat to the stage.

“My team and I have been rehearsing extensively, as the Jamaica Rum Festival is a major event for the summer that many patrons have been anticipating for the longest time. This is the first staging since the pandemic and I am looking forward to creating an experience for my fans like no other,” D’Burnz told The Gleaner.

D’Burnz, whose real name is Melbourne Douglas, is no stranger to the Rum Festival stage, as he gave a Fyahfull performance during the 2020 staging of the event. However, after being unable to perform live for some time, he says he is looking forward to interacting with his fans as much as possible.

“Thankfully, things are getting back to normal as virtual performances were just not it,” he said candidly.

“I love to connect with my audiences. Those who know me know I love to get off the stage and mix and mingle with fans, bringing them into the physical performance. Unfortunately, social distancing is still a thing, so I have to be cautious with the mixing and mingling. Nevertheless, COVID can’t stop the vibes and, as such, fans can still expect the usual D’Burnz performance experience,” he continued.

This year’s staging will also see performances from Sanchez, Tessanne Chin, Romain Virgo, Capleton, Runkus, Sevana, D’Voyce and Kalyra. With this line-up, along with the display of Brand Jamaica and, of course, rum – D’Burnz says this event aligns perfectly with his personal brand and who he is as an entertainer.

“Music equals vibes and rum equals vibes, so music and rum equal hol’ heap ah vibes! Music, rum, [and] community are all parts of Jamaican culture, and events like Jamaica Rum Festival provide a space and opportunity to appreciate these aspects of our culture,” he shared.

“As an artiste, I am afforded a stage to express myself to an audience who is ready to receive this expression of culture while sipping a glass of Jamaica’s finest rum. There could be no better combination! I am all about entertaining people and making them feel good about themselves. My brand and my performances aim to help people to let go of their struggles, let go of their stress, enjoy themselves and feel good!” D’Burnz continued.

While the artiste, who is also a producer and actor, prepares for what he says will be an “energetic” and “entertaining” performance, he is also looking forward to finishing the second half of the year strong.

“I’ve been dealing with some personal matters that have delayed the completion of some of the projects I have begun this year. I haven’t been able to release as much content as I would have hoped to. I have begun working on some songs, so, for the rest of 2022, I aim to release a song each month, generating content for my listeners everywhere. The year isn’t done yet. Look out; great things are coming! It nah guh nawmal!” D’Burnz told The Gleaner.

Earlier this year, he sent social media into a frenzy with the release of the single Six Piece A Chicken, based on Easter holiday Twitter thread. Other notable tracks from the artiste include Me and You, Play Inna Me Locs, Million Dollar Car and Long Term.

“Fans can expect a FyahFull performance filled with vibes, energy and entertainment!” he exclaimed.

This year’s show marks the fourth staging of the Jamaica Rum Festival. The event will take place at the Aqueduct in Rose Hall, Montego Bay. Virtual access is also available.