Festival-goers bring fences down for hotly anticipated event ... organisers to look at ‘execution challenges and strength’ for future 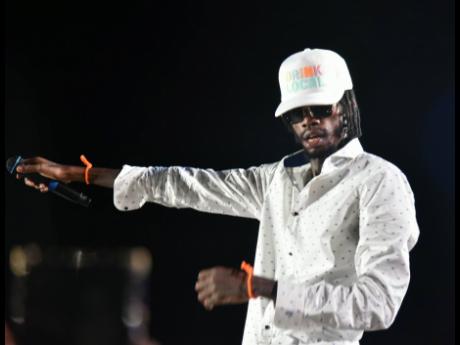 Kenyon Hemans
‘The Manhimself’ Alkaline took the New Rules stage in the wee hours of the morning, much to the delight of festival-goers. 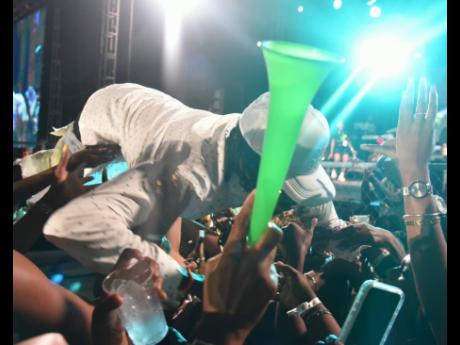 Kenyon Hemans
Alkaline was pulled off the stage by adoring female fans during his delivery of ‘Perfect’. 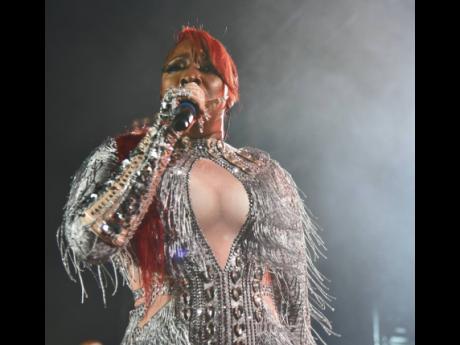 Kenyon Hemans
Macka Diamond put her all into her performance and told The Gleaner that her confidence and passion to perform could not be broken by negative comments about her age and appearance. 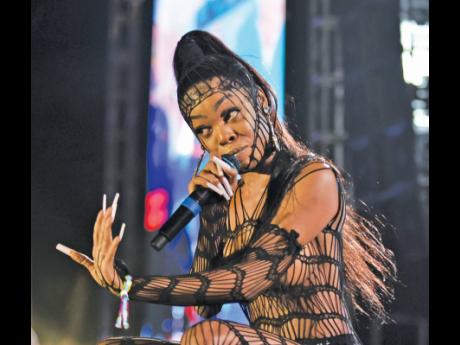 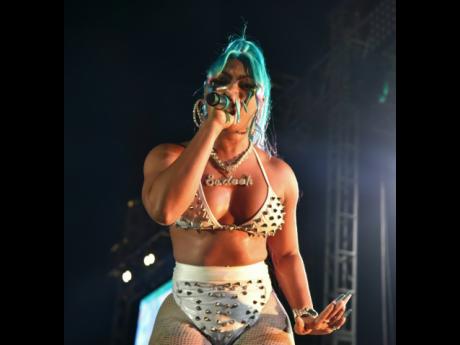 Kenyon Hemans
Pretti Pretti was part of the list of women who hit the New Rules stage. 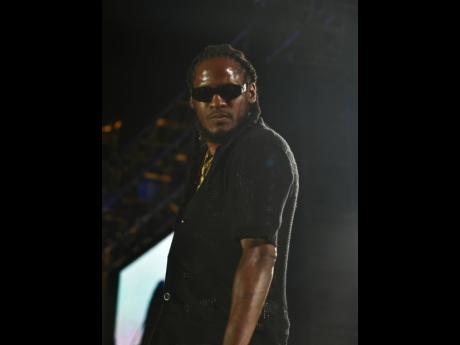 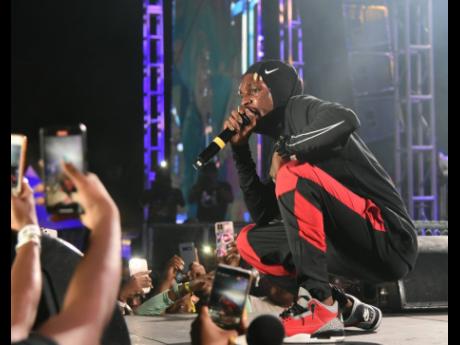 Vuvuzelas blowing, phone lights high in the air, cameras flashing and the voices of some of dancehall’s leading acts echoing into the streets were the sights and sounds coming from the National Stadium last Saturday as supporters of the genre came out in their numbers for Alkaline’s New Rules Festival.

The stage proceedings were tightly choreographed from start to finish, with up-and-coming acts such as Sherdon 1Zone, Nvasion, Pretti Pretti, Kacique, Marcy Chin, and Stalk Ashley keeping everyone on their toes. I Waata, 450, and Jahvillani also worked the audience.

The Official ‘Streetfighter’ of Dancehall, Marcy Chin, certainly came out with her guns, firing all the shots in the right directions with tracks like Gimme More, leaving her female fans begging for an encore. Equally as entertaining, Macka Diamond, who, like Marcy Chin addressed criticism about their worthiness of the spotlight and about their relevance on a stage such as New Rules Festival, more than proved that her lyrical and performance abilities were not to be questioned. “I’m so proud of myself,” Macka Diamond told The Gleaner as she exited the stage. The Hula Hoop artiste shared that her confidence and passion to perform cannot be broken by negative comments about her age and appearance. It being her first major performance in Jamaica since the lockdown, Macka Diamond said she wanted to remind the dancehall community of her star power. This she did in a stream of jaw-dropping freestyles, calling the names of young, male trending acts, including the head turner for the night, into the mix. “I think my determination is to be commended. The day I was called for this show, I knew I had to do it and make sure I do it to the best of my ability. Big up to Alkaline and the Vendetta family that chose me to be one of the performers on the line-up. I couldn’t disappoint, and I left the stage knowing I did not disappoint,” she said.

ENERGY AT A LEVEL

As the band changed over for the next performance, DJ Chiney K kept the energy at a level that earned the applause of patrons who anxiously awaited the night’s headliner. Filling their sets with appearances from other acts, Aidonia, who invited stars on the rise like Posh Morris and Tanso, and Skeng, who brought Brysco on stage to perform his popular single Code, both demonstrated showmanship that also warranted the applause of the audience.

Skeng was truly a head turner for the night, revealing himself more and more after the tracks he performed. During the 20-minute performance, the Protocol artiste was one of few entertainers who adhered to the ‘no expletives’ rule and held the attention of the audience.

Alkaline’s entrance was one of celebrity status. At minutes to 3:00 a.m., the sound of laughter coming from the star of the show was heard, hinting that he was finally about to make his appearance. He was guided by security personnel and police officers from backstage to the centre of the stage, but they immediately retreated and allowed the entertainer to take control. The performance was approximately 30 minutes, and he stuck to his guns, giving the festival-goers the ‘best of Alkaline’ with hits City, Champion Boy, After All, and Hostage, all while still not giving too much. Closer to the end of his set, the artiste was pulled into the audience during an attempt to shake the hands of a few female fans but was swiftly helped back to the stage and was without injury.

Expectations were high that all artistes rostered for New Rules would deliver comprehensive sets, and the audience, in response, clung to the fences, all for a better view of the performers. In the end, security personnel were no match for general ticket holders, who began clearing their own path into the VIP area from as early as the fourth act. In the aftermath, fences separating each section came down due to eager and strong festival-goers.

It is a situation organisers say they had tried to lessen the likelihood of. ​“We anticipated a huge turnout and we tried to implement the necessary crowd-control measures ​to mitigate that,” said Rickardo ‘Shuzzr’ Smith, Alkaline’s publicist and New Rules Festival co-production manager.

Smith said the festival had hoped to utilise the large Stadium East complex for the concert but was unable to do so because of construction currently taking place. “Prior to the event execution, we had secured Stadium East for the 2020 staging, but due to COVID-19 and Independence Park renovations, the venue was no longer viable. We then had to relocate back to the carpark. We wanted to execute in [a] bigger space that was accessible and would be affordable for the patrons,” he said, adding that the team would look at the “execution challenges and strength and use it as a guide for future executions”.

While the attendance figures have not yet been released, he said that “this staging was bigger than the last”, declaring that “history was created”.