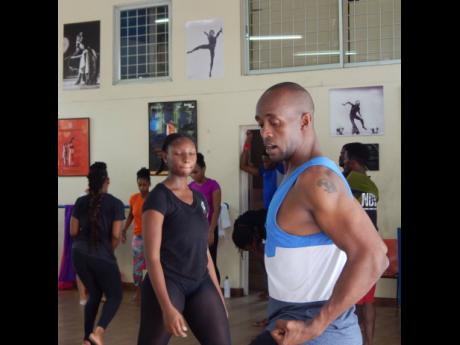 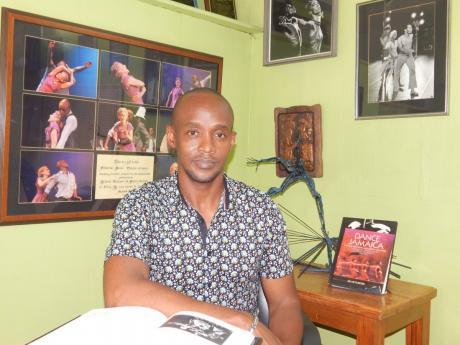 Despite the COVID-19 pandemic and the spread of monkeypox, many have left the current National Dance Theatre Company (NDTC) shows at the Little Theatre, Tom Redcam Avenue, with their spirits lifted. For them, a major company objective for the season has been met.

This The Gleaner learnt during a chat with NDTC’s artistic director Marlon Simms last Thursday. The items on the programme were “carefully chosen” with the objective of promoting joy, hope and healing in these challenging times, and he was particularly happy that the company was back for a full season after a pause in dance, owing to the pandemic which had shuttered theatres for two years.

There were other, far loftier, aims as well, like promoting African retentions, fostering a positive self-image among young Jamaicans, taking more of Jamaican culture to the world, and nation-building. Simms said that those objectives were part of the company’s original mandate when it was founded 60 years ago by artistic directors Rex Nettleford and Eddy Thomas.

But that was not all, stated Simms, who is also a dancer and the choreographer for the season, as the conversation continued in his office on the Little Theatre compound. Every show, except one, during the four-weekend season (July 22 to August 14) is a benefit in aid of some worthy cause.

The causes include social interventions, health and education. Examples of the last named are a fund-raising show to help a medical student with his final year expenses and one, “The Art of Motivation”, which uses art to help prevent violence in schools.

Even the sole show that was strictly speaking not a benefit was a special, free Independence morning show for children. “We’re happy to be part of the giving,” Simms said.

Speaking about individual joy-giving dances chosen for the season, Simms said that the opening dance, Nettleford’s Drumscore, centred on the drum, “an important part of our African retentions”. To create his own dance, Cascade, which was staged in last year’s brief “hybrid” season, he used “aspects of the pandemic”.

He said, “The first section is about the feeling of being trapped ... in relationships and also during the lockdown.”

Thus the jackets work by the dancers in all three movements of Cascade were symbolic of, among other things, the weight of Covid and the shift in some dancers’ interest from dancing to putting on jackets to work in corporate offices. The dance ends with the performers shedding their jackets and returning to dancing.

Various other works clearly relate to thanksgiving. Paul Newman’s dance, which premiered at this year’s Easter concert, is actually named Gratitude; Arsenio Andrade-Calderon’s much-older dance is My Prayer; and David Brown’s 2002 dance is Labess, which the choreographer translates as “everything’s going to be all right”. The closing dance, Netleford’s Gerrehbenta (1983), features many jonkunnu characters and is totally celebratory.

Of the NDTC Singers and Musicians, led by acting director Dr Kathy Brown, Simms said, “They were in their ackee” at being able to pay a tribute in song to Rita Marley. The tribute was conceived as a central act in the show, which helps to slake the “thirst” that Jamaicans of multiple generations in the diaspora have for Jamaican culture.

Simms said that after a well-deserved rest when the season ends, the company will leave the island for two shows in Florida, one on October 1 at South Miami Dade Cultural Arts Center and the other at the Miramar Cultural Center on October 3.

The trip is part of a long tradition of the company taking Jamaica “to the world”, which began in 1963, the NDTC’s second year of performing. Since then, there have been more than 100 tours to 26 countries, including faraway places like Germany, Finland and Australia. Most often visited is the USA, with 47 visits to date. The company’s mission in taking Jamaica’s culture abroad was “to demonstrate the excellence in our people”.

Pointing out that the company consists of unpaid “volunteers”, he happily revealed that, nevertheless, young people are continually asking how they can become members. Enquiries have increased with the growth of social media, and with the launch of the company’s website and YouTube channel.

“So the public can now see NDTC works out of season,” Simms said, and showed me a programme from the 1964 season listing 12 dancers. Today, there are 22.

It appears that despite, or perhaps because of, the pandemic, the NDTC has secured a new lease on life.