Monty Alexander puts his voice on the record for ‘Love Notes’ 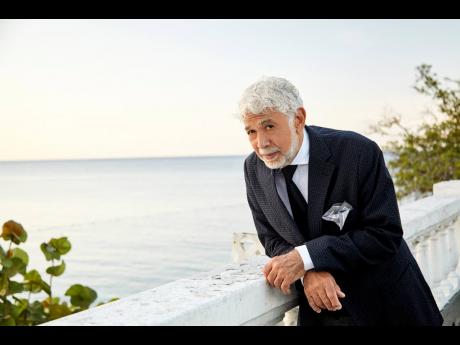 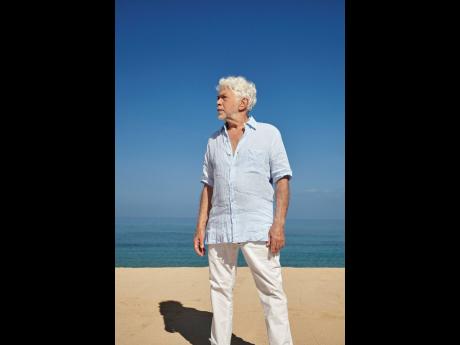 Hollis King
Despite all his accomplishments and the accolades which he has received, Monty Alexander is “still regular Monty”.
1
2

In accepting another powerful instrument that he has, jazz musician Montgomery Bernard Alexander, more popularly known as Monty Alexander, is speaking into being a decade-long dream to record his first vocal album.

All the magic he was certain to create was done each time Alexander placed his fingers on a piano. But he also recognised a transcendental feeling singing tunes while walking down a roadway or in the shower, he shared during a light-hearted moment with The Gleaner.

“I never stepped up to the plate to record my voice. I’ve always been told, why not make a record singing? It is something. Truth is, when I start to play music on the piano, I get so engrossed in making the notes have so much meaning. And after making those, I’ve put so much of my heart and soul into it that there was no room for something like that,” Alexander said in his interview.

Well, he’s made room. After releasing over 75 albums playing the piano in different styles over the course of his six-decade-old career, Alexander is making his vocal debut on the Love Notes compilation slated for release on August 19.

Alexander shared, “I’ve always merged my love for American music with my love for Jamaican music. It’s the merging of two worlds, one love between the two worlds. And the inspiration was to sing. I made piano, piano, piano, which I am so proud of, but this is the first time I said I am going to make a record singing; and it came out okay, pretty good, wonderful, I don’t know… . And I am very happy about it, because it is something I always had the desire to do.”

He said that the forthcoming album tells stories about his life in Jamaica as a young, aspiring musician during the dawn of popular music between the 1960s and 1970s.

“I remember being in the recording studio at 14 years old, before the advent of ska and Bob Marley. I had heard songs that were identifiable from the [United States]. You could hear unquestionable Jamaican flavour in the rhythm, because we have our own identifiable sound in the way we play a rhythm,” he said. “There is a lot of talent on our island, but we need to celebrate it and think how to stay strong with the mission of being proud about the heritage, the music, art and sports. Celebrate the marvellous achievements, because it is a pearl of a little island, compared to all the countries of the world; meaning, just look what comes out of the size.”

On Independence Day, August 6, when the list of honours was released, the name Monty Alexander was prominently displayed. He has been upgraded from Order of Distinction to Order of Jamaica.

“I am feeling and thinking very proudly,” h said. “I never really thought that something this wonderful would happen. I have just been going about my music life, travelling like crazy going from city to city, and country to country since I started playing. However, I would always proudly relay to my audiences about a wonderful place called Jamaica, my home where I come from. I was totally amazed when almost 20 years ago, I was honoured to receive Commander of the Order of Distinction and then later on The University of the West Indies gave me a honorary Doctor of Letters. So, these accolades came and now here we are in 2022 to receive the Order of Jamaica and to realise the depth of honour that it really is, is making me so glad to be Jamaican and be able to make music...I am proud of this.”

He added, “I have lived in two different worlds, Jamaica as well as America, and the world because my life as an artiste has been worldwide, so as far as my career I don’t think of me receiving this honour from that standpoint, it’s more national pride and personal pride and when I am among my American peers, I don’t go to say I got an honour. It’s not my style, but hopefully they will hear about it. Matter of fact when some of my musician peers heard about the OD, they joked and called me by the nickname Commander and I don’t want to ever take myself seriously that people will treat me differently because I am still regular Monty, but not anybody ‘boasy’ as we Jamaicans say,” declared the 78-year-old jazz veteran, who in 1991 played on Unforgettable, Natalie Cole’s tribute album to her father, Nat King Cole.

On Love Notes, Alexander gives a rendition of over five songs that had Nat King Cole’s magical touch, including Too Marvelous For Words, Straighten Up and Fly Right, To The Ends of the Earth and Day In Day Out. One of the 11 tracks is an original, titled These Love Notes, featuring on guitars George Benson, who he has known from the 1960s. Listed among the other iconic musicians whose music are featured are Cuban-American trumpeter Arturo Sandoval and the late American jazz composer Roy Hargrove.