Reggae is alive and well, says Wizkid’s manager Sunday Are 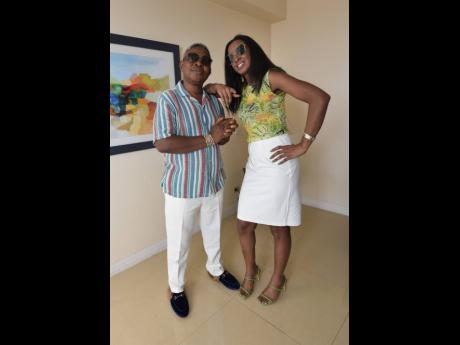 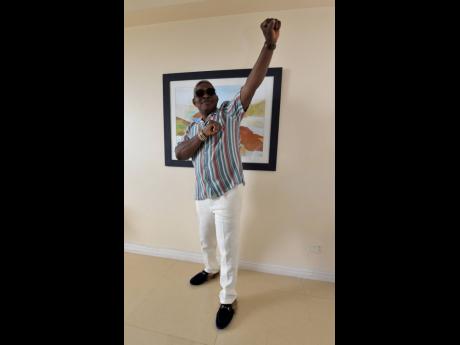 Ian Allen
‘Lightning’ pose from Are. 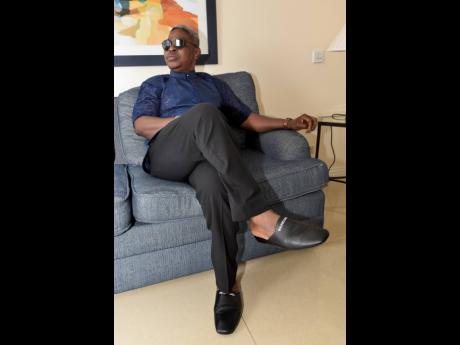 Ian Allen
Nigerian Sunday Are is a huge fan of reggae music.
1
2
3

During his whirlwind, first visit to Jamaica last week, Sunday Are [pronounced Ar-reh], manager of Afrobeats superstar, Wizkid, pronounced that “reggae music is alive and well” and shared that he has hopes of staging a mega concert in the island. Are, founder of List Entertainment Ltd, reported to be Africa’s biggest music management company, and also one of the most reputable talent managers in the Nigerian and African music industry, feels that the time has come – overdue in fact – for collaborations on a grander scale.

“It is about time for us to collaborate more. Jamaica is like [the] home that I feel like I have missed. Coming here now, I feel like I want to make this my second home,” said Are, who has been in the music and entertainment business for more than three decades.

Closely intertwined with that collaboration and second home concept are expansion, and of course, opportunity. And that can come in the form of signing reggae and dancehall acts, as well as dropping the annual mix-culture music festival, Starboy Fest, in a huge venue in the island, and so expanding Jamaica’s festival tourism offerings. Are’s vision is to have Africa’s top music stars meet with their counterparts in Jamaica and the Caribbean annually on one stage, whether in the islands or across Africa. His artiste Wizkid has collaborated with Chronixx as well as Damian Marley, who was featured on his 2020 Grammy-nominated album Made In Lagos.

He noted that reggae music is big in Nigeria and among his top acts for a concert there would be “Ziggy [Marley], Damian, Popcaan, Beenie Man, Shaggy, Sean Paul any time any day”.

An accomplished percussionist and conga player, Are lists the Wailers as musical friends and he is as much a disciple of Reggae King Bob Marley as he is of Fela Kuti, the Nigerian multi-instrumentalist, bandleader and pan-Africanist, who is widely accepted as the pioneer of Afrobeat (without the ‘s’.)

“I have my relationship with the Wailers from the ‘80s, I have a relationship with Ky-Mani Marley because I played on stage with him in the early ‘90s at a festival in Côte d’Ivoire and he asked me to jam with him,” he shared.

But even before that, Are was inspired by Majek Fashek, the late Nigerian singer and guitarist whose musical influences include Bob Marley, who he “resembled vocally”. Are shared an anecdote of a concert at the Apollo Theater while he was working with Fashek.

“We did his show in 1989 at Apollo Theater, and we had a write-up on the front cover of the New York Times. The headline says: ‘Bob Marley died in Jamaica; woke up in Africa, Nigeria to be precise, changed his name to Majek Fashek, the husband of Rita Fashek, not Rita Marley’. And Majek happens to be somebody I love very much. And me being a lover of reggae music ... it just connects like that,” Are stated.

While he had kudos for the media for contributing to the rise of Afrobeats, Are also noted that “It’s different music and it’s a new age ... it’s a different vibe.”

He pointed out that hip hop artistes are also collaborating with African artistes and mentioned names such as Beyonce, Chris Brown and Drake, as well as Afrobeats acts Diamond Platinum from Tanzania and Shatta Wale. “I am loving it. It is making us happier that African music is accepted all over the world right now and it’s growing fast and is also making the economy grow for us.”

Are was invited to Jamaica by his Caribbean representative Shauna Fung Yee, CEO, founder of Down 2 Earth Productions. “His visit to Jamaica is long overdue. Several invitations have been extended to him from D2E and this one came at a time that’s so significant to Jamaica celebrating its 60th independence, a history which is linked to Africa. For this occasion he postponed several important events to experience Jamaica’s 60th Independence Gala and summer in Jamaica,” Fung Yee shared.

Are expressed his delight: “I am happy to have witnessed Jamaica’s spectacular 60th Independence. Stepping off the plane at the Norman Manley International Airport on August 4, I feel the independence vibes in the atmosphere, with Jamaica’s colours displayed everywhere beautifully, and reggae and dancehall music playing everywhere I go. It’s my first time in Jamaica and immediately I feel at home. The irie vibes with good friends eating delicious jerk chicken with festivals, fry fish with bammy, and drinking Red Stripe beer. My short trip was out of the world and I hope to be back in Jamaica this year.”

During his visit, Are met with the Nigerian High Commissioner to Jamaica, Dr Maureen Tamuno.