Marley family arrives in Jamaica; Jo Mersa to be laid to rest 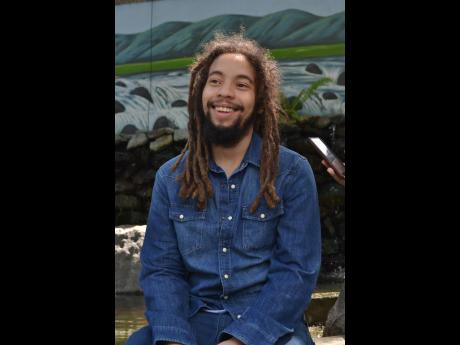 The family of Joseph ‘Jo Mersa’ Marley arrived in Jamaica today, in preparation for a thanksgiving service for the life of the reggae singer..

A chartered flight carrying more than 50 family members touched down at the Norman Manley International Airport in Kingston earlier today.

The body of the 31-year-old singer and musician, who died on December 27 in Florida, also arrived in the island.

Jo Mersa is the first son of Stephen Marley, the son of reggae icon Bob Marley and Kerry-Ann Smith, who is the younger sister of Dancehall Queen Carlene.

A well-placed source confirmed to The Gleaner that Jo Mersa will be laid to rest next week Tuesday.

"The funeral is January 17 in St Ann ... that's what I was told. There was also a vigil in Florida on Tuesday before the family left for Jamaica," the source said.

Following his death, several reggae and dancehall artistes have paid tribute to the young father of one who was steadily making his name in the music business.

Ghetto Youths International, the label founded by Stephen and his brothers, issued a statement on Instagram days after Jo Mersa's death.

“Joseph ‘Jo Mersa’ Marley was a strong, humble, talented, beautiful human being. A son, husband, father, brother, nephew and cousin and a well- loved Young Lion. The Ghetto Youths International Family is deeply saddened by his untimely passing and appreciate the outpouring of love by fans, friends and colleagues. Jo’s memory, spirit and his music will live on as a testament to his great impact in his short 31 years. We love you Jo,” the Ghetto Youths statement said.

The young Marley, who was reportedly severely asthmatic, was found unresponsive in a car in Miami-Dade County.

Minister of Culture, Gender, Entertainment and Sport Olivia Grange led the entertainment fraternity in mourning the death of the artiste, whose untimely passing, she noted, "is a huge loss to the music as we look to the next generation”.

Minister Grange said in a release that she was “deeply saddened by the news” and shared that Jo Mersa was part of Jamaica’s grand 60th celebrations earlier this year.

“We were graced by Joseph, whose stage name was Jo Mersa, performing at our Jamaica 60 Launch in Miramar, Florida, United States in May this year. I extend my deepest condolences to Stephen; Jo’s mom, Kerry,